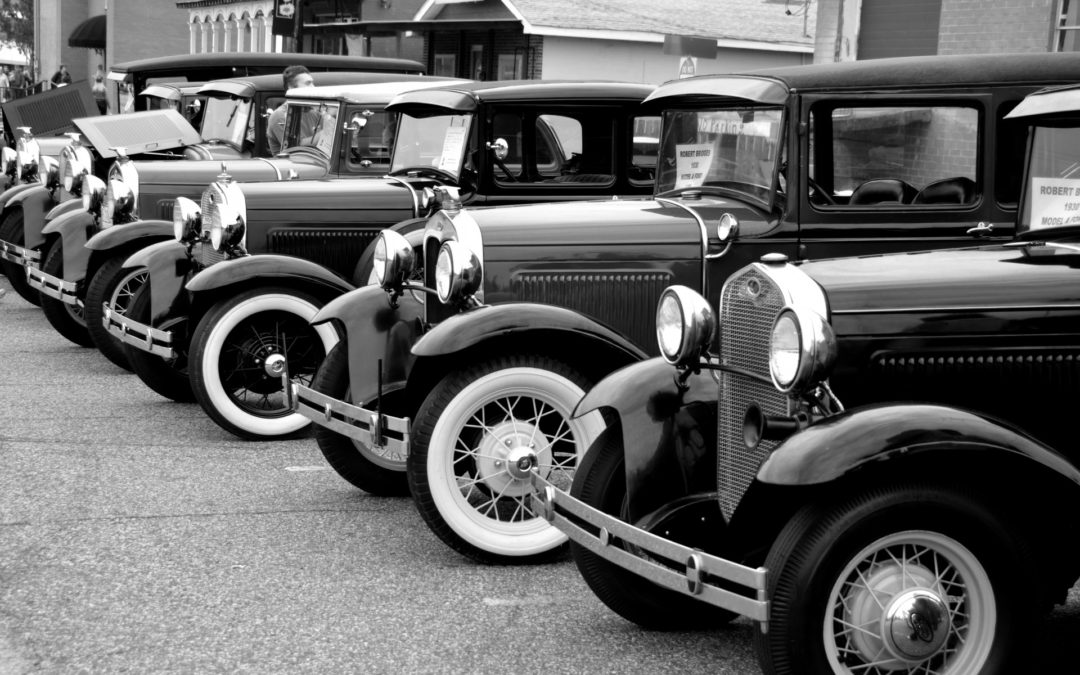 Final day of dashboard week! For those who haven’t read my blog on yesterday’s dashboard, I spent half of today working on Thursday’s dashboard. So I worked very quickly to get this out of the way so I could focus on Thursday’s. We were given ABS data on vehicle registration data. There were 9 sheets, each with their own data. After doing a quick analysis on each sheet, the information on car manufacturer information struck me as the more interesting dataset to analyse. I immediately thought of doing a slope chart which was something I did for the Baseball dataset from Day 2. It’s a great way of comparing ranks from two different periods. There was data on 2013, 2017 and 2018. Since the time jumps weren’t consistent, I chose to compare 2013 and 2018 as a five year gap to see how car manufacturers are performing over a longer period. To complete the story and give the full picture I also wanted to see the change in percentage of vehicle registration numbers from 2013 compared to 2018. This is important to know as Ford remained rank 3 but had lower numbers in 2018. This may be indicative of a trend and could result in a lower rank in the next few years. I visualised this in a bar chart and manually sized it to match up side by side with the slope chart. Isuzu was causing a bit of problems as it’s percentage change was extremely high compared to the other values (10x higher) which skewed the bar graph and made it harder to read the other values. I fixed the axis so that the other manufacturer’s could still be seen in the bar chart. Considering I only spent a few hours from start to finish, I was pretty happy with how it turned out. It was simple and did the job of telling the story. 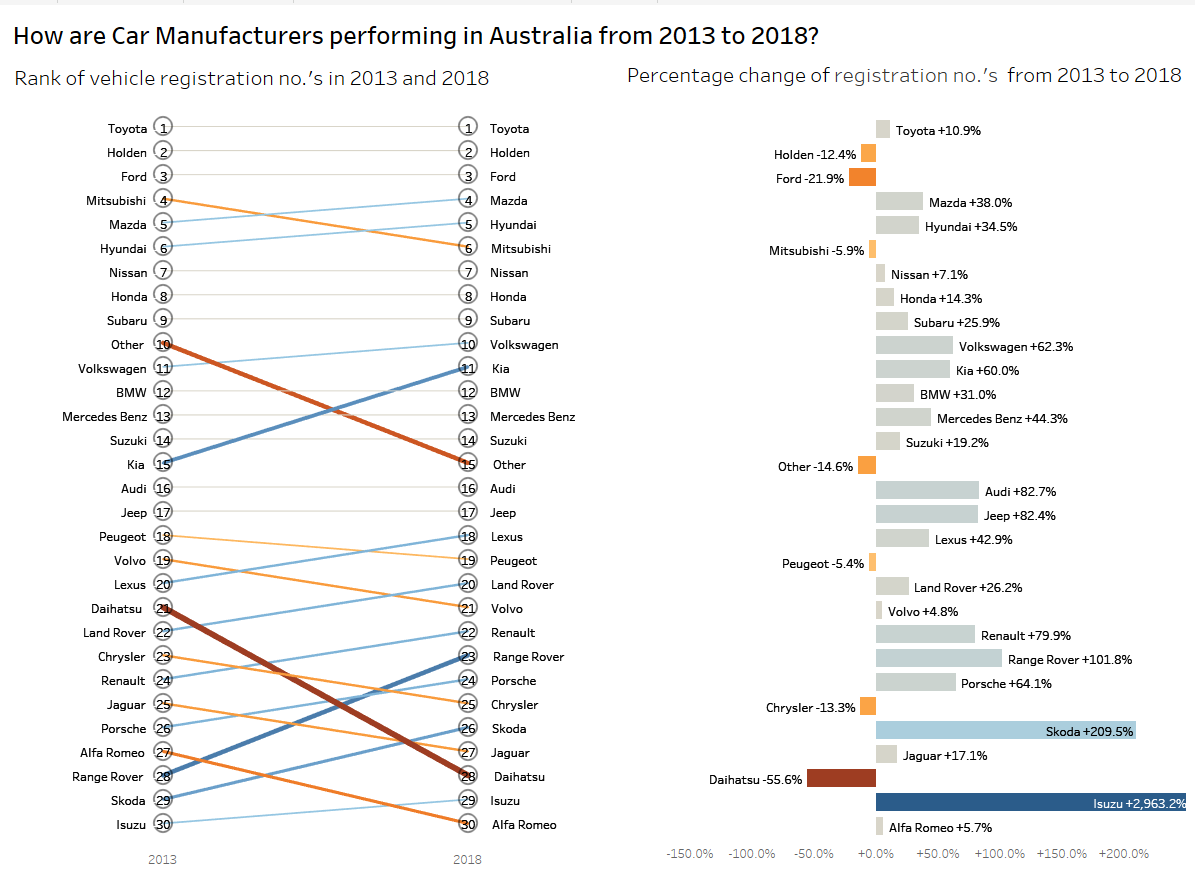 After presenting, one of the biggest takeaways was to show the raw numbers as well as the percentage change from 2013 to 2018. The reasoning made a lot of sense – Izuzu’s large percentage growth was mainly because there were not a lot of Isuzu cars to begin with. It’s easier to have a large percentage change with low initial numbers. I put the actual numbers in the tooltip so that this context could be provided.

It was definitely a challenging work. It wasn’t as stressful as I thought it’d be. I learnt how to build a story and prioritise the components of building a dashboard so that there is something presentable. Picking the right chart type is pivotal as it can make a world of difference. Keeping in the back of your mind of the purpose of the dashboard is also paramount. It helps focus your effort into achieving that goal. If you are just throwing measures/dimensions in without knowing why you’re doing it is ultimately unproductive and not fruitful for the end user. The meetup we had with Cole was invaluable in solidifying this as she made it quite evident that good storytelling and visualisation techniques is key in order to effectively communicate your findings to the end user.