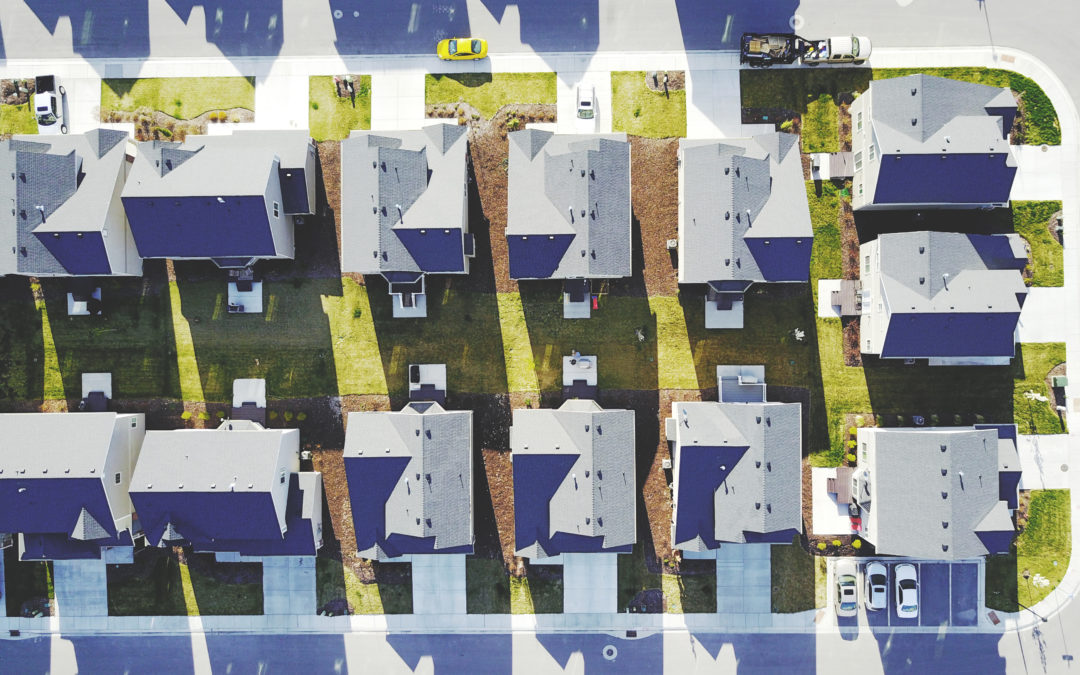 The infamous dashboard week is finally here and for our first challenge, we’ve been asked to produce a dashboard using the data from the American Housing Survey 2019. Having just had 2 huge client projects back to back, I was cautious this week to not bite off more than I could chew. Due to the time constraints, I really wanted to, at least for the first day, set a realistic goal by starting small and then, if I had time, build upon this to enrich the insights I’d already found. Our coach Craig’s advice was to timebox yourself for the end of the working day; don’t stay up slaving all night to produce an all singing, all dancing dashboard – the point is to show what we can produce within a given timeframe. In the words of my fellow ‘cohortian’, Jason, this week is going to be good vibes only!

The data contained responses to numerous questions across many topics regarding housing by over 63,000 respondents. Our job was to find a story within all this data, create a dashboard and write about it in a blog post to present all by 9am the following day.

After a little while of exploring the different CSV files, I found something in the ‘Household’ data which I thought could be interesting to explore. The respondents had been asked a set of questions about their perception of their neighbourhood. My first goal was set: show these responses in a Likert chart, a best practice for visualising survey data, which is something I hadn’t done since our initial training with Tram before Christmas. It also shows in this sheet that the respondents’ household incomes had been recorded, so my second goal was to break their responses down by income brackets and see whether this had any correlation with their answers.

I did limited work in Alteryx compared to what I’ve seen from others, but did use the pivot data facility in Tableau itself to structure everything properly for the Likert chart. To walk me back through the lesson we did with Tram, I used Sean Gu‘s blog which was immensely helpful. Below you can see Control which is the respondent ID, followed by each of the question codes and their respective responses next to them. 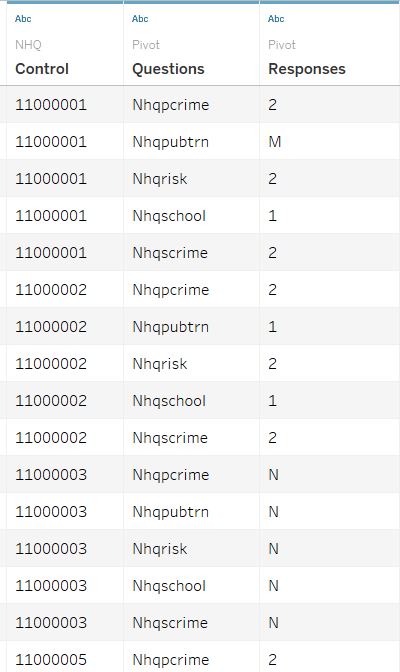 I’m quite proud of the little Viz I managed to put together, all before 6pm I might add, which is a pretty big feat for me – I have a tendency to agonise over the minutia which, during dashboard week, there really isn’t time for. 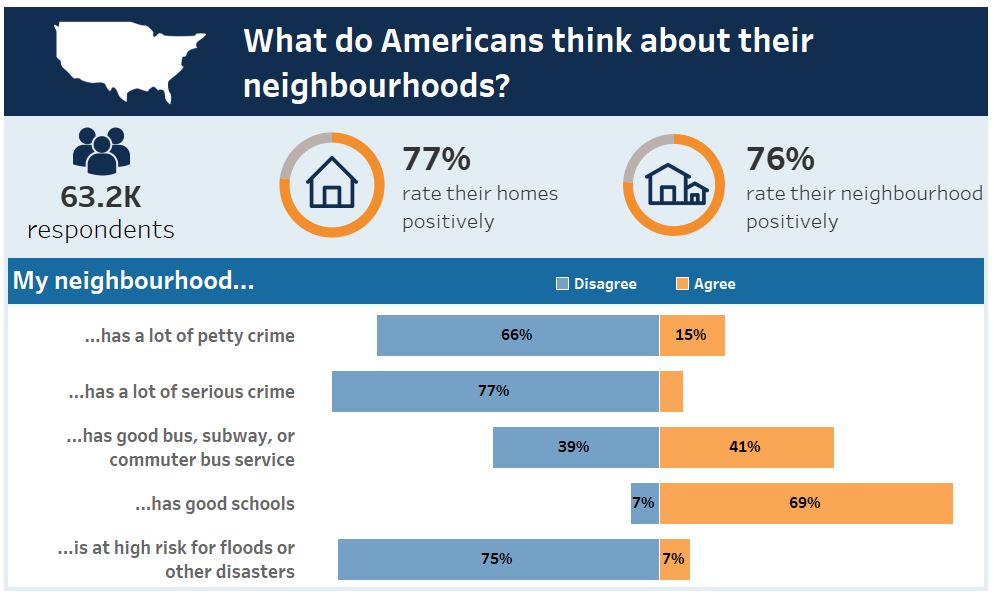 Things kick off with a total number of respondents to give the user some context around the survey. Next, instead of littering the dashboard with Likert charts, I categorised the responses given to rating your home and neighbourhood out of 10, 10 being the best, into 1-5 as a negative response, and 6-10 as positive and displayed these as a BAN percentage.

The Likert chart then breaks down the responses to the 5 questions, and using viz-in-tooltip, the user is then able to dive deeper into the responses by breaking them down by income bracket. 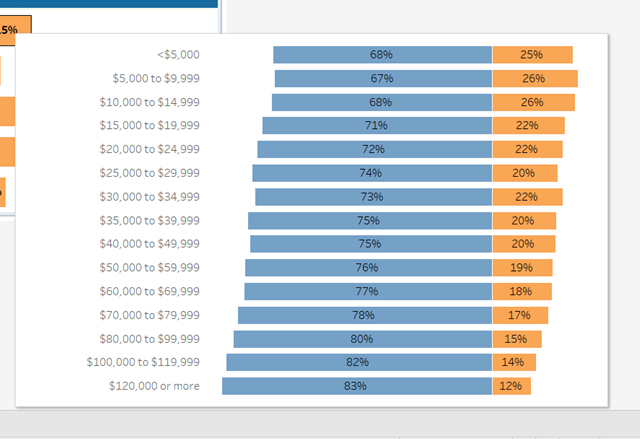 What stood out to me initially was that of the people surveyed, the majority of people seem to view their homes and neighbourhoods favourably; over three quarters to be more precise. Good vibes!

Of everything, the most evenly split response was regarding public transport. With the poor reputation the USA has regarding its public transport infrastructure, I was expecting this to be slightly more on the negative side, however, compared to the other questions, opinions are definitely the least one sided.

What did stand out, somewhat predictably, is when you look at the breakdown by income bracket for all of the measures, you can see the lower the household income, the more the responses shift for the worse. For example, those with a household income of up to $15k per year are around the 25% mark for their neighbourhood having a lot of petty crime, compared to just 12% for those earning $120k and over. Having said that, this is a survey response, and is based on people’s perception of their situation rather than the facts necessarily. This isn’t to say that the findings aren’t indeed the case, but it’s always important to keep this in mind when dealing with survey data.

If you want to take a look yourself, check out the Viz here.