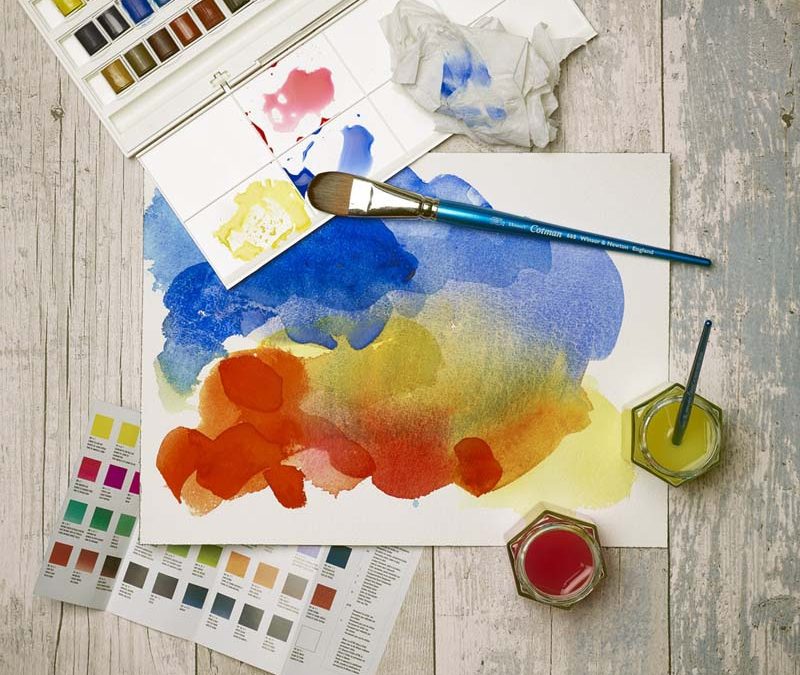 For day 2 of Dashboard week we had to find a story within a dataset of Olympic competitors since the modern games started.

Only this past weekend I had a question in a trivia game asking, ‘when did they scrap Art Competitions from the Olympic Games?’. I remember everyone thinking, ‘I did not know that used to be part of the Olympics’, and even people I’ve mentioned it to since have been surprised. What a perfect story for a Viz!

As part of the challenge we were encouraged to enrich our work with an external dataset. I decided to try and see if there was any connection between a country’s success in Art Competitions and their education levels. I managed to find a dataset on the Education Index (EI) of countries since the 19th Century which is a measure of Mean Years of Schooling against Expected Years of Schooling and comprises part of the Human Development Index.

The biggest challenge was that the years there was an EI recorded for did not match up with the years the Olympics took place, so I used Alteryx to determine which the closest year in the EI dataset was to each Olympic year and use those figures. Once the year was assigned, I joined the two datasets using this field in Tableau. 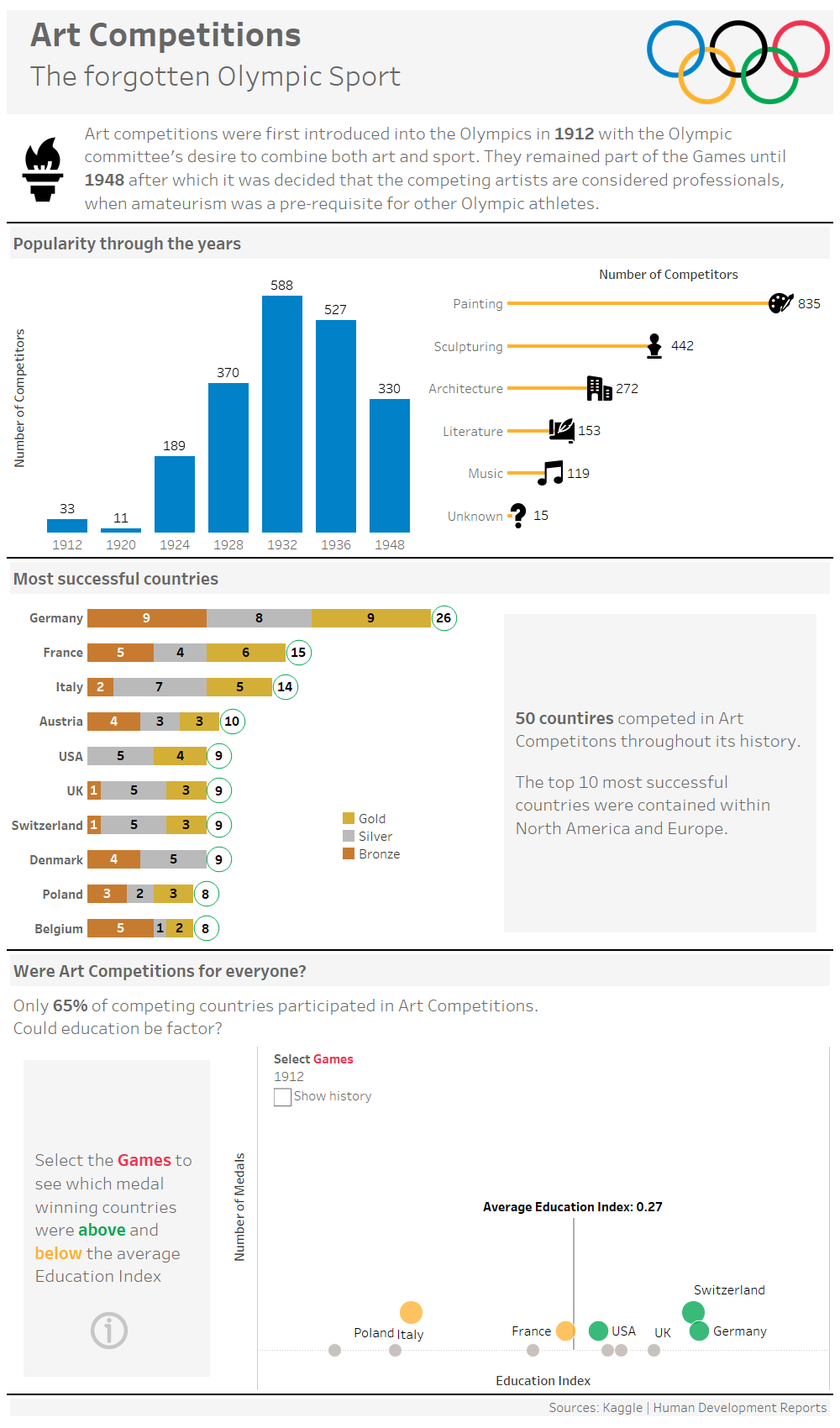 The Viz is divided into three main sections.

Popularity through the years: This allows the user to visualise how many competitors there were for each of the Olympic games in Art competitions as well as a breakdown by category.

Were Art Competitions for everyone?: We are able to explore whether there is a relationship between Education Index and medal wins through the years and hover over the circles to see the winners themselves.

The number of entrants to Art Competitions increased dramatically since its induction, but dropped slightly since its peak in 1936.

Germany won the most medals by far and all the top 10 performing countries were contained within North America and Europe, despite a total of 50 countries entering the competition throughout its inclusion in the Games.

What I found most interesting, but I suppose not surprising, is that the majority of medal winning countries each year fell above the average Education Index.

If you’d like to look for yourself, the final dashboard can be found here.