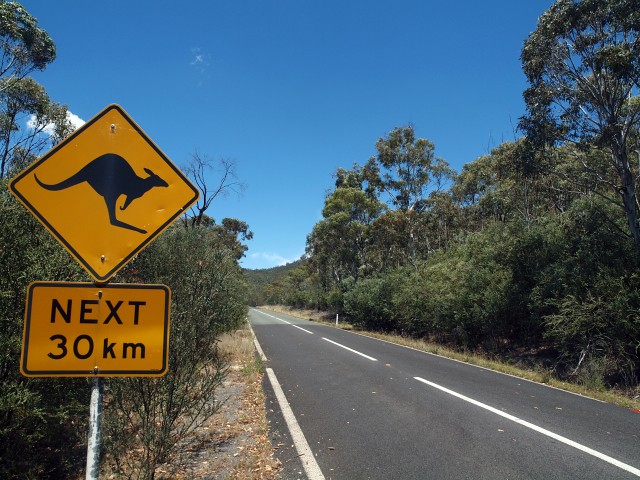 It’s our penultimate day of Dashboard Week and we’ve been set the challenge of creating a dashboard using a dataset on car accidents in Victoria since 2006.

We’ve been lucky today in that there is really no data preparation to do – just a case of joining various tables in Tableau. In fact, if we wanted to use Alteryx or any other data preparation programs, we needed permission from our coach!

I quickly began looking through the user guide trying to think of something interesting to tell which wouldn’t cross over with anything anyone else in the cohort was doing. As I was quickly skimming, my eye was struck (pardon the pun 🙄) by the word ‘Kangaroo’ in a list of field descriptions. There it is! – I’ll do a Viz on accidents in VIC involving animals to see if we can identify any hotspots. 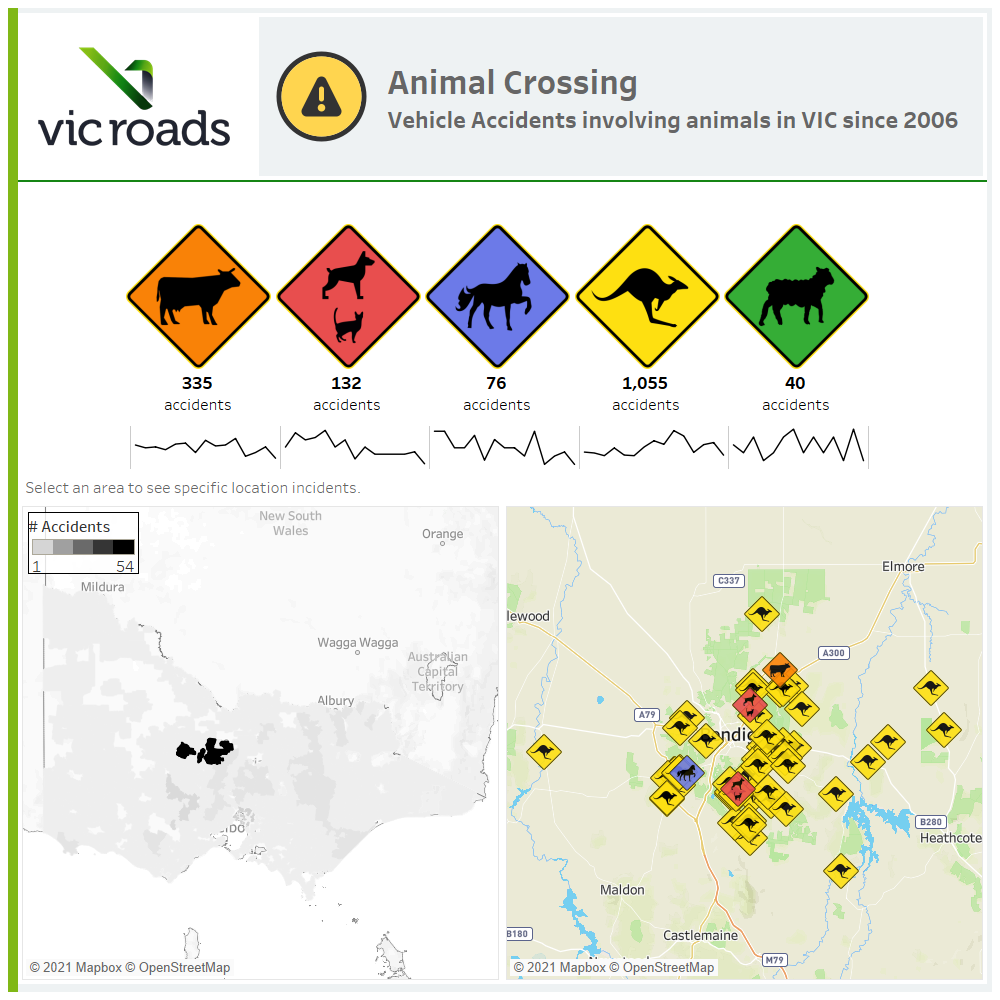 The dashboard isn’t overly complex, but I think it does its job in allowing the user to freely explore where accidents involving animals have occurred.

You can use the heatmap to locate which postcodes have had the highest number of accidents and this is adjustable by selecting specific animals from the warning signs along the top. Each animal also has a trendline which the user can use to see a breakdown of the number of accidents by year.

If the user selects a particular suburb of interest, the right hand map will pop up to give the specific locations of the accidents in that area. It shows all animals for the selected area, but if a particular one is selected from the warning signs, it will make the other animals smaller, but still retain them for easy visual comparison of how other species have been affected in the same area.

For the dashboard, I did group the Melbourne suburbs together for the purposes of the heatmap – as there are many small postcode areas in Melbourne it gives a better comparison to the rest of the country if the areas are grouped.

You can straight away from the numbers see that kangaroos are the most affected species by reportable car accidents in Victoria. This does make sense as they’re the only non-domesticated animal on the list. Having said that, a lot of the agricultural animals do run semi-wild, but I suppose more provisions to keep them contained, such as fences, are put into place to prevent them from going where they shouldn’t.

The area with the worst postcode for animal accidents is around Bendigo, largely driven by the number of kangaroo/wallaby incidents, 50 to be precise. Bendigo appears to be pretty much enclosed by parks and green land so it makes sense that there would be a high likelihood of collision with wildlife.

The number of accidents involving domestic dogs and cats is lower than I would have expected, but we have to bear in mind that the dataset is taken from police reports and so it would only be recorded if the accident was severe enough for it to be reported in the first place. Many more pets may be involved in car accidents, but may not necessarily be reported. The highest concentration of domestic dog and cat accidents is in Melbourne, which, with the highest population of people in the state, makes sense.

Something which stood out for me was, again, in Melbourne. In a sea of cat and dog accidents, a random sheep appears, and on the Princes Highway at that. Perhaps an escape attempt from a truck, or maybe just heading to the big city in search of a better life. We’ll probably never know, but a fun insight nonetheless. 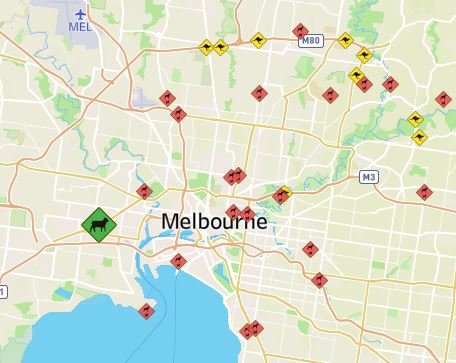 If you’d like to check the Viz out for yourself, you can do so here!