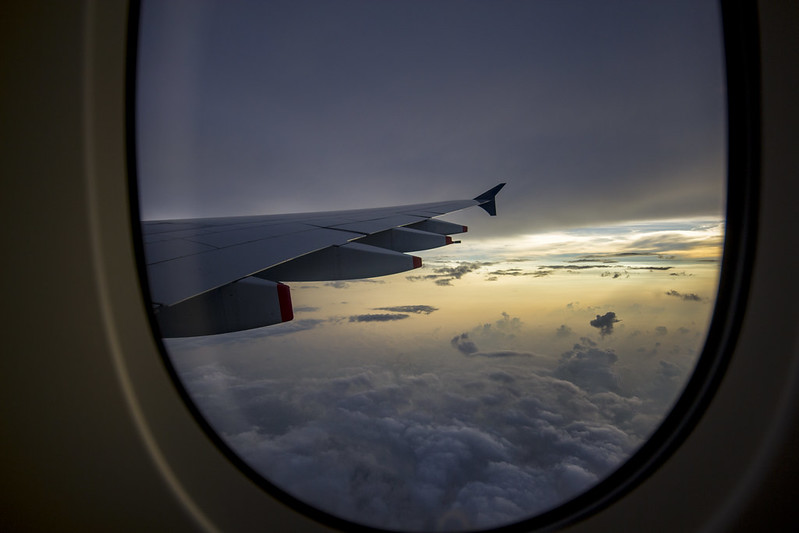 The final day of dashboard week has arrived, and as a plot twist, instead of presenting the previous day’s Viz at 9am as we’d been doing all week, we’re going to be getting stuck straight into today’s challenge and then presenting both today’s and yesterday’s efforts more formally at 3pm.

Today’s challenge was to construct an interactive dashboard based on the OECD Better Life Index dataset. Countries are measured on several categories such as Education, Housing, Job Security etc. and we want the user to be able to explore the data to inform their decision on where they might be happiest living based on the findings.

The most challenging part of today’s dataset was getting to grips with how to standardise the results; some categories were given as a percentage, others as a rating, others in USD. From the get-go I knew I wanted to incorporate a radar chart into my visualisation as I’d never done one before and this challenge presented the perfect opportunity to do so. For this to work, I needed to convert all the measures into a score out of 5… Enter Alteryx stage left.

Once the values had been standardised, the dataset was ready to be brought into Tableau.

Having been back in Australia from the UK almost one year to the day, I thought it could be interesting to put some kind of comparison together so that the user could check whether I’d made the right decision to relocate and for others in a similar position to check Australia’s scores against their home country. (DISCLAIMER: I didn’t need a Viz to know I’d made the right decision). 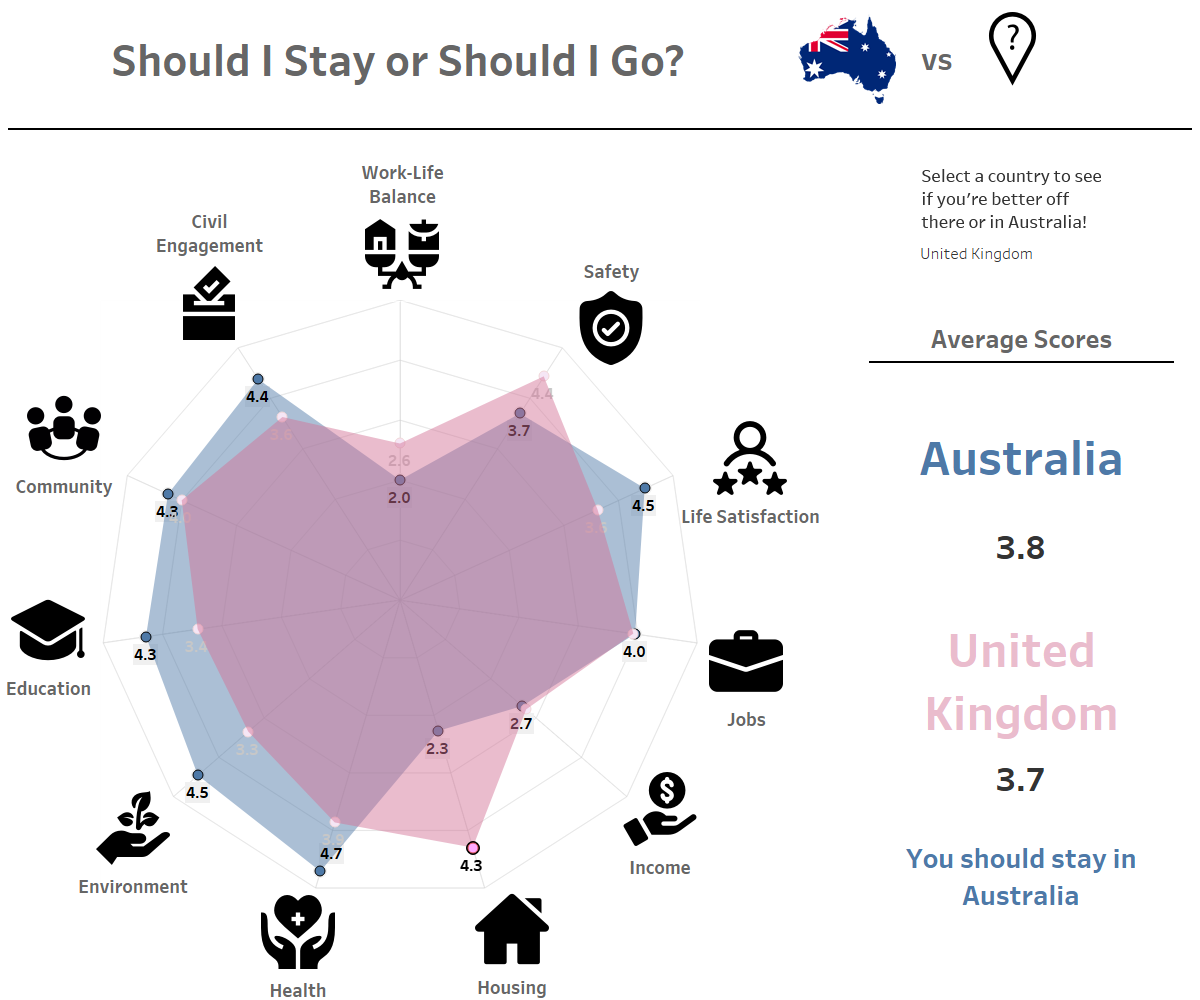 In a nutshell, the user can select which country they would like to compare against Australia, and it will tell them based on the overall average score out of 5 where they’d be better off according to this dataset.

Unsurprisingly, Australia beats out most countries on the selection list, and those that it doesn’t, such as the Scandinavian countries and Switzerland, don’t beat it by much. As with any of these indices, you have to take them with a pinch of salt as everyone’s experience is different, and they can’t all incorporate all aspects of a place in one sitting. For example, the inclusion of some kind of weather metric may see some of these average scores turned on their head.

The next steps for this would, as mentioned, include supplementary data or some way for the user to rate what’s important them to give weighted averages and see how that affects the outcome.

You can check out the Viz yourself here.