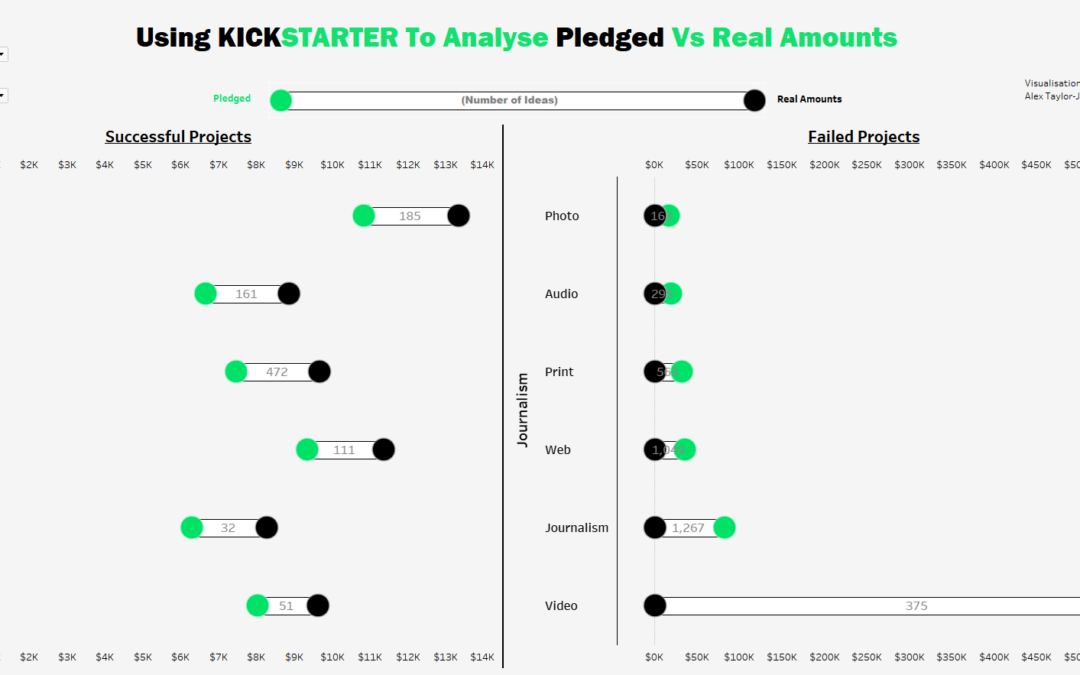 For today in dashboard week, our task was to use a Kaggle dataset to do with Kickstarter data. This task came with a caveat, we couldn’t use Alteryx. We usually use Alteryx to clean and prep data, so without it we used Tableau prep. Luckily for us, the Kaggle dataset is clean already, so we didn’t have to do a lot in Tableau Prep. Prep was mainly used to analyse data relationships and do some basic cleaning.

Since the use of Tableau Prep was limited in today’s project, I will try to use this blog as a tutorial into Dumbbell Charts instead.

To begin with, I downloaded the data off of Kaggle, specifically I used the 2018 file. I use this as the 2016 file contains around 50,000 less records. The 2018 data is relatively clean, the only thing that might need to be fixed is the country field, as there are some entries for which the value is: “N,0”. I converted this to undefined.

A lot of the other tutorials on Dumbbell charts focussed on using a “year” metric, but you really don’t need to.

The trick to any DumbBell chart is a dual-axis and measure values. On the chart below you can see some of the important things highlighted in red. 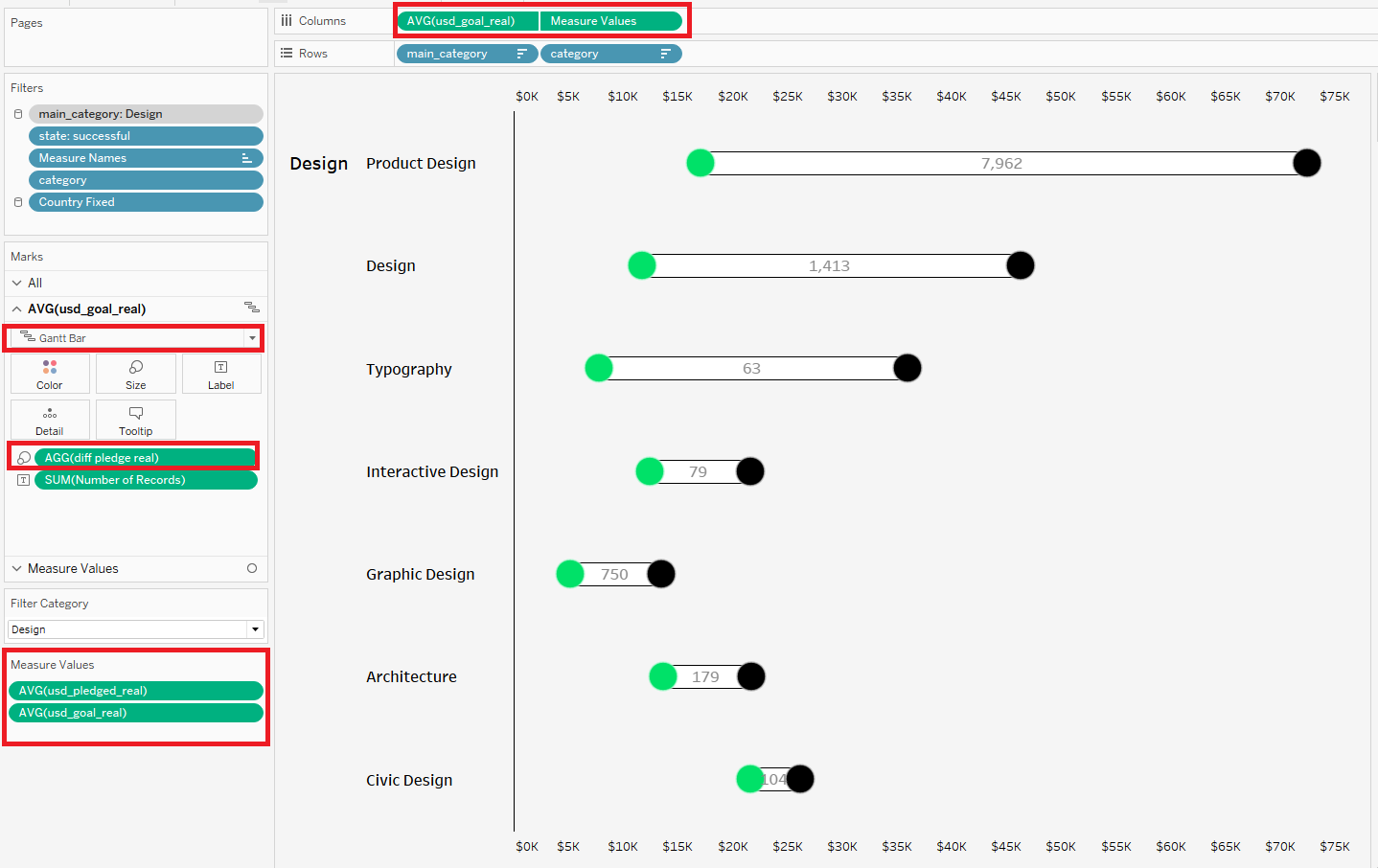 After those steps, the Dumbbell chart is ready for customisation. The same concepts can be used on years, but you may have to use the “datediff function” in Tableau.

The Final Viz can be seen here. I wanted to analyse the difference in what people asked for and what people got for projects that were successful. with the Dumbbell chart this can be seen quite clearly: the projects that failed wanted too much money. Perhaps lowering the amount can encourage more people to take part, people like to be part of a grassroots campaign, rather than the sole investor. I also put the number of records on there so it can be seen how many projects were successful or failures.