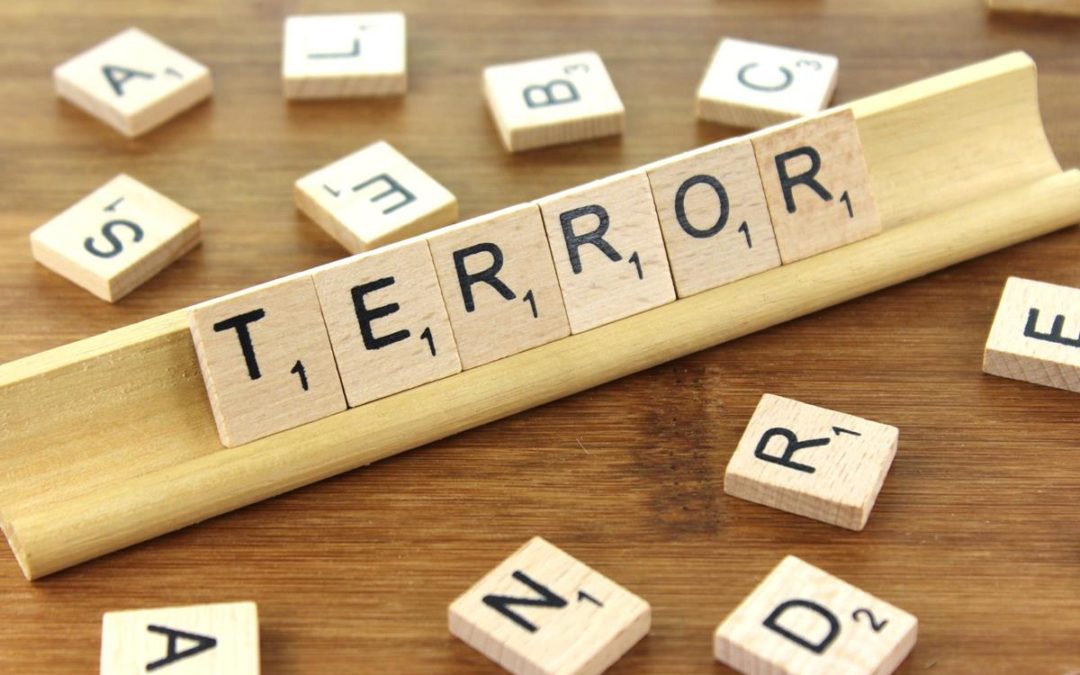 Day three of dashboard week involved a global terrorist data set. With 135 fields and a 65-page definition page, it was clear that there was a lot we could do with the data. After reading over the documentation and seeing a lot of fields about hostages/kidnappings from each attack, I decided to zone in on this area.

The first step was to rename fields I planned on using to something more meaningful in the data set and filter out fields I knew I wasn’t going to use in Alteryx. Also, a few other additional tweaks, such as creating a date field, as it was split up as years, months and days in separate fields.

After then putting it into tableau and exploring the data I noticed that hostage count and a bunch of other fields contained negatives numbers. After reading the documentation again, I realised that -99 was used to signify an unknown value. So after creating multiple flags to be used to filter out these values, it was back to exploring in Tableau.

Using the flags and additional calculations I was able to start exploring the ransom vs the amount of ransom paid. I created a filter that allowed to view the amount paid from different knowledge bases on the event, eg if the paid amount was more than the ransom asked for.

Next step I wanted to do something with the locations on each event. Mapping this and sizing the number of hostages taken. From this and the chart that I had made on the ransom amount paid i could see some clear outliers. So next step was to create a filter that allowed the viewer to see either the lower end of the scale or the top end. 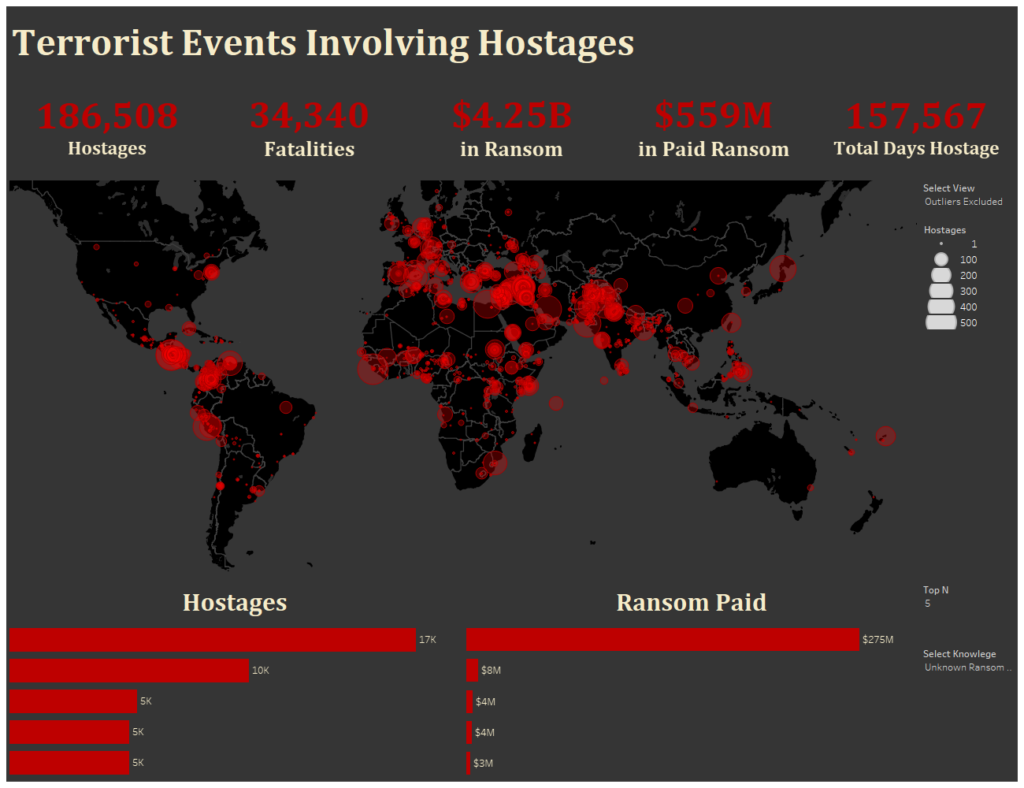 An interesting data set to work with, I will definitely be going back to explore the data further and keep adding to my dashboard