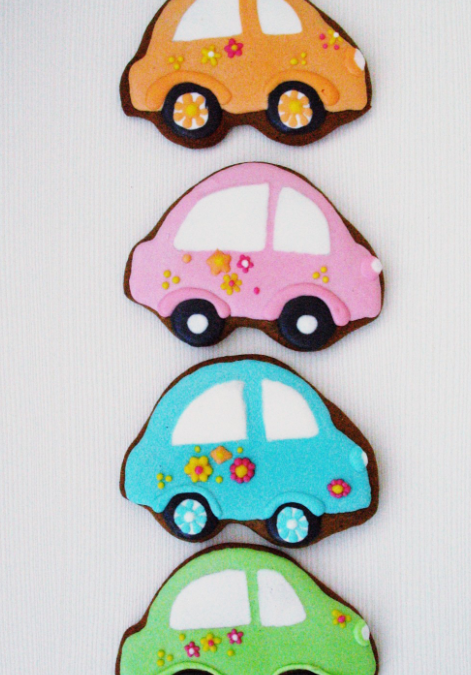 Finally, we have made it to the last day of dashboard week.

For day 5, we were given the choice between two data sets. One was from the Australian Bureau of Statistics on the Car Registrations from 2013-2018 and the second was influenza dataset. I chose to go with the ABS Data as I thought it would be handy to practice getting ABS files into the correct format for Tableau.

The excel file had multiple tables, so the first step was to decide which tables I planned on using. The first table contained how many registrations per manufacturer, which I knew that I wanted to work with. So I started by getting this table into the correct format. Below shows my alteryx workflow on how I achieved manipulating the data into the desired shape.

Then I decided that I wanted to grab a few of the other tables as well. These all followed similar steps in Alteryx, all trying to get everything in a long column format. Next, it was time to explore what I have in Tableau.

By the time I got into Tableau, I didn’t have enough time to fully explore each table as I had planned to. I was able to make a bump chart that showed the rankings of car manufacturers for the number of registrations over the given time period. I also created a heat map to show how the percentage difference between the years changed. From the heat map, it was obvious that Isuzu was an outlier, so I created a filter that allowed the viewer to be able to deselect this from the view. 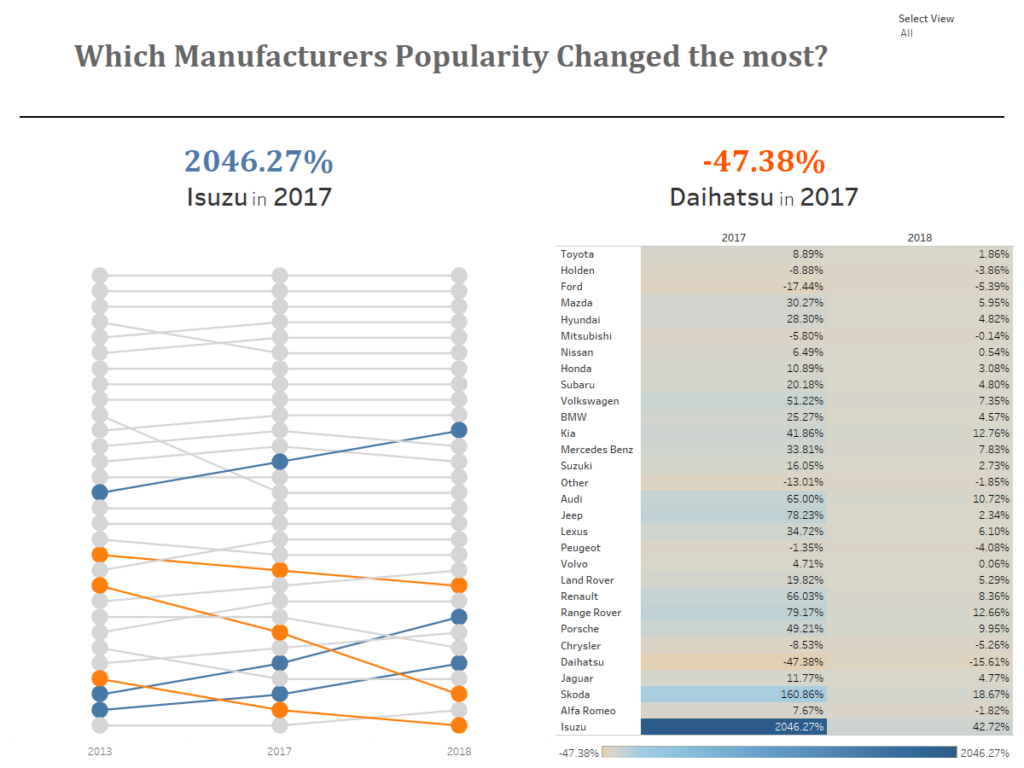 After getting some feedback from my follow data schoolers, I decided it was best to only show the difference between the starting and ending year only. As the differences between all the years in the dataset were different, so my charts were misleading. 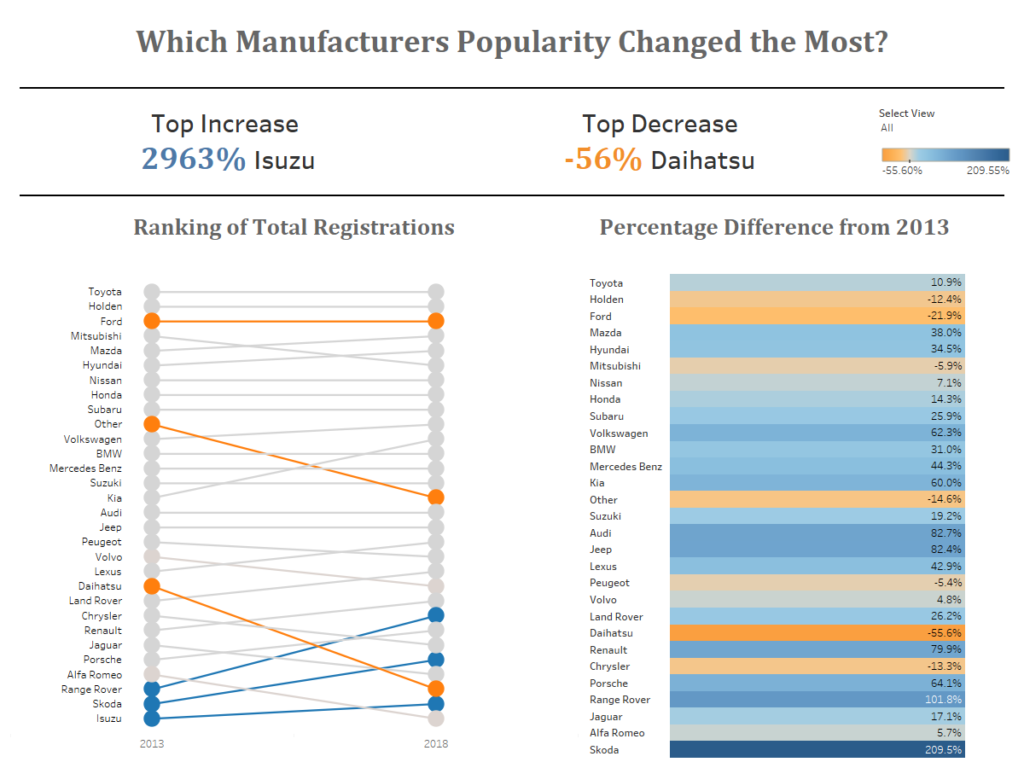 Next steps would have been to include more of the tables in my dashboard. I had started to analyze data about the types of fuels and weights but nothing was fully complete and therefore did not make it onto my final dashboard of dashboard week.