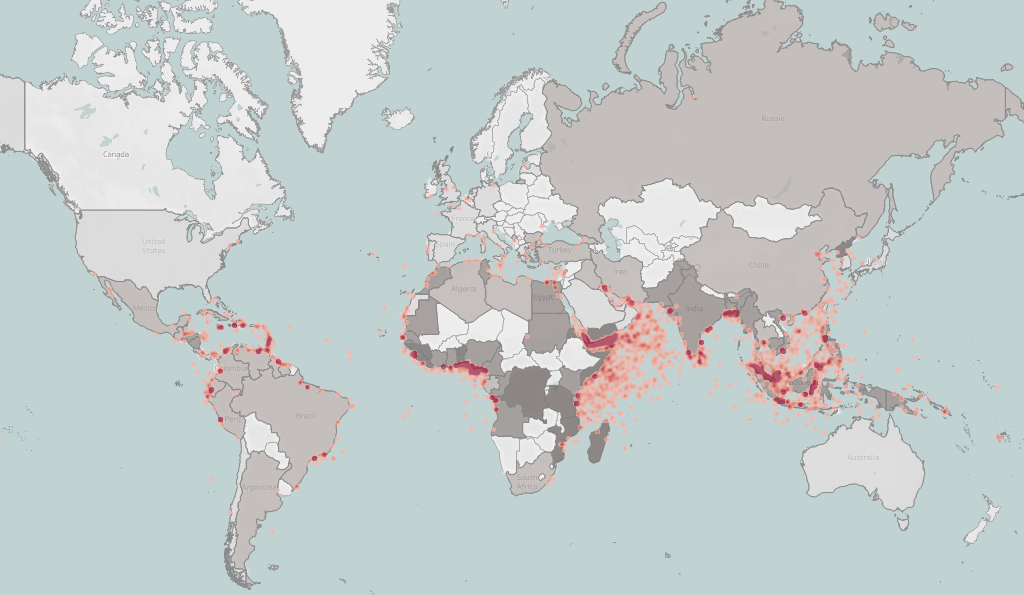 As I am writing this, the second day of Dashboard Week is almost over . It’s been an intense day, but we’ve been lucky to work on a very interesting topic. Today’s challenge was to use data on piracy from Maritme Information, combine it with other interesting data of own choice, and visualise it in Tableau.

I started by downloading and having a look at the Piracy data and brainstormed what other data I could combine it with to make it more interesting and engaging. The piracy dataset consists of all registered incidents related to piracy around the world from 1978 till today, with longitude and latitude of each attack, a victim and hostility description, and a general description of the attincident. As the dataset had longitude and latitude of each incident, I thought it would be interesting to find what countries the incidents were linked to and the level of prosperity for the respective countries. I found a dataset with spatial polygons of all the maritime zones and the the respective ‘owner country’ around the world at Marine Regions web page. I downloaded this dataset and did a spatial match with the longitudes and latitudes from the piracy dataset to determine in which country’s waters the incidents had happened. As the spatial match took a long time due to its size I decided to output this to a yxdb-file as I didn’t want to run it again. Please see a screenshot of the workflow below.

After a couple of hours and many iterations later, I ended up with the visualisation as shown below. The dashboard is fully interactive, and you can find it on Tableau Public by clicking here. One of the interesting insights from the viz is that Indonesia is the country in the world with the highest number reported of pirate incidents in their national waters. For the future, I would like to compare the GDP data for country and each year with the number of pirate incidents to see if there can be a relation here. It would also be interesting to look at different types of incidents. 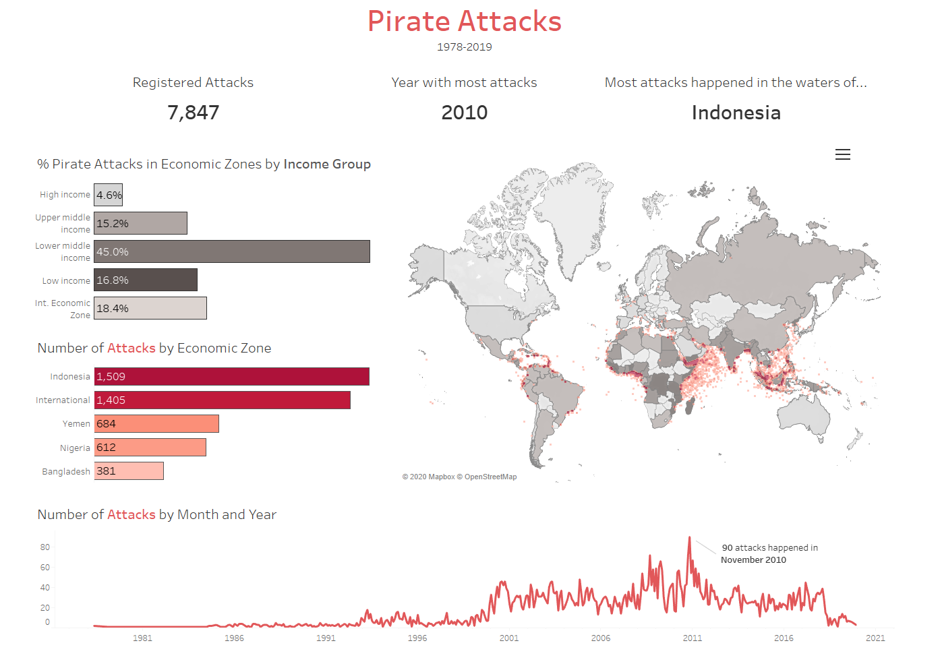