Alteryx Inspire APAC – Let me Alteryx that for you 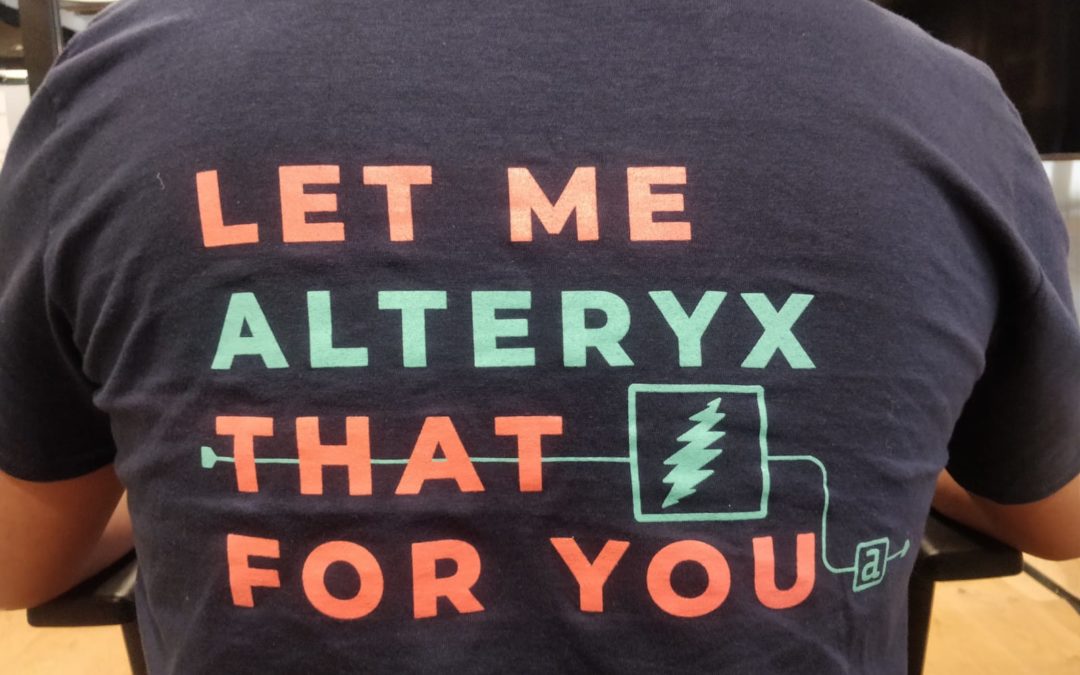 Today we had the pleasure of attending the Alteryx Inspire APAC conference. We started our day nice and early at 8am for breakfast and to hear the keynote speaker, Alteryx CEO Dean Stoecker, speak about Alteryx itself. 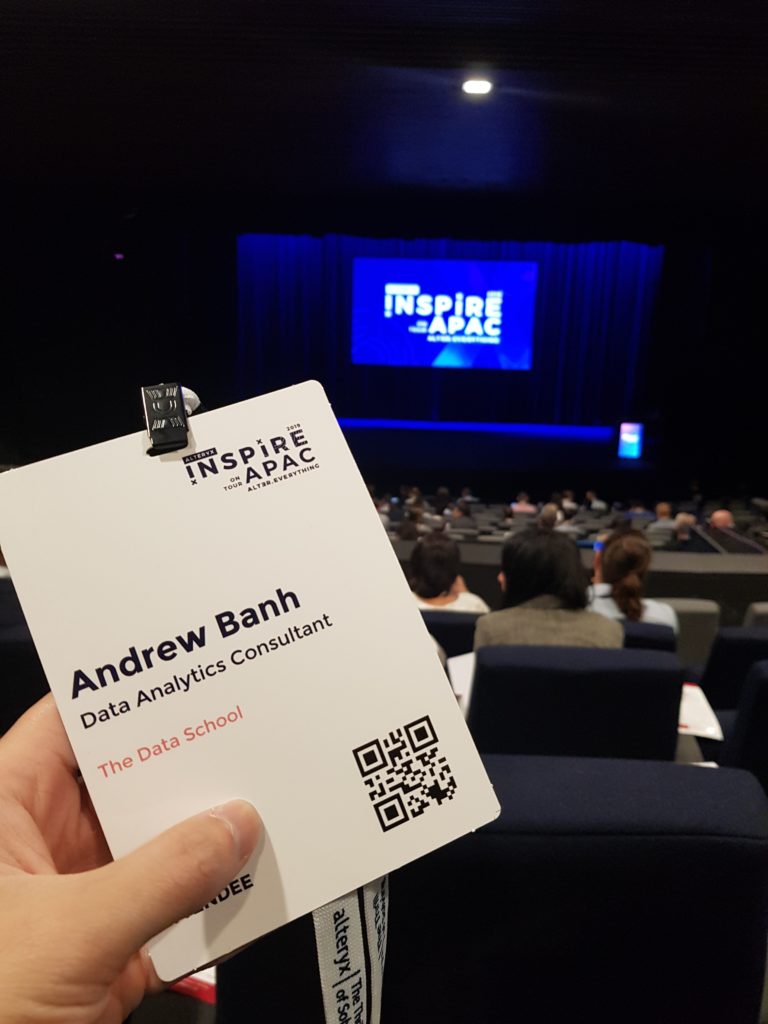 There were quite a few sessions during the day and at times it was hard choosing which session to sit in on, as there were usually 3 running at the same time. It was also quite humbling to hear some of the speakers mention The Data School and the work we have done for them. Thank you for the recognition!

Throughout the whole day, I must say I never felt more proud to be a Data Schooler. The recognition we received from members of the Alteryx community was something I have not adjusted to yet. It was also very gratifying speaking to members of the public who wanted to find out more about The Data School.

I spoke to potential leads who were curious about the client project weeks and the logistics around them. They were definitely interested in the type of industries we have been exposed to and what they would ultimately get out of the time they have invested in to getting the data green lighted for us to work on.

I also spoke to potential Data Schoolers who wanted to find out about my experience over the last 15 weeks (yes, only 1 week to go). I could definitely sense the excitement in them as I recounted how much I was able to learn in such a short span of time, alluding to both the technical and consulting aspects.

To finish off the day, we stuck around for the Alteryx Grand Prix. The first part of the problem I have been exposed to already back in week 4 where I had to web scrape Zomato for restaurant info. The issue with the input file I had no idea how to do, but the spatial side of things would have been okay. However, the second heat looked difficult, as it incorporated some of the predictive tools I have not been familiarised with. The buzz in the room was palpable as the 2 finalists were neck and neck and the factor differentiating either contestants from winning was the run time of their workflow. 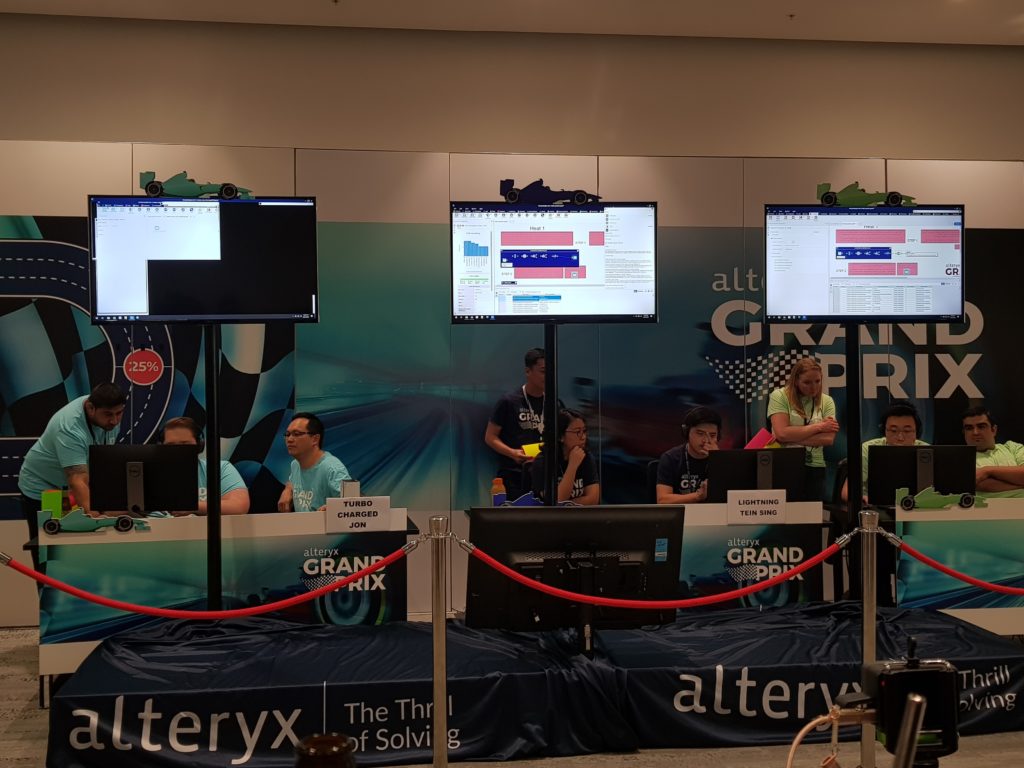 All in all, it was a great day in the sense that we had the chance to show ourselves to the Alteryx community and to also learn about people’s experience with Alteryx in real life scenarios.