Dashboard Week: Terrorism – A concept of the Past. Persistent in the Present. 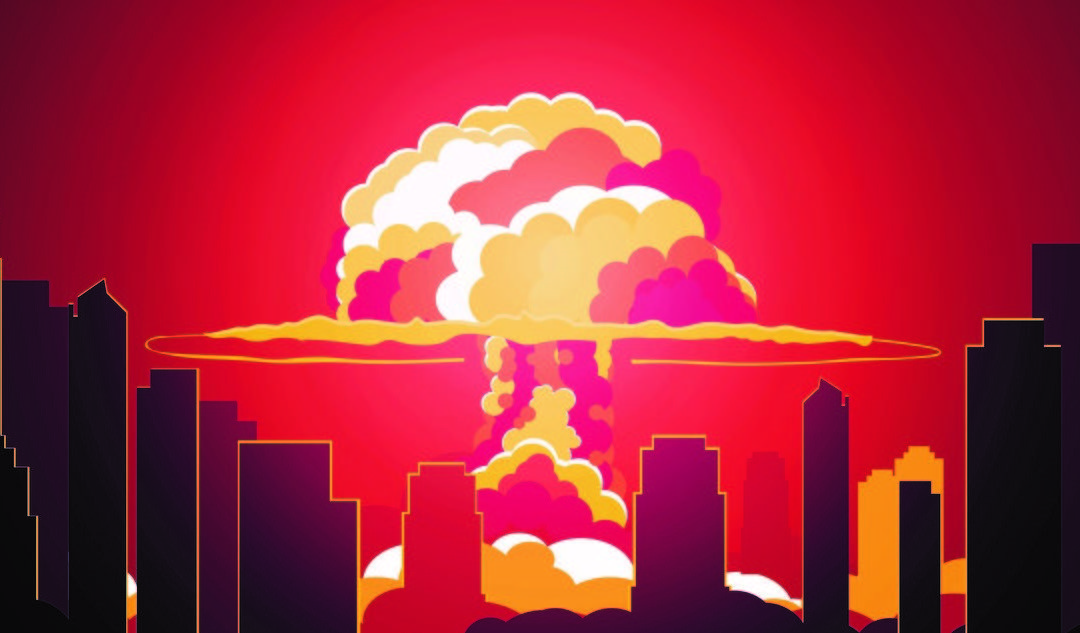 Today we delved in to the Global Terrorism Database. The data set was very rich in terms of the details of each attack down to the predominant weapons used. I did parse it through Alteryx quickly though, because the eventID field had the date embedded in it. Also, the data for 1993 was lost from the original dataset and had to be blended back in.

As per usual, everything was output as a .hyper and opened up in Tableau.

Starting off with the exploratory phase was the first step. It is definitely a large dataset but I found it hard to find something to show. In instances such as this, what worked for me was just creating charts to see if any insights could be discovered.

I found that what I wanted to focus was on the extent and reach of terror organisations. This is when I realised that the info I had was not enough to complete the story. Back to the drawing board. For me, the drawing board consisted of more time spent on google researching. I then found 2 other data sets relating to deaths and injuries stemming from terrorist activities. I made the decision to blend this in Tableau instead of making joins in Alteryx, as I know I could blend on the dimensions I already had.

This was when I realised I had a story I could portray. I wanted to take the audience from a summary of events from a global scale, down to individual groups and the countries affected. The best way to show events on a global scale I found was to use a map because it showed any hot spots if any. This wouldn’t have been able to be achieved if a sorted bar chart was used.

Next, to address the terror organisations, I thought about flexing my set actions skills by creating something the audience can have some interactivity with, and something that would also add value. The value of set actions here tells a story in itself. When the audience selects several organisations, the line chart would change its set values and showcase each organisations effect, while maintaining a view of all the other organisations collectively. The pie chart here also works to show the percent of 100. This is probably one of the only times a pie chart is plausible.

The bubble chart was use instead of a bar chart mainly for visual purposes. It isn’t as easily digested as a bar chart but for the sake of my sanity, I had to use something a little different. However, to make it easier, I added labels for countries as well as the number of fatalities. Due to the size of the worksheet on the dashboard, not all labels showed but the larger circles were labelled, which worked out well.

The diverging bar chart was used because it shows 2 measures quite well. What I found hard to decipher while reviewing it was the large difference in the scale between the chart on the left and the right. The magnitude of people injured was much more vast than the number of fatalities, and the data does not describe the extent of these injuries. 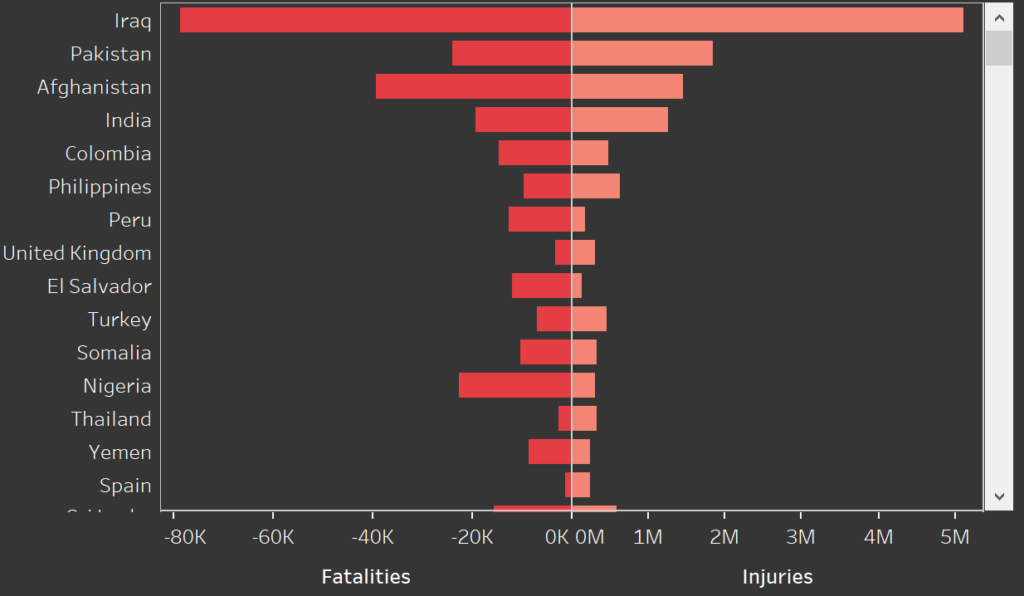 Forming this dashboard challenged my design flair. I did find myself sacrificing some visual best practices design purposes and I believe that it would usually be these 2 forces in conflict with each other. The end user is vital to the dashboards design and in a non-business setting, a relaxed approach to the best practices was what I decided on.

As an aside, I would have liked to have more time to work with a twitter API which would scrape twitter for tweets relating to terrorism and make a sentiment analysis on those tweets, as the data shows terrorism is decreasing from its peak in 2014.