I’m 13 weeks in and this was the long-awaited ‘dashboard week’. On our fourth day, we were supplied with a data set about all the F1 race results from 1920 to 2021. For today’s post, I will go over my approach and how I ended up with my current dashboard. I will focus on how I planned ahead and then how I ended up building my dashboard. 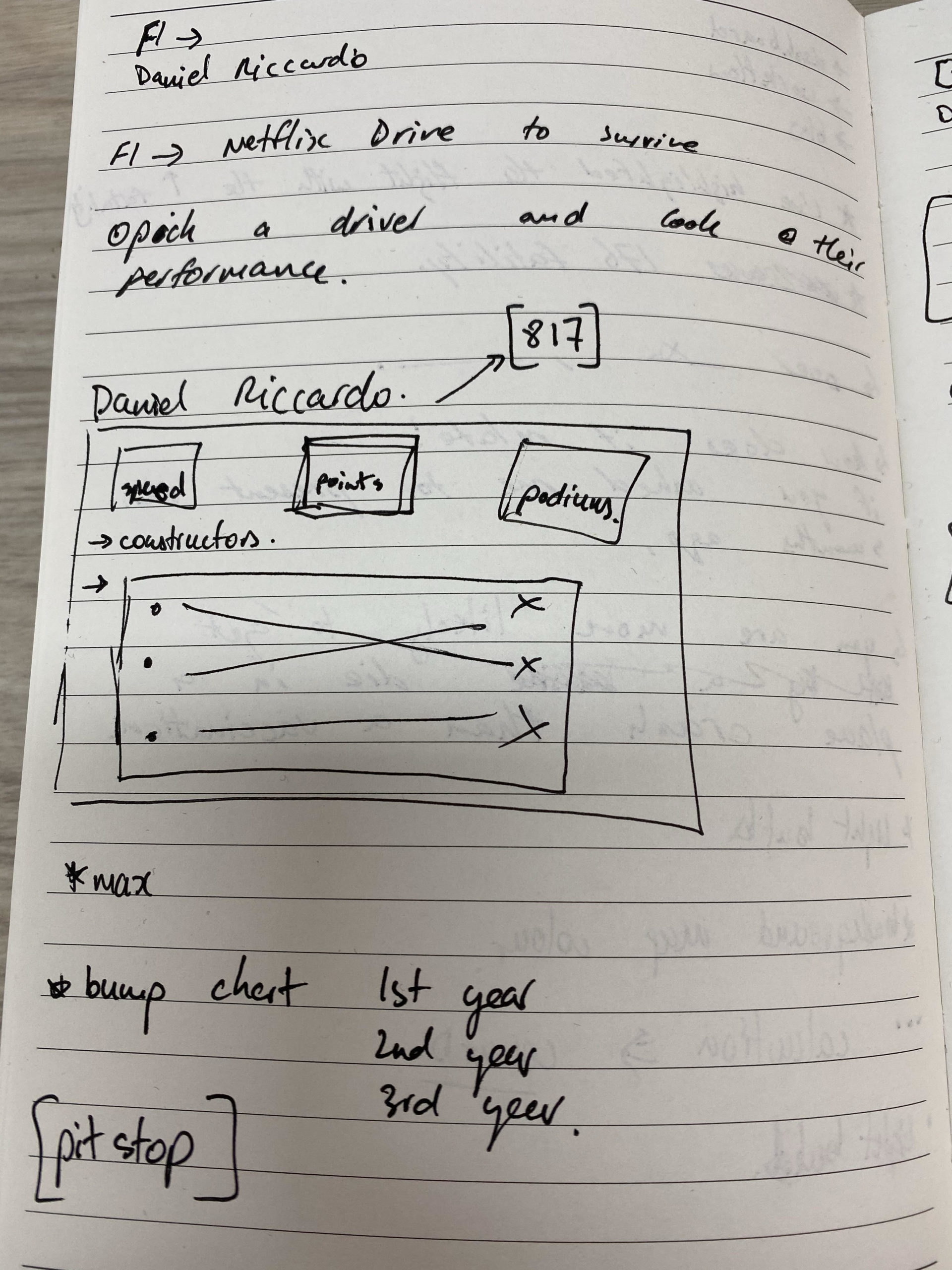 I had a slight advantage when I got briefed on this dataset. That was I knew a thing or two about Formula One Racing. I had friends who were car fanatics and I use to work on a constructor who had strong links to the F1. It also helped a lot by following ‘Drive to Survive’ on Netflix and now I’m waiting for season 3. Although it helped a lot in understanding the data, the real challenge for Day 4, was doing everything on Tableau Server. There were A LOT of tables with this F1 dataset, so much that it did require some time in building the relationships together. For me, I knew instantly what to focus on and I was very interested in driver’s performance when they changed teams. With this, I wanted to focus on Daniel Riccardio’s career in F1. 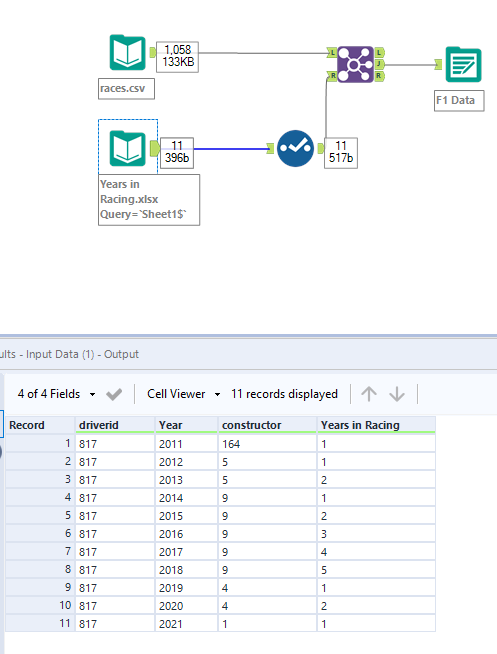 My idea was to analyse Daniel Riccardio’s F1 career, especially his race performance. Because time was short and server was slow, I kept the measures to top level. I wanted to see his speed and his points scored relative to other drivers. And I somewhat had an idea to build a bump chart that would compare his performance across constructors.

So I looked at the data and I knew most connections and relationships can be done in Tableau Server. However, there was no schema that defined a race driver’s Year and Constructor i.e 1st Year, 2nd Year. If we do not do this, the bump charts won’t work out and it won’t be a fair comparison. So I built one up in excel and was able to link all the tables that I needed together. From then, I was able to build what I needed to build 🙂 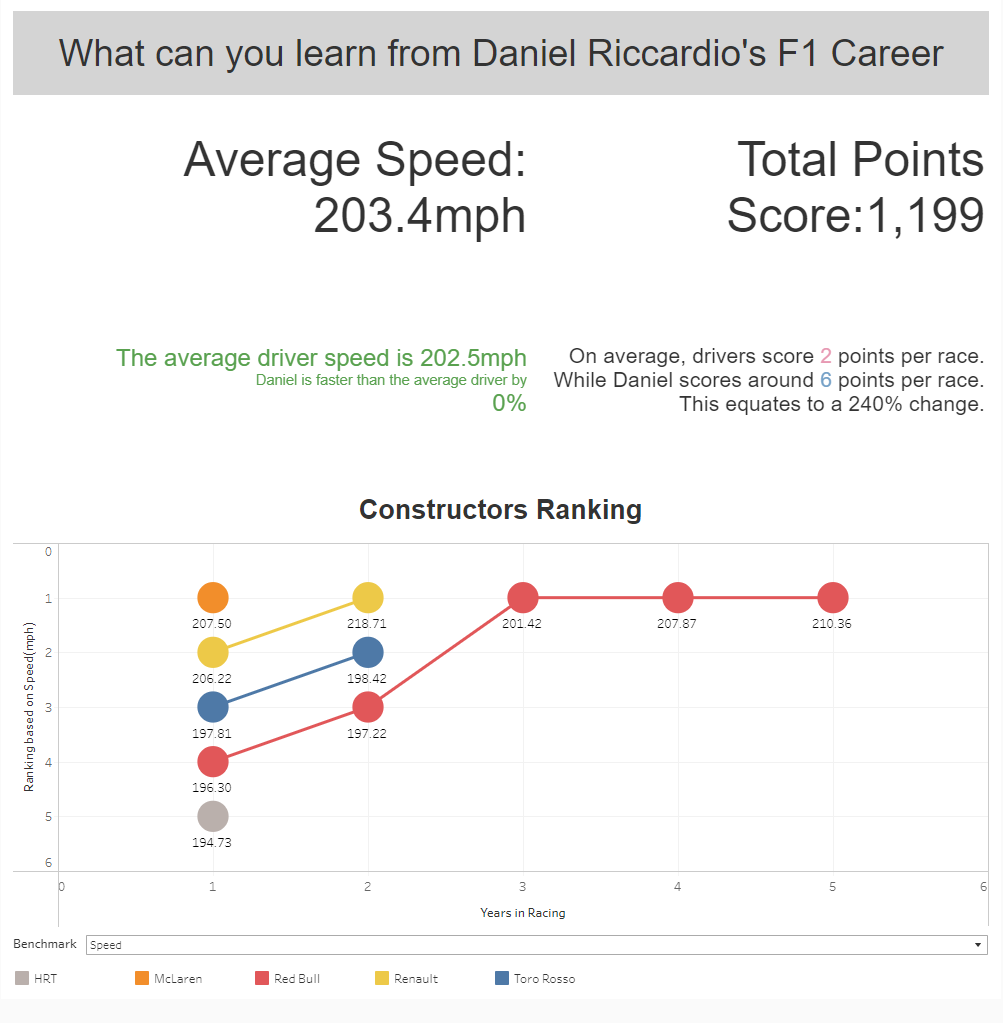