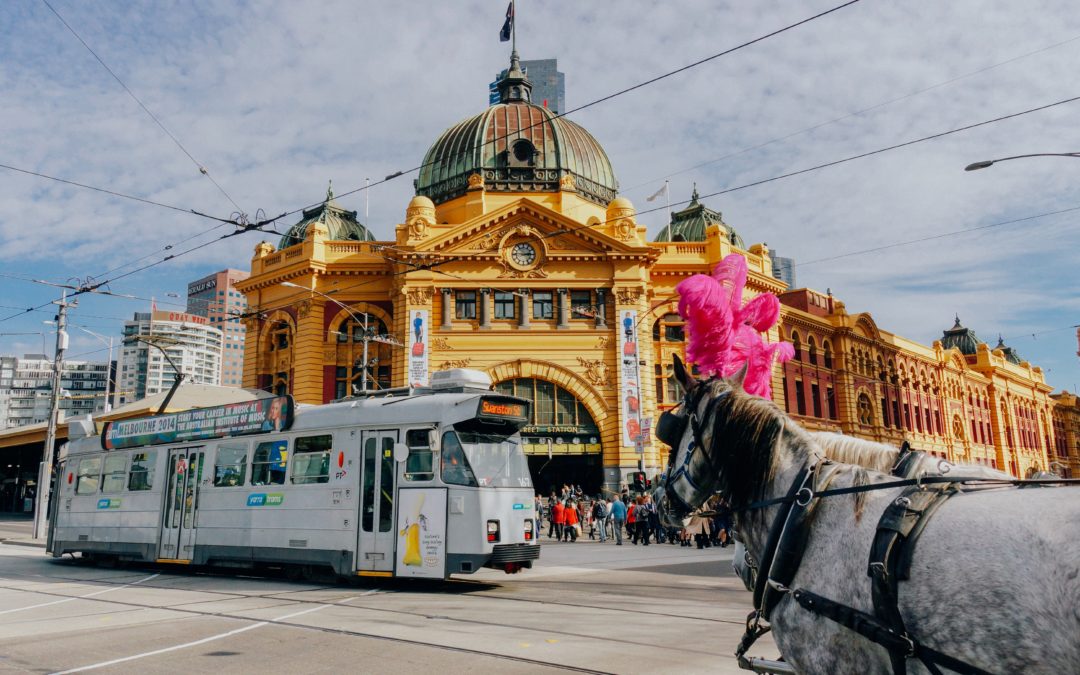 I’m 13 weeks in and this was the long-awaited ‘dashboard week’. On our fifth day, we were supplied with a data set that DSAU12 used in their application. It was the ‘Melbourne – Census Land Use and Employment’ Dataset.
For today’s post, I will go over my approach and how I ended up with my current dashboard. I will focus on how I planned ahead and then how I ended up building my dashboard.

It was the final day of dashboard week… And I am not going to lie it has been a really really exhausting experience. By the fifth day, I was drained and felt very depleted. It was due to the fact that on the fifth day, we were going to present Day 4 and Day 5 dashboards together at the same session. I originally thought the DSAU12 dataset would be something similar to my application – Iowa Liquor Sales. However, I was incredibly wrong about this dataset. When I first saw this set, I immediately recognised that it was spatial data of certain Melbourne establishments like pubs, cafes, restaurants and car parks. On top of that data, we also saw Census data ranging from 2002 to 2019. The dataset was not difficult itself, it was just sparse and I didn’t really want to go into deep analysis. So I decided to go for a simple approach, I wanted to put my own interpretation and my own lens on the story. I wanted to build a dashboard for a terminator.

My idea was to build a fun dashboard. Rather than use the years as a comparison, I decided to use them as reference points, discrete dimensions. I immediately thought about using the years as a “Go back to time’ reference. And then the only thing that would go back in time, was a terminator. And then I remembered when the terminators go back into time, they are always unclothed, so that allowed me to think creatively about… “where would have the least amount of people in Melbourne?’.

Once I had my story, I did a quick data clean to get the data that I needed. My goal was to find the establishment that had the least seating capacity and then the viz will colour accordingly. Once I had this idea in the back of my mind, I just slowly bit by bit built out the dashboard. 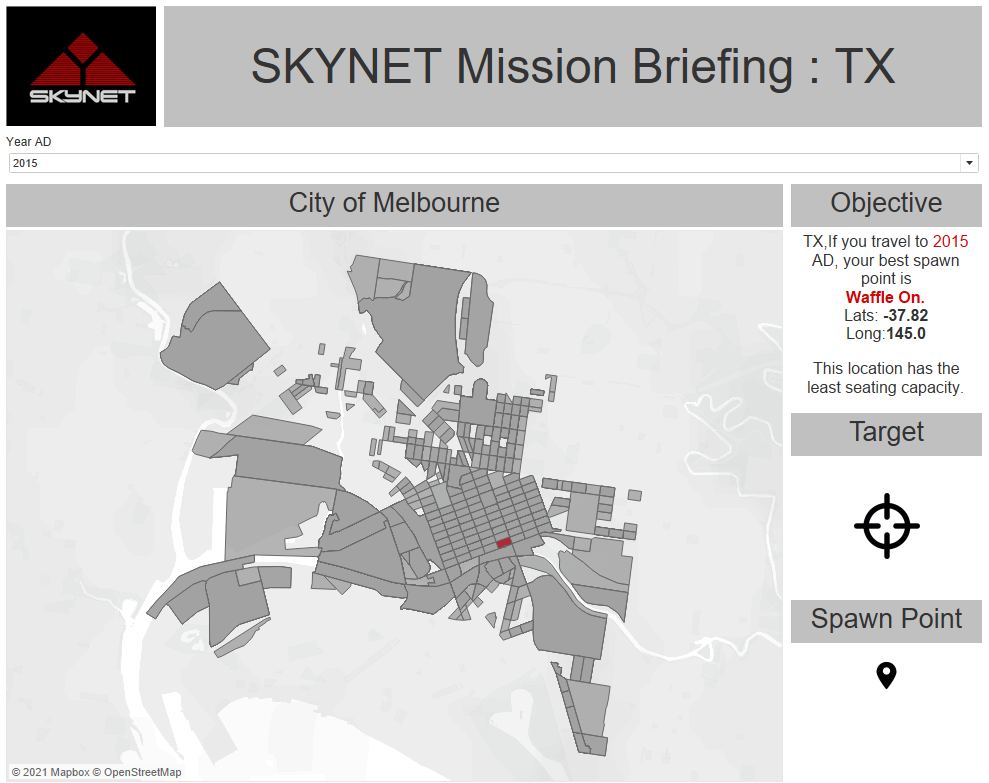