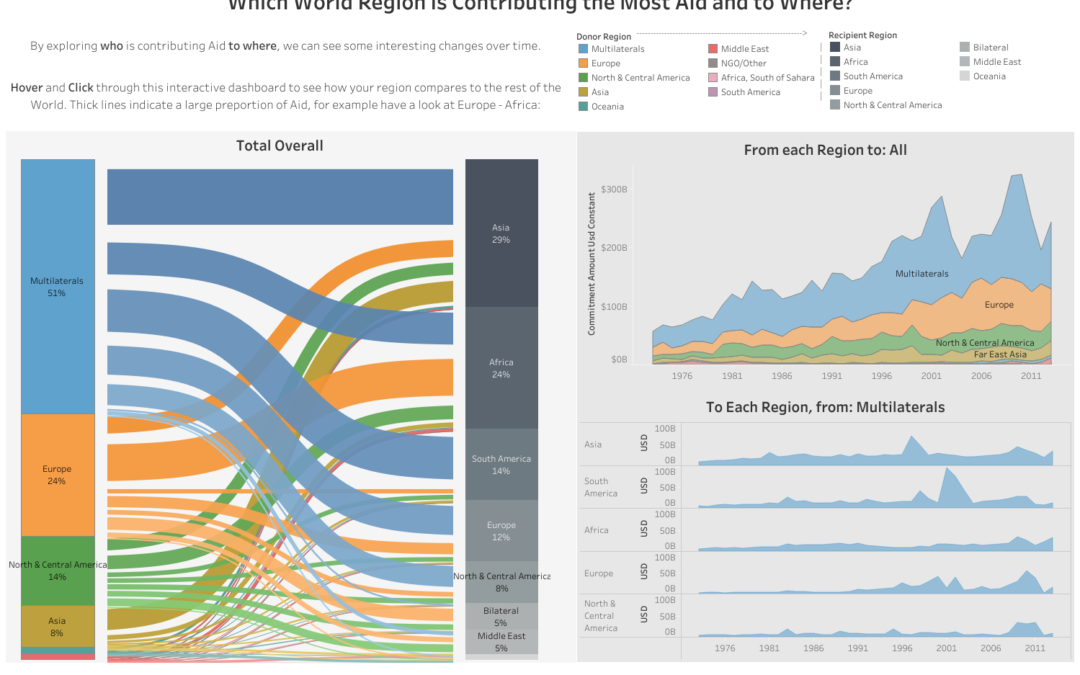 Dashboard week involves us creating one dashboard per day for the week on a dataset picked for us. For Day 1 we were given this dataset on Aid Data around the World and tasked with making sense of who sends and receives aid (Click to see the Challenge). We were also lucky enough to have Cole Knaflic (storytellingwithdata.com) visit us for lunch and a chat, along with the Sydney Tableau User Group on at 3:30pm which were both great but meant that our time was restricted even more.

When seeing the data my first reaction was to jump straight into a Sankey diagram, then looking for vizpiration I was set that a circular chord chart would be the go, to really show the flows between the Countries or regions. After a little investigation however I realised that these are quite technically difficult to make and convinced myself that the payoff would not be worth the time. So how else could I clearly show the information. 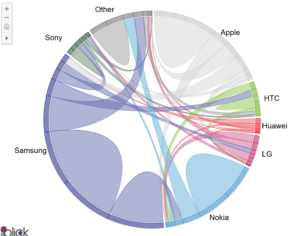 I started then to dive into the data in Alteryx, grouping and summing the fields I settled on the information/columns that I wanted to show. This turned out to be a split between the thin dataset, with a few extra columns added in from the full dataset to include some regions and categories information.

I then started exploring in Tableau. I tried heat charts, bar charts, cross tabs, slopes which all had some advantages, but the area that I was keen to capture that others may not was how the regions fundings (both to and from) have changed over time. I then experimented with Pareto and Waterfall charts but I still wasn’t showing what I wanted.

After grouping the regions into smaller groups in Tableau I liked the look of stacked area chart to show the larger regions over time, I thought I was getting close: 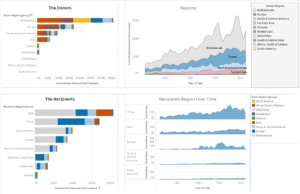 I added a filtered drill down chart along with some extra information in the tooltips, however I thought it was still missing the clear linking from donors to recipients, so then I joined ‘Team Sankey’! (I did the Union in Alteryx then followed this super helpful tutorial. My final viz is here: 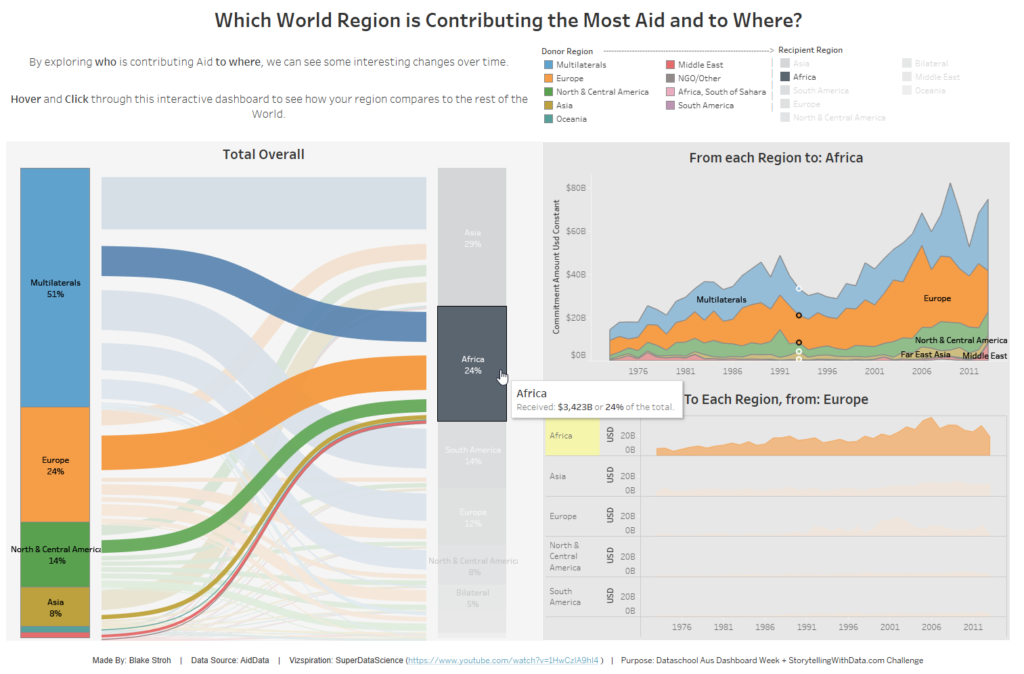 I was reasonably happy with where I ended up, but where I would have liked to take the Dashboard next would have been to scale the values taking into account for inflation, and possibly investigate them more as percentages of funding being provided by what Countries, along with enriching the data with values of funding per person or scaled to GDP. As always there’s plenty more that could be achieved here with such a rich and detailed dataset and I’m super keen to see what the others have got out of it.