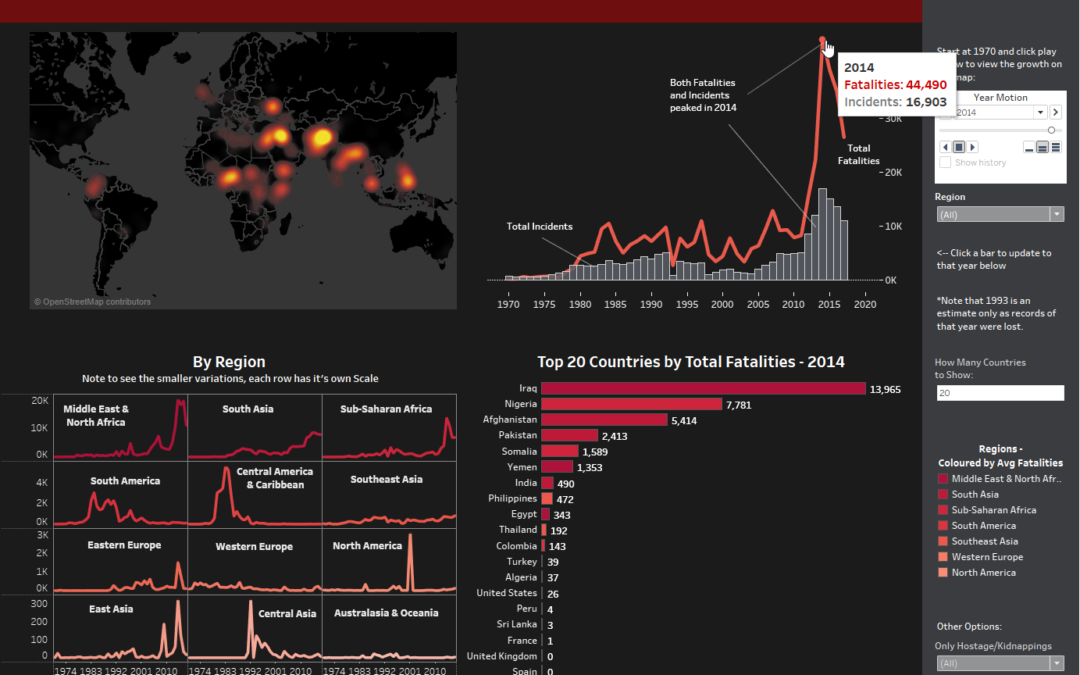 For day 3 we were given a great dataset on Global Terrorism from 1970-2017 (excluding 1993 as the records for that year were lost). It was a great dataset from the outset, came with well labelled columns, clear definitions and really interesting data. I see great potential for what could be investigated with this dataset.

I only needed minimal prep in Alteryx, removing some ‘-99’ values for ‘Unknown’s’ and renaming some titles for my ease of use. I then set off investigating in Tableau all these area’s:

Plus many more. I wanted to get this down for when I delve back into this dataset at a later point.

In the end, I think I took too long to set on a specific idea so I developed a summary dashboard of fatalities, with the plan to drill down into more and more detail with actions, filters and sheets if I had time.

I left the pages actions in and included some further viz in tooltips and then went with a theme of dark colours and all instructions, parameters and controls in a panel on the right.

In hindsight I may have been better off focusing on a certain area, like 5 interesting facts out of the data, or the highest ransoms and other exceptions, or chemical weapons etc. These are all thing that I’d love to go back to at some point.

Some interesting area’s that did show up in mine though were the rise and fall of troubles in Central and South America (ie. Colombia, Nicaragua and Peru). Click through to see the interactivity here: 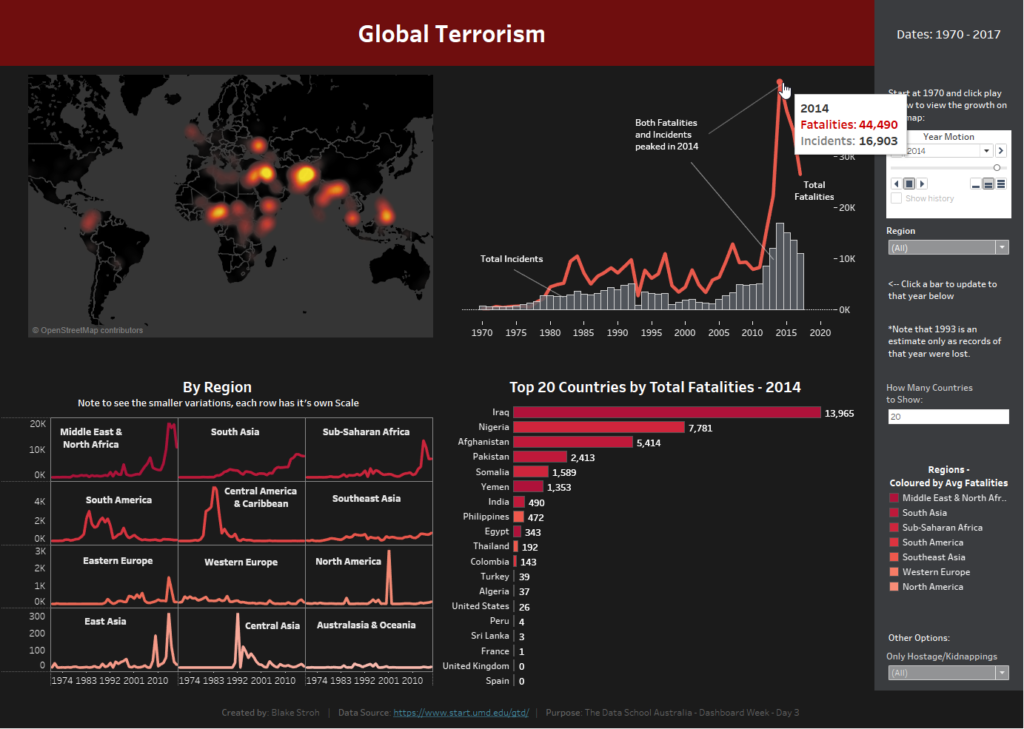