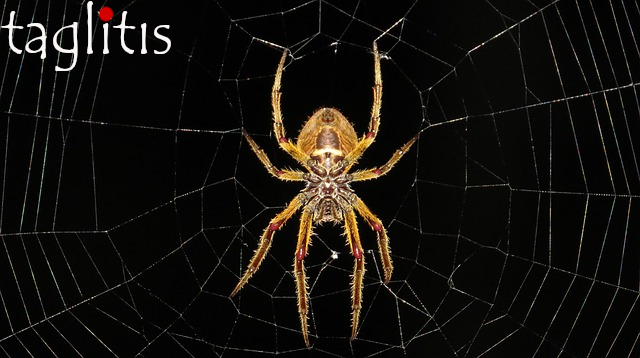 Many argue about the radar charts, also called spider charts, due to their net-like shape. While some claim that the radar charts should not be used in dashboards, others use them to show their insights. The article What is a Radar Chart? Explained with Examples well defined the pros and cons of the spider charts:

To use it or not in your projects depends on you, but if you reckon that your dashboard can benefit from the spider chart, you might want to give it a try. However, there is no straightforward way of creating such plots opposite Microsoft Excel. So, in this post, I will cover an efficient way of creating spider plots.

For this example, a dataset I am using is Adventure Works, and it is freely available on the Internet. I would like to plot the performance of the one salesperson vs another one for each month in 2013.

I can split this process into three categories. First of all, we need to create circular axes in Excel. Then we need to edit them in Gimp or any other photo editor you like. Finally, we will create a spider chart in Tableau.

I will not go over the entire process of creating it in Excel. The process is straightforward, and there are many resources on the Internet, for instance, this one. You need to have enough points to smooth them out to make circular axes circular. I found in my data that the maximum value that the total sales reach in a month in 2012 and 2013 for either Jillian Carlson or Jose Saraiva is about $400000 / month. So, I generated data from 0 to 400000 with the increment 4040.404, and it gave me exactly 100 points. To have some extra space beyond the 400000 axes, I added 24 points to be near the 500000 value. Then I just drew the radar plot and obtained the following plot: 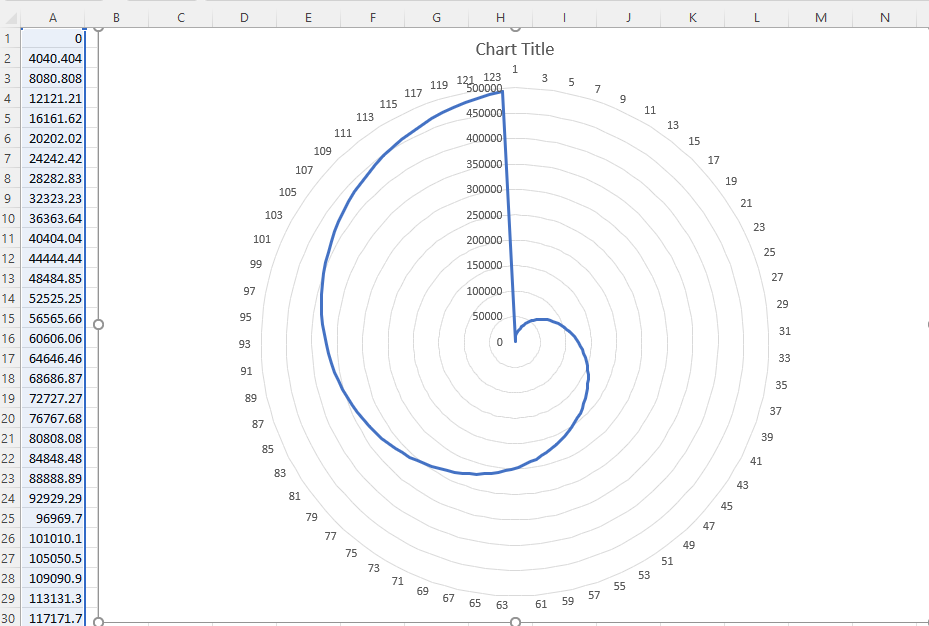 On the left-hand side, you can see the generated data from 0 to 496969.7, almost 500000. Then, editing the plot using standard tools in Excel, I ended up having the following circular axes: 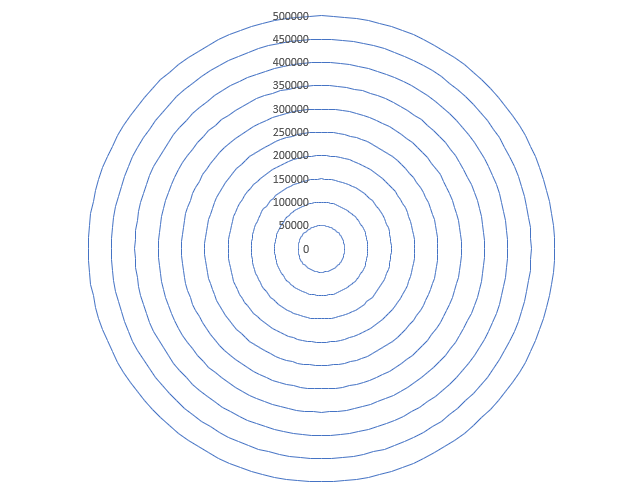 I used the clone tool to remove unnecessary axes and added two months, as you can see below. I could add all month names but decided not to spend time on the routine exercise. So, I obtain the following picture. 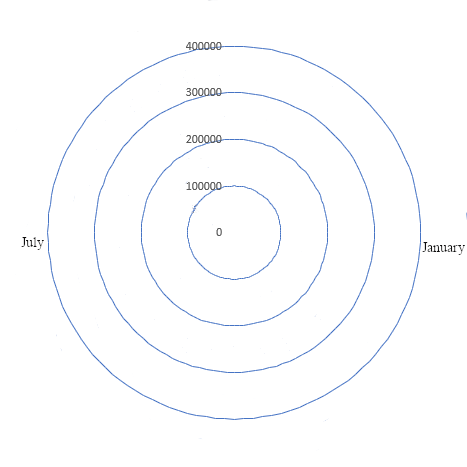 Finally, this picture is ready to be downloaded as a background image in Tableau.

Bearing in mind that this dataset is big we want to consider only sales, order date and Full Name, which consist of First Name and Last Name. Now, it is time to create a few calculated fields:

2. Calculate the number of months in the year. I used LOD EXCLUDE, and the field name is 2. # of months:

3. Create angel in radian. It measures the angle between the nearest radial axes, i.e. between months. The field name is 3. Angel:

4. The next step is to project each value of Sales to the X and Y-axis:

6. I added some filters: 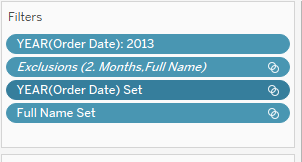 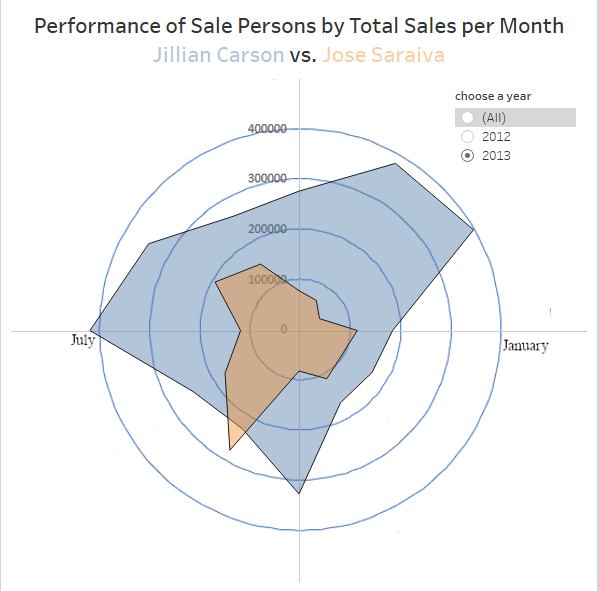 8. You can spice it up by adding buttons for example, but it is not a topic of this post.

A radar or Spider chart is a great tool to have in your arsenal to impress your client. Unfortunately, Tableau does not have it within its tools. To create such plots, you may need to spend more time than you might expect and use more than one software tool.

You can see from the plot how easy it is to distinguish between the performance of Jillian Carlson and Jose Saraiva. Sales of the former are not as good as the letter. However, the actual values cannot be inferred as easily as on other plots but you can use a tooltip to show the values if you need to.

I hope that one day we will find a radar plot among other tools in Tableau.