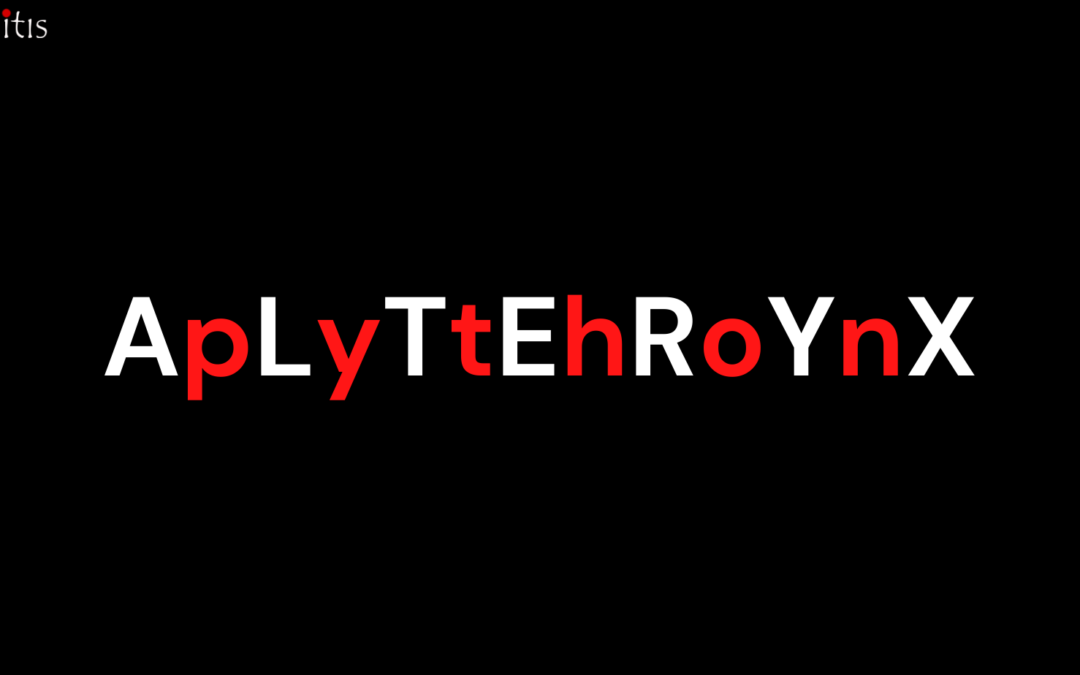 Alteryx provides an easy interface for python via the Python Tool. The Python Tool contains Jupyter Notebook with of cause Python which as limited number of preinstalled libraries:

Most likely you need to install additional libraries and of cause, you can do so. However, there is a trick for this. Search for the Python tool and drag it to Canvas. Click on the Python Tool and you will see the following: 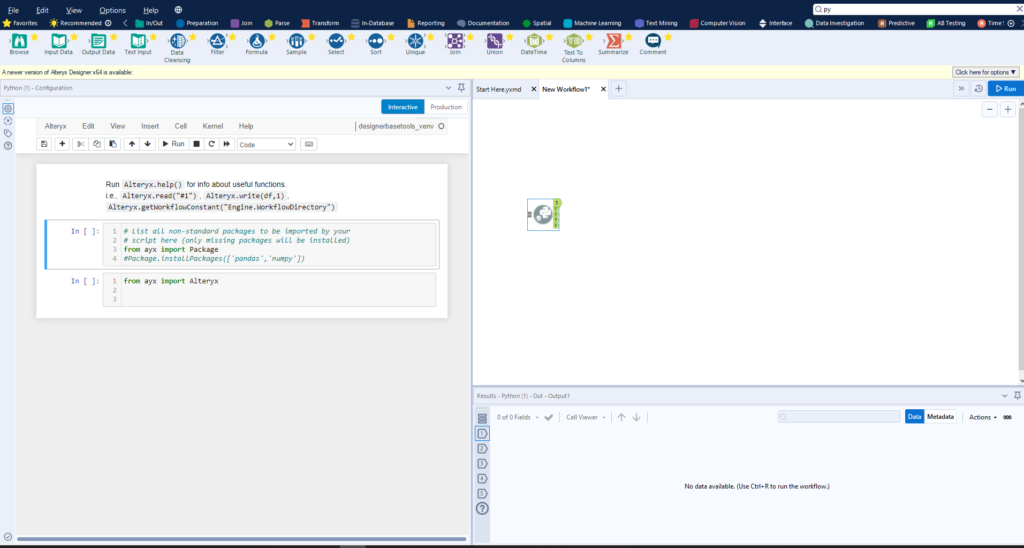 On Canvas you can see the Python Tool. On the left-hand side, the Jupyter Notebook is located. In the first line, you can see the commented line: “#Package.installPackages([‘pandas’,’numpy’])”. To add other libraries, you need to uncomment it and add libraries you want to add in quotations. Below you can see I added the seaborn library to installPAckages and imported seaborn in the cell below:

If you run the cell you probably will get an error. To avoid this problem you have to run Alteryx as an administrator. To do so, locate the Alteryx icon and right-click on it. You will see an option to “Run as Administrator”: 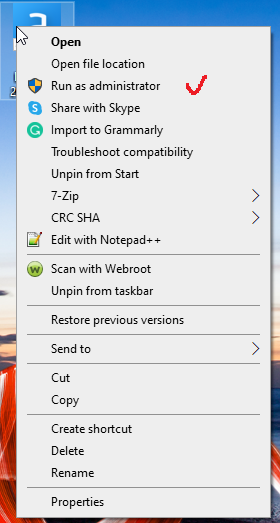 After you choose this option you will be able to install Python libraries during this session. However, to run Alteryx as the administrator permanently you have to click Properties, see the very bottom of the previous picture.  Choose the Compatability tab and choose “Run this program as administrator” as shown below: 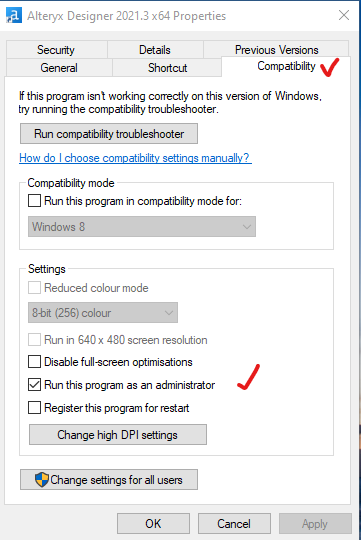 After that, you should be able to run Alteryx as the Administrator and install libraries in the Python Tool.