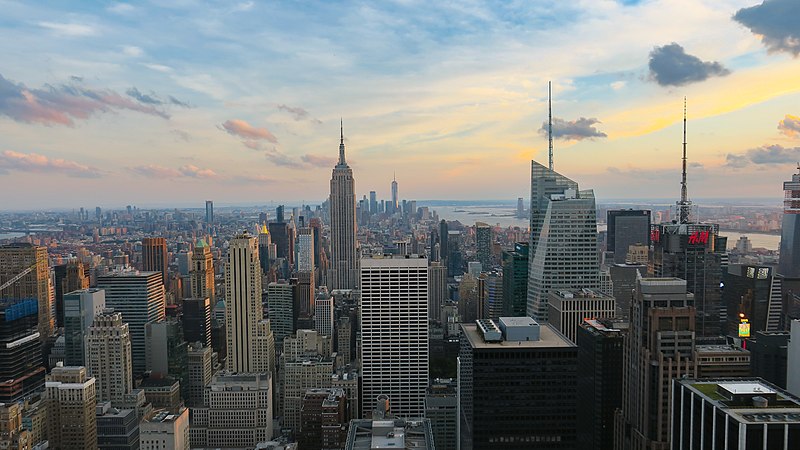 For the final day of dashboard week we were given data on museums located in the United States from Enigma Public. There was location data for each museum so I thought it would be interesting to find some other spatial data to supplement it. I decided to find hotel locations to create a dashboard to make it possible to find which museums were a certain distance away from a chosen hotel. Also I thought it would be good to focus on one city. New York City seemed like a good choice with large variety of museums.

I looked at several websites and used Alteryx to connect to a couple of different APIs but was having trouble being able to download all the hotels in New York City with their locations. In the end I downloaded data from a website called GeoNames,org, which let me do a search for “New York Hotel”. This had results of hotel name, longitudes and latitudes with 50 hotels per page and 51 pages of data. This was a good case for using an iterative macro.

I created an iterative macro in Alteryx that would download and parse hotel names with their longitude and latitudes one page at a time. The workflow can be seen below:

For the dashboard I wanted two maps that the view could be switched between – One with just hotels for choosing a hotel and one with all the museums with the chosen hotel. This was done by creating a parameter, “View Hotel Chooser Map” and a calculation that would be 1 when parameter was “Yes” and 0 when it was “No”. Then I added the calculation to the filter for each map so one would show only when it was 1 and the other when it was 0.

Then I used a buffer to find all the museums in a set distance from the chosen hotel using an approach described in another blog post here. Finally I added a list of museum types to use as a filter and a slider to set the maximum distance of the buffer zone. The final dashboard can be seen below or viewed on Tableau Public here. 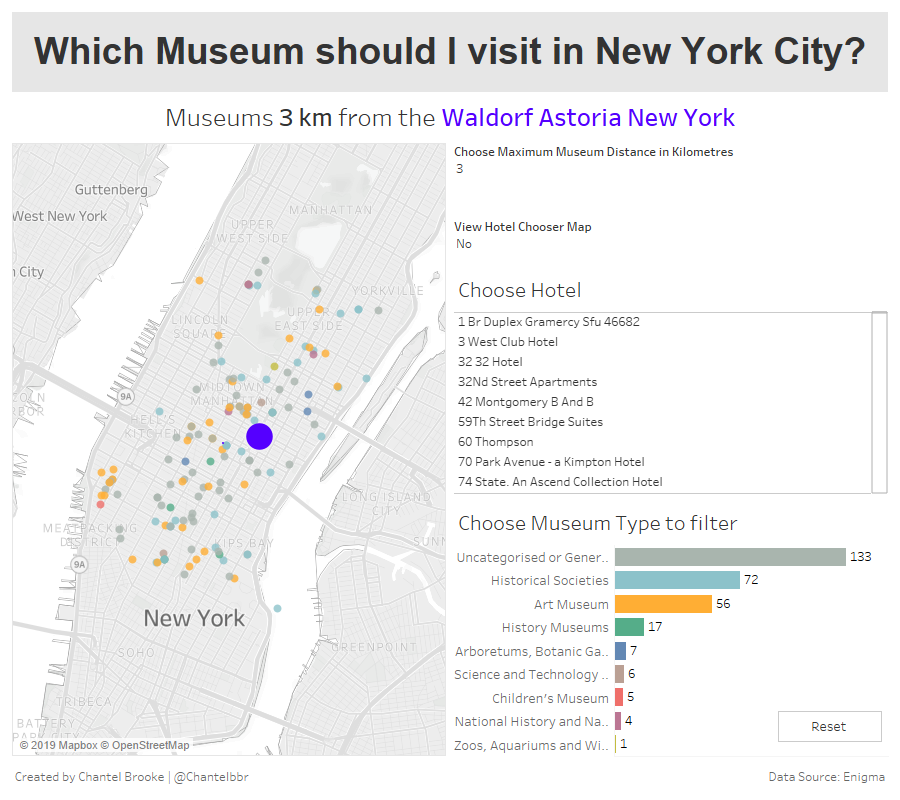 And that concludes the end of a challenging but fun Dashboard Week!