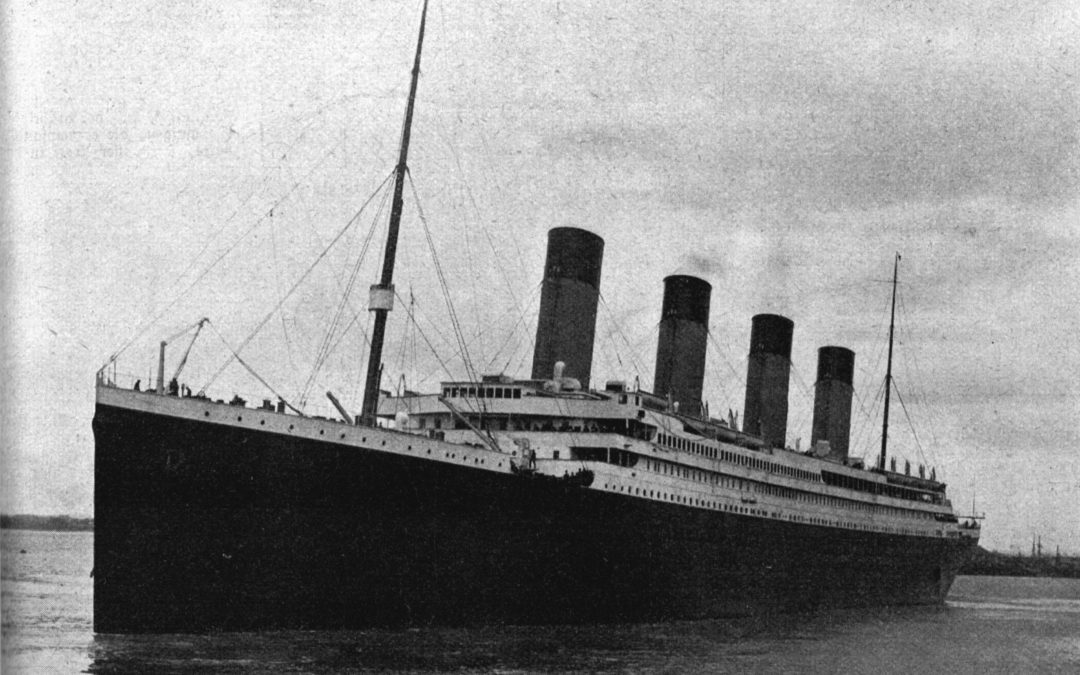 For Dashboard Week day three, we were challenged to create a dashboard in Power BI to visualize data on the Titanic disaster. We were set various challenges to complete including:

After looking at the data I decided to focus on the country of origin of the passengers to see how it affected their survival rates.

It was quite simple to join tables together and I found the Power BI query editor really useful and easy to use whenever I needed to change my queries throughout the day.

The found there were many countries in the data set that only had a few passengers. I decided to create a formula that would categorize the countries into 4 main groups: USA, UK, Europe and Other.

Then I also found I wanted the survival percentages for each class of passengers. Since I had one row of data for each country but I needed only one value per Country Group, I needed a calculation similar to a FIXED calculation in Tableau. This can be done in Power BI by using the CALCULATE function and using ALLEXCEPT as the filter, in this case filtering by Country Group. Then after summing the total survived and total passengers per Country group, the divide function finds the percentage.

Use a Custom Visual

One of my favourite parts of Power BI is the flexibility with visualization types. The marketplace is great for finding new chart types to use. I went with a simple filled map which went well with my dataset.

Finally for interaction I inserted a slicer which allowed for filtering the dashboard by chosen country.

My final dashboard can be seen below. I found Americans had among the highest survival rates, especially when considering that such a big number of passengers on the ship were from the USA. It also came as no surprise that the first class passengers fared better than the lower classes. 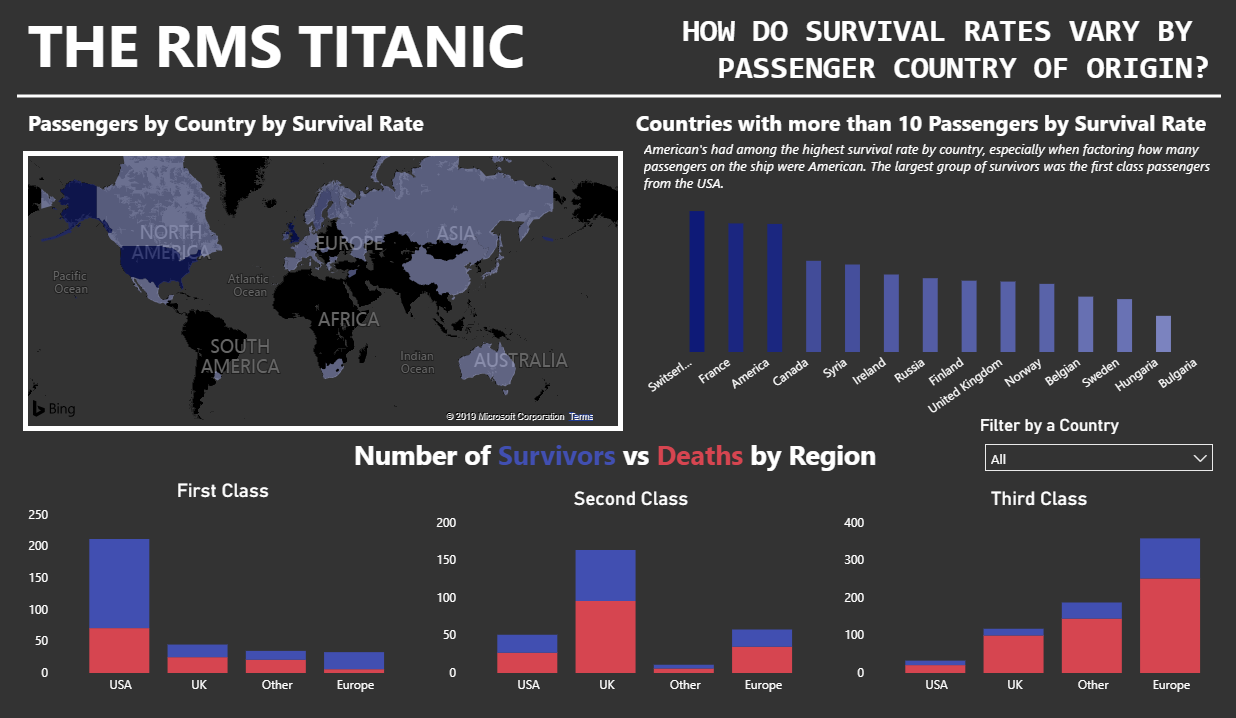