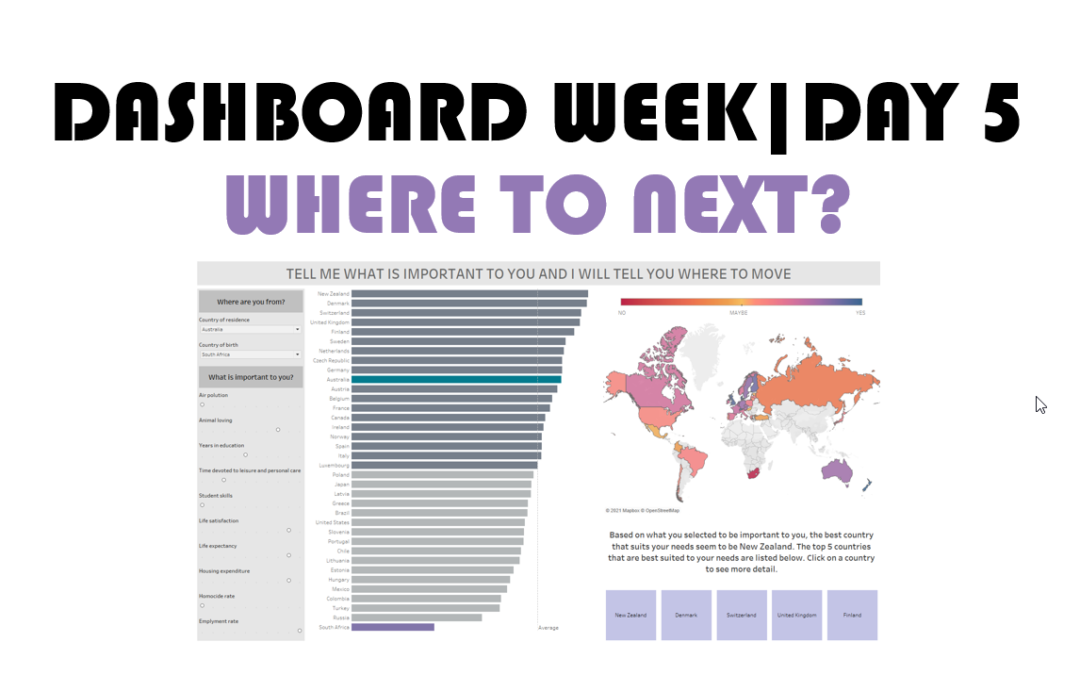 It is the end of the well renowned Dashboard Week! What a week it has been. I have learned so many lessons and new tricks that I am sure will aid me in my role as a Data Analytics Consultant. I can see why this week is so important as part of our training. We have been working really hard to meet every deadline with a worthy dashboard. I learned how to timebox and when to say “okay that will be next steps”.

Last challenge of the week

Today we were challenged with making an interactive dashboard that shows the end-user which country they will most likely enjoy living in using the Better Life Index data from OECD Better Life Index. In total, we had five hours to complete this task and had to supplement the data with at least one extra thing that was of personal interest to you.

I decided to start by finding the extra data first. I feel very strongly about animal rights and so supplemented my data giving every country an “animal lover” score out of ten. The data I used to derive this score from included whether a country recognises animal sentience, recognition of animal suffering, laws against animal cruelty and whether or not the laws against animal cruelty meets IOE standards.

The next step was to normalise the data so all fields were comparable with one another and then to be pivoted so the categories were columns. The data included gender-specific data and then the total of both sexes, for the idea I had I didn’t need the gender data so I excluded those from my data. There were a few missing values that I used the imputation tool to fill out by using the median.

The idea of the dashboard is quite simple. Due to the fact we only had a couple of hours to create it, I kept it simple and timeboxed all my exercises so I could deliver a working dashboard on time. The idea is to highlight/suggest countries to the user based on the parameters they set. The first two questions on the parameter controls are simply where you were borne and where you live now. Those countries will be highlighted in the bar graph. The next 10 parameters are used to multiply the value within the dataset so the dashboard could identify how important a specific field is to you and then suggest the countries that have those characteristics. The user will rate these characteristics on a scale from 1 to 10. The bar graph then rates the countries from best to worst based on your selection. The map will show the user where these good and bad choices are located on a map. Lastly, at the bottom of the dashboard, the top 5 countries will be listed as clickable buttons to take you to the Wikipedia site to do more research. 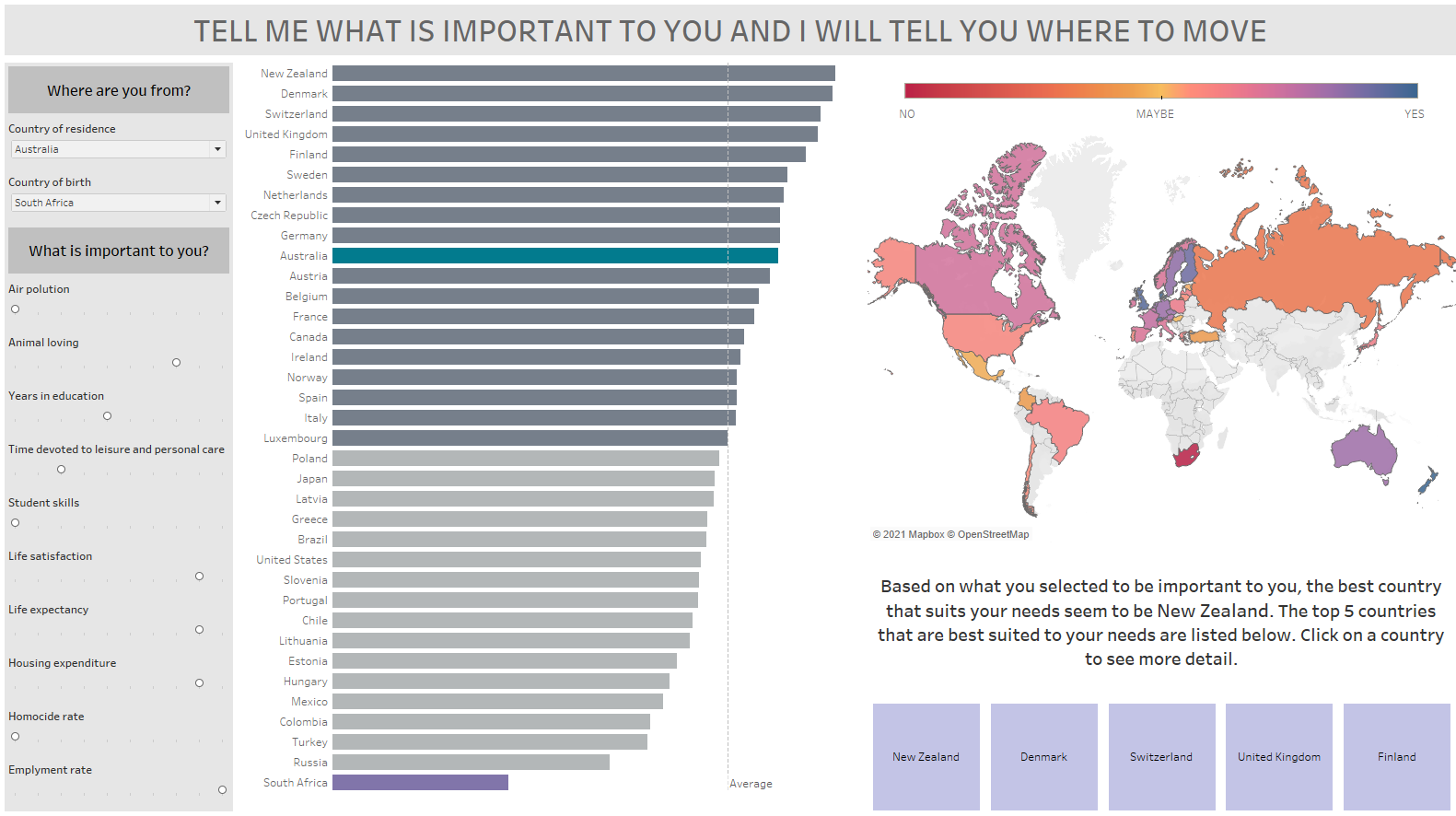 I am very happy with the end result given the very small time frame I had to complete the task. During this challenge, I personally think I have finally mastered the art of timeboxing and prioritising tasks. I even had an hour after completing the task to make the viz aesthetically pleasing and to make sure it works correctly. All in all, I have developed many skills both soft and hard and feel much more comfortable in my abilities.

Best of luck to the next cohort!

Charisma has an interesting background in animal science, having completed a Master’s degree (MSc) in Zoology at the University of Pretoria, South Africa. She found her passion for data analytics through her scientific studies. She was delighted to discover that The Data School provides a means to follow her heart and enter a career in data analytics. Charisma is a loving mother of two ferrets and has discovered a talent for abstract and realism painting in her spare time. If Charisma had to choose only one food type to eat for the rest of her life, it would be sushi. Charisma also enjoys outdoor activities including fishing, camping and hiking.