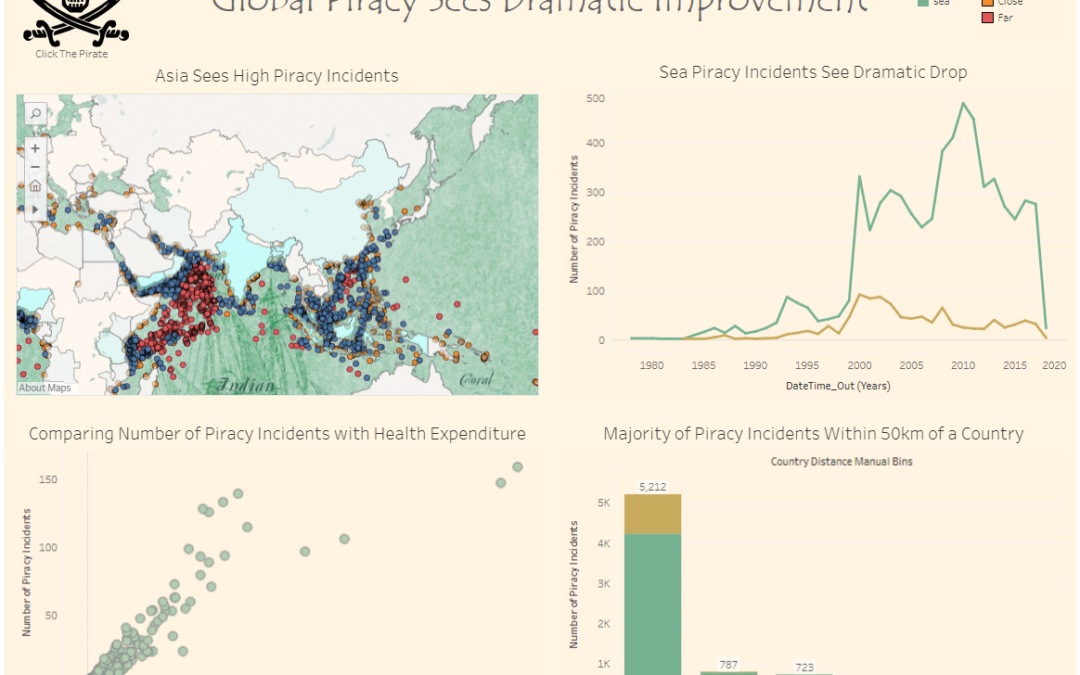 Dashboard day two brought back DSAU5’s pirate juices by analyzing Piracy data from the National Geospatial-Intelligence Agency. Specifically, our task was examining spatial analytics, while bringing in some supplementary data.

This morning I started differently to the previous day, by taking notes on what I would want to visualize, which was aided by reading the data descriptions. I then decided I would need to classify the different spatial points, so I went and found data from:

I envisioned answering these three questions:

In order to answer these, I did some data preparation in Alteryx, but the problem I had was that my generated countries were not lining up well with the world bank classifications, and the records for every countries health gdp for instance was not available for every year, so my data did take a small drop in records. If time allowed, you could have manually altered the data to make more joins possible. But, needing to time box myself, I proceeded with the following Alteryx workflow:

Tableau Component of The Day:

The key information I had available were datetime, economic measures and spatial locations. Perfect!  In Tableau, I grouped the countries, I created some parameters for the economic indicators and to change the color of the incidents, and I was ready to create the Dashboard in the featured image.