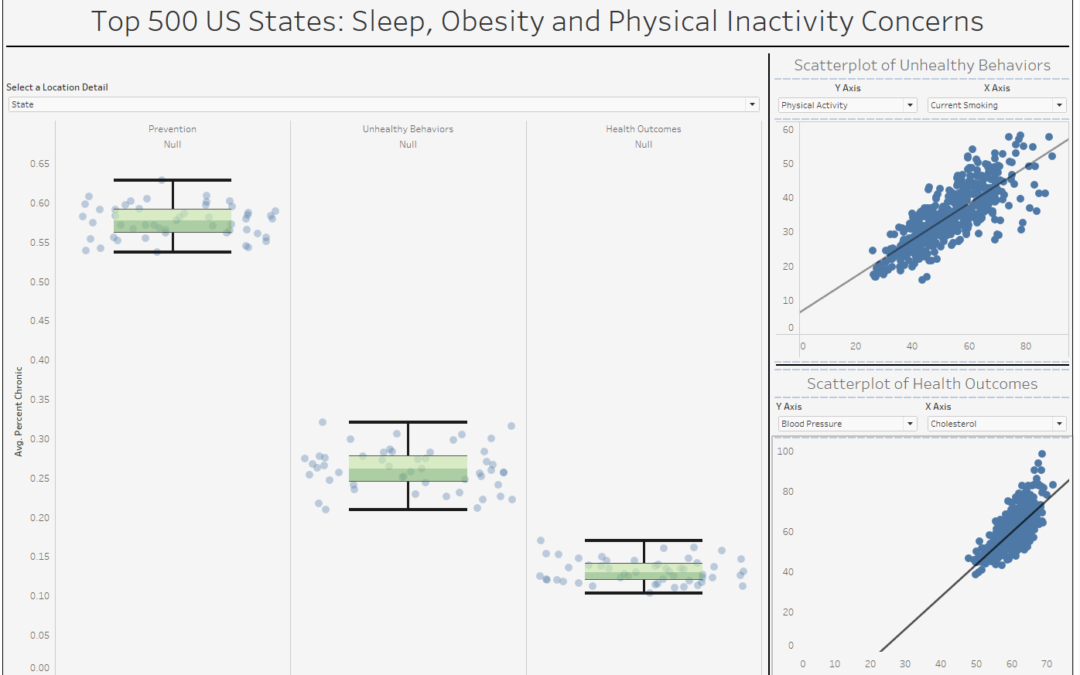 The final day of dashboard week gave Data School 5 from 9 pm to 3 pm to deliver a Dashboard on the United States’ top 500 cities chronic diseases. Using the experiences I learned throughout the week, I will first explain in this blog how I approached the day, and give my general teachings and thoughts of Dashboard Week.D

Given a short period of time to understand the data, Tableau Prep allowed me to understand what was contained in all the fields, and what data needed to be cleaned. On my notebook, I listed each of the fields which I believed would be necessary and color-coded them based on whether they were a dimension or a measure. 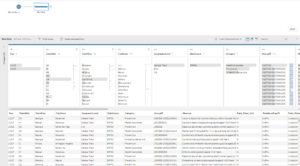 After looking at the raw data, there were columns such as Data Value Type that I did not necessarily understand, so I read up a data dictionary and conducted some general research into the data.

Now that I understood what the data contained, I transferred my notes from tableau prep and my research from my web browsing and conducted the workflow below. Generally, we had to first create the centroids for the locational hierarchy, and then if we wanted the boundary for a track, we needed to join the data prepared by fellow cohort member Nick. For time’s sake, my cohort member Alex found that some records were in the sea, so we decided not to investigate these records and keep them excluded.

The final component of the preparation was using the percentage of chronic disease, multiply this by the population to give the number of people impacted, instead of a percentage.

In the data we had dimensions of year, states, cities, tracts, health category and disease category, and the measure we had was the percentage or amount of people impacted. I had a browse on the internet of some ideas to what the visualization could look, and I got the idea of a jitter plot in my head. This task was performed quite quickly, but unfortunately, it did not give much insight apart from showing the variance between the categories and chronic diseases for the cities. So instead, I decided I needed to be able to group the cities together, and I didn’t believe that the state level was appropriate, so I was in need of more data.

David, one of the coaches told me that splitting the view by income would be a great way to see how these chronic diseases are impacting people but finding city-level data for the united states was a difficult task. If I had the time I would have searched more, but I ended up scrapping the idea and followed the crowd to make the following dashboard: 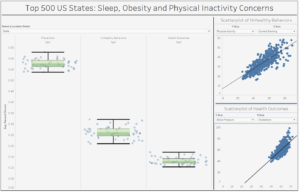