Which Kickstarter Project Should You Start? 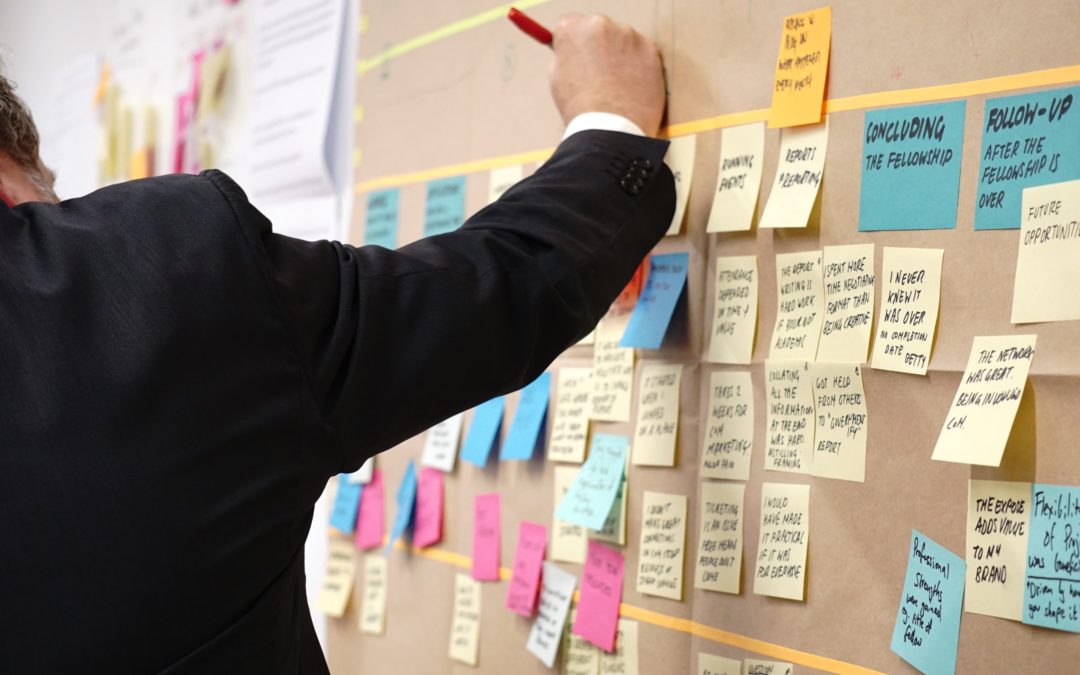 Dashboard Day 3 presented DSAU5 with Kickstarter Data. The premise of this challenge, however, was not to use Alteryx, but instead do all necessary data manipulation in tableau prep, or tableau desktop itself. Fortunately, the data was quite clean, so we plowed on ahead with the visualization (with a few data school distractions along the way.)

Before I knew that the data was somewhat clean, I put the data into Tableau prep to see the dimensions that I was working with. Once I had it into Tableau Prep, I got my notebook out and took notes such as

The next step was to go back to the original data and ask myself what exactly I wanted to analyze. I wanted to use the spatial data but I didn’t think a map would have been the best way to present it, and similarly, I wanted to use the hierarchy in the data but there were so many different segregations in the categories that it would be ugly using it on 1 graph. So I decided by answering the following question: What Kickstarter Project Should You Invest In?

Being Tableau’s main advantage of being interactive, I built a whole bunch of parameters, and in the process, I discovered something I never thought of before. Changing the level of granularity on a fixed level of detail calculation.

I added some set actions to give the user of the dashboard some more control, I added the highlight action to the line chart down below because it was hard to compare the project categories without distinguishing it from the other categories (and the color was not a good approach due to the general being no more than 8).

For the formatting, I did not have a whole bunch of time so I settled for my grey / green diverging boring color scheme and there you have it, another dashboard in a day.

Overall, there is work to do with the formatting, especially the little details like the tooltips, but overall I answered the question of which Kickstarter project are most successful 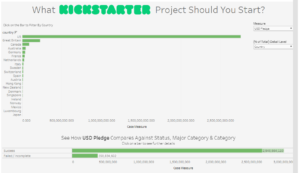