So what IS Alteryx, anyway? 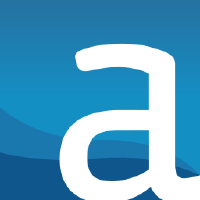 Coming into the Data School, I already knew the basics of Tableau. It’s a graphing tool designed around accessibility and modularity. Pretty easy to understand. Alteryx, however, was a different beast. I didn’t have a clue what Alteryx was until I started looking at the blogs, and even then, the mental image i formed was at best a shaky comparison.

For this post, I thought I’d take some time to explain what Alteryx is, what it does, and how it relates to Tableau. Its no small matter in our course – Tableau is a powerful tool, but Alteryx’s capability does all the backwork to make the data clean and effective.

In our context, the primary purpose of Alteryx is Data Preparation. Let’s face it – what’s easy for humans to consume isn’t necessarily easy for computers to understand, and vice versa. To make a table more readable to human beings, or just as a part of data entry, there may be any number of alterations that a table may undergo. And even that isn’t accounting for simple human error or data issues – for example, F, Female, and Fem all being in the same column.

If you’ve ever had to feed a computer a human-made table, even in tableau, you probably know half the battle is fiddling with the data to fix errors and issues like that. I worked with Australian Census data for my first vis, and the data was in a terrible state. It made for a very nice report to look at, and probably a whole day of editing into something legible to a computer.

That’s where Alteryx comes in. Alteryx allows you to assemble what is essentially a digital equivalent of a conveyor belt. You can input data from any number of sources, and pass it through a series of nodes known as tools, each designed to modify your data as you need it to. And the modular nature of Alteryx workflows makes it easy to adjust and readjust the workflow as you need to.

Alteryx can do a LOT more than just prepare data, though. It can add additional information.

Finding items like averages and sums is easy enough in Tableau, but if you only care about the end result, having too many calculated fields can end up in a lot of unnecessary clutter. You can end up with either in a single, massive, hard to understand calculated field, or three to four different ones just to make the actual one you care about. And trying to trace back a problem in the output is difficult either way.

Alteryx’s workflows allow you to do all of the calculation, aggregation, and data transformation your visualization needs – and then it can easily remove any cluttering fields before they even get near Tableau. You can see the data as it is before and after any tool has altered it – making it much easier to follow what is happening with your data.

And that’s just the stuff both of them can do. Alteryx was originally made as a tool for spatial analysis – and when it comes to spatial analysis, Alteryx is virtually unchallenged. The spatial powers of Alteryx include:

Have a problem? There’s a tool for that.

Alteryx has an utterly ridiculous number of analytical tools. As of June 2017, that number was around two hundred, and it has only grown over time.

This means any common action you’d need to perform – creating a new field based on a formula, for example – has a tool designed for it. This makes a lot of workflows easy to understand, as each step in your mind is a very clear step in the program. And these are generally designed for maximum convenience – the tool for inputting data can make a lot of assumptions just by looking at the file, and will already have decent formatting. And most of them even come with a well-annotated example workflow, that you can explore for common uses of the tool!

But what if, somehow, you can’t do what you need to do without a massive workflow? What do you do then? You can make it a lot simpler on yourself – design a complicated workflow to perform the core action you need, then turn that workflow into a macro that acts as a single tool in other workflows. Some of the tools that Tableau uses actually are macros – for example, the Data Cleansing tool is one.

Yeah, this whole thing is one tool. And this is one of the simpler macros.

And if you don’t know how to make something like that? You might just be able to get someone very generous to make it for you.

The community around Alteryx is eager to help each other, and frequently share macros – or even make them on request. If there’s a missing tool you need, and you can explain it well enough to the Alteryx community, someone will generally step up and make it. That tool then becomes a public resource – one that everyone can download, If it gets popular enough, it might even get added into Alteryx by default.

Through these macros, Alteryx’s capabilities are constantly expanding and growing. Even beyond the tools in it’s arsenal, the dedicated effort of the community means that Alteryx’s maximum potential is a moving target – one that could potentially elude the creators for years to come.

To sum it up simply, Alteryx does to data flows what Tableau does to data visualization. It makes this seemingly arcane field clear and simple – to the point that even someone who’s never touched a tool like this before can understand what the workflow is doing. And to someone who’s experienced with the tool, it gives them the ability to do incredible workflows. It lets them turn a complicated mess of sources into a simple, easy solution.

Personally, at this stage I even find myself liking Alteryx more than I like Tableau,.But Alteryx was only introduced to me a month ago, and I’ve had small encounters with Tableau for years. This tool is something you’ll be questioning on your first day, learning on your second…

And every day onwards, you’ll love it a little bit more.