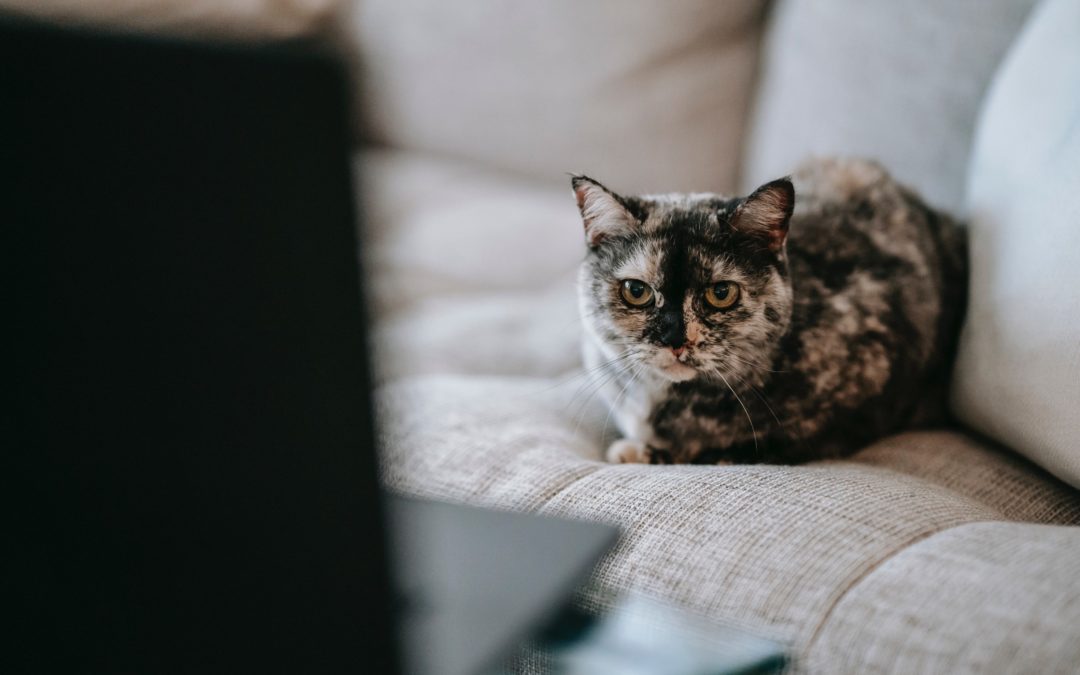 It’s finally here! The infamous Dashboard week. Although personally I wasn’t dreading the coming of Dashboard week as I quite enjoyed presentation days. For me it was more of a mild excitement.

For the first day we were tasked with making a dashboard out of the Jikan API. This contains lots of information about Japanese anime. I had many ideas for what I wanted to do which was a good thing as a lot of them ended up failing fast. The idea that I ended up with was looking at the movies that are made from popular anime series (because they’re usually bad).

While the dataset is mostly clean, connecting to it is the challenge as it requires connecting to the API. It was a bit more of a challenge as there is a limit of 60 requests per minute. With five other people trying to request data at the same time, this led to some fun with getting locked out.

To get the data that I wanted, first I had to get the top anime series. This was done with an iterative macro on the top anime list to get 250 entries, which was then aggregated to about 175.

To then get the movies attached to that series, I ran a batch macro that ran a search query on the API. I problem I ran into with this that some series had very general names (like “Monster”). This required me to manually look through the rows to see which were related to the series. 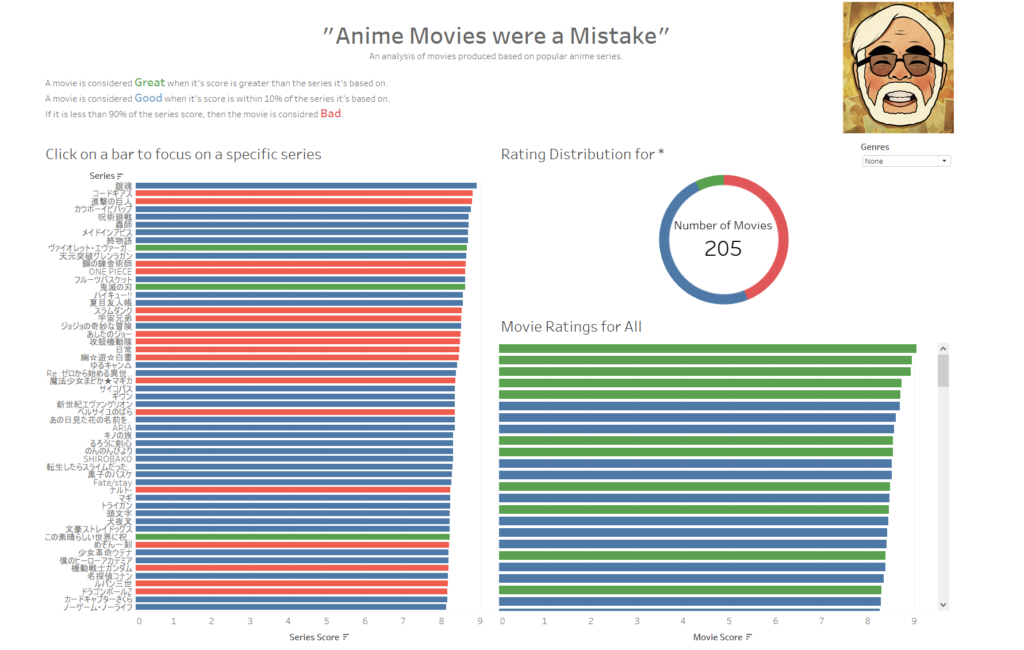 The dashboard looks compares the fan ratings of movies to their associated series. They were coloured based on their relative performance and could be filtered down by genre or by the series itself.

One down, four to go!