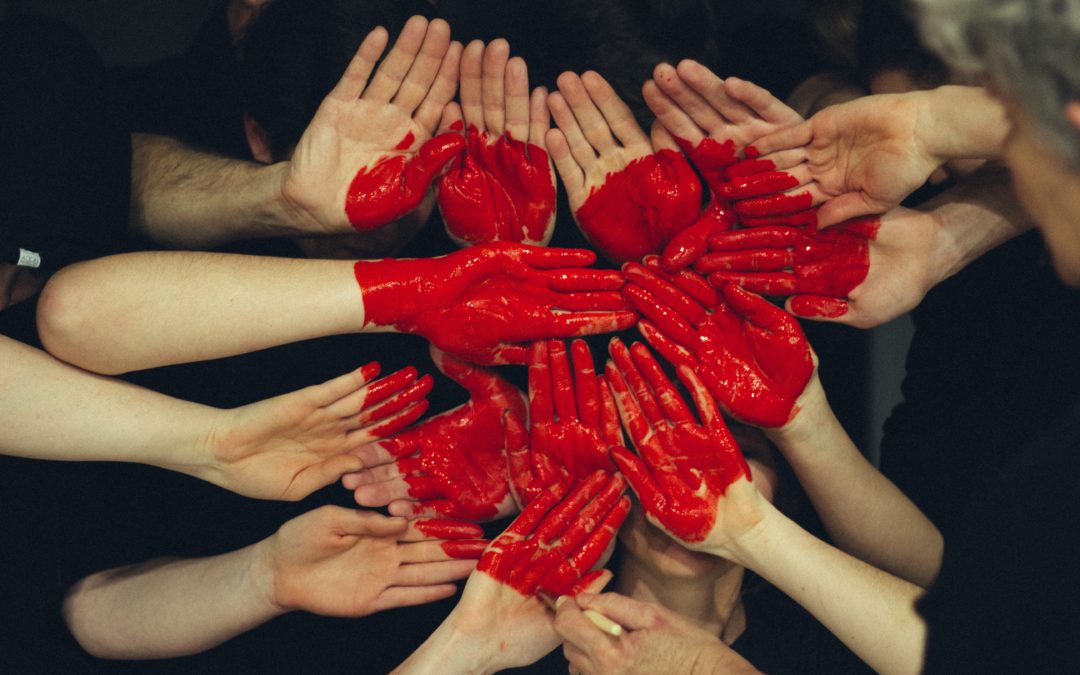 Today was the first day of dashboard week. And what better way to start than analysis of Australian charitable organisations. Feel free to check out the data here. The dataset classifies the charities based on what their promoted cause is, and also has info on target demographics.

My first approach seeing the data was to look into a specific charity type, namely natural environment. I was hoping to do something with the date the charities were established and also location data. However this didn’t end up being fruitful story-wise.

So I took a step back and had another look at the data. I noticed that many of these charities worked in multiple different sub-types e.g. Reconciliation charities may also focus on advancement of culture. I also saw that charities for the advancement of religion were the largest charity sub-type.

From this I took the approach of investigating the religious (and other) charities and how many of them had additional sub-types. 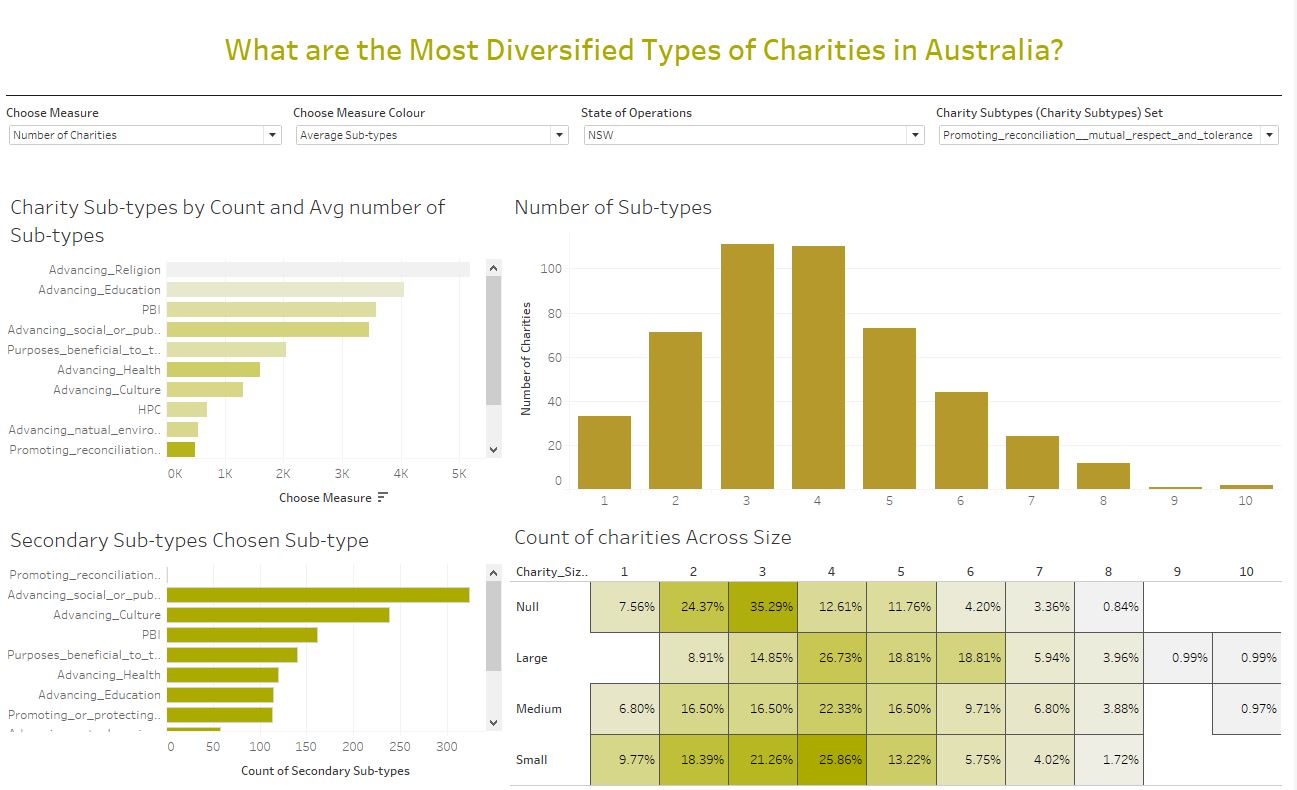 To my surprise, religion-focused charities were some of the least involved in other charitable causes. The group of charities with the widest range of involvements were reconciliation and tolerance, and human rights. This would make sense for reconciliation in particular as Aboriginal focussed charities may cross into many sub-types like culture, environment, wellbeing.

The most common charities operating in New South Wales differed to the Northern Territory in particular, perhaps due to a focus on aboriginal concerns.