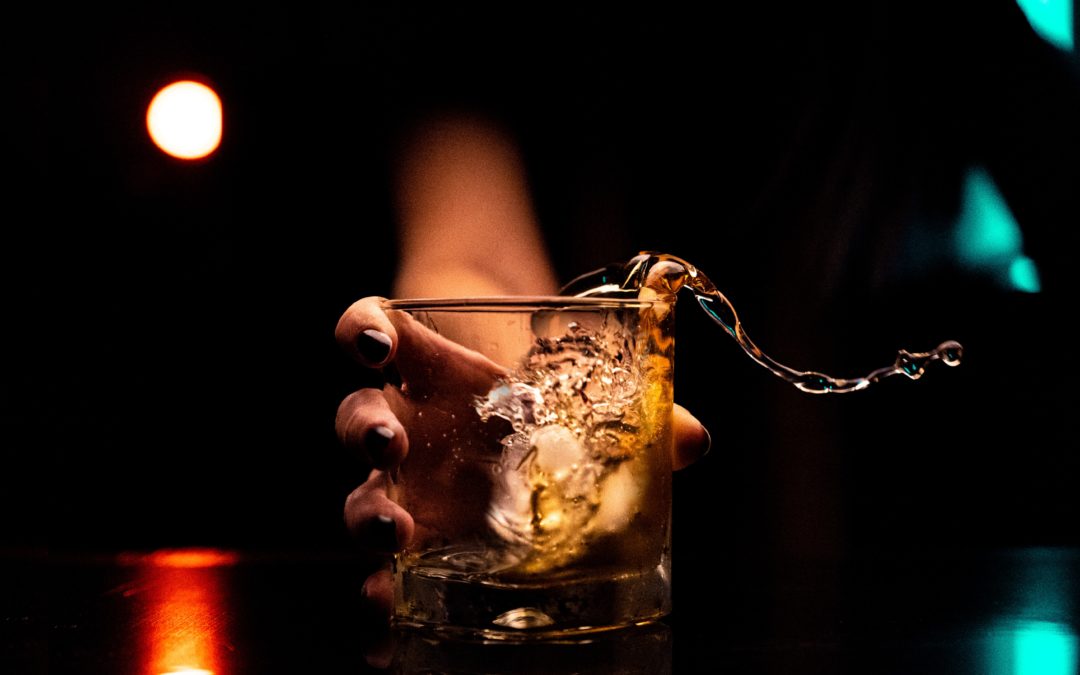 Our second day of dashboard week fell on Melbourne cup day. So what would be more appropriate than a dataset on whisky sales? Today was the API challenge, and so the task was to download the data from the Whisky Hunter API, prepare and then visualise a dashboard.

Using Alteryx I was able to call the API to and parse out the data. There were multiple endpoints, so I had a look at all of them. Below is the workflow for the datasets I used. This was from the /distillery_info and /distillery_data endpoints. In the workflow, the first download brings in info on the distilleries, while the second download brings through auction sales data for each distillery, after parsing the JSON out, I outputted the datasets into tableau to create a relationship and explore the data.

Looking at the measures in the data I initially wanted to explore the relationships between amount of whisky traded and some of the other variables such as customer ratings. However this didn’t appear to show a clear relationship.

I then looked at which countries the distilleries were located. The majority of which are in only two countries, Scotland and Japan. What better way to view the data than through the lens of Japan vs Scotland, a head to head stats report. 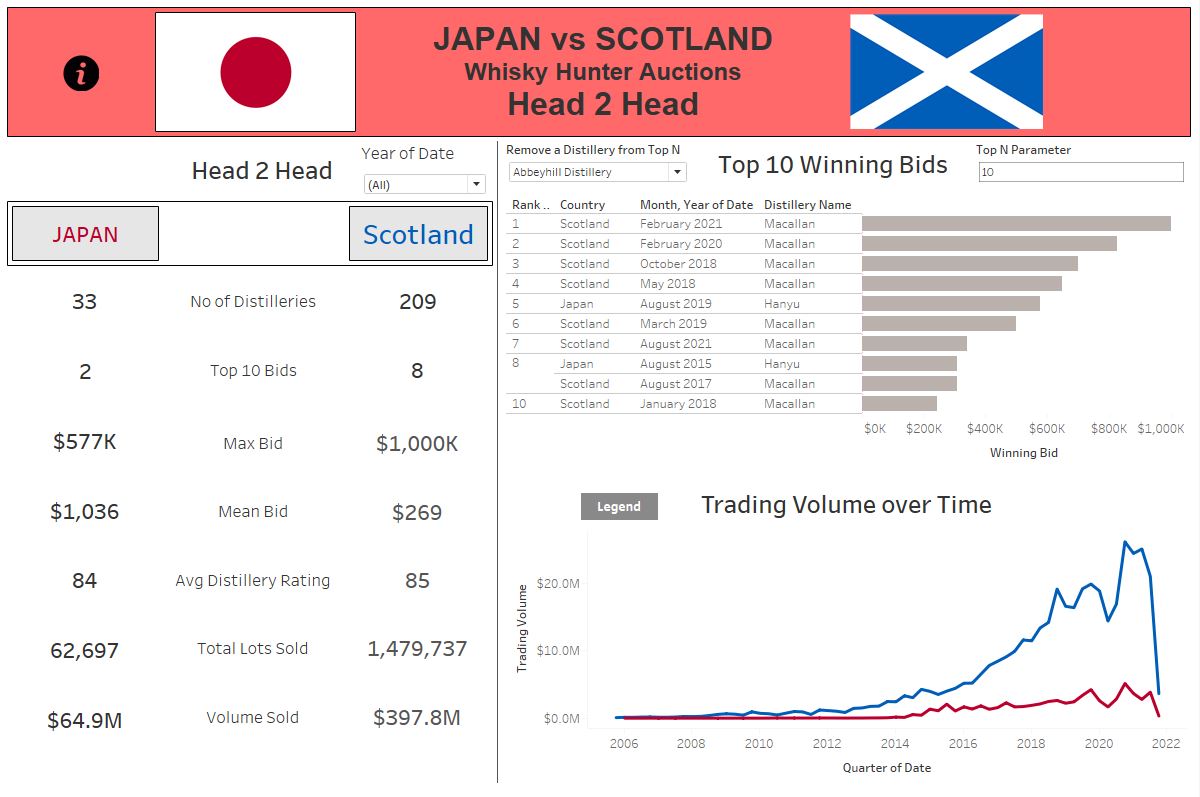 What I found was that Scotland had far more distilleries on these auctions, as well as a lot of very high bids for some whisky’s, 8 of the top 10. However Japan had a higher mean winning bid, which was very surprising and suggests there are a lot of relatively cheaper whisky’s being sold.

A huge portion of the Scottish Whisky’s trading volume (sales) comes from 1 distillery, Macallan, which also had plenty of entries in the highest winning bids list. When this distillery is removed we see that Japan would have 8 of the top 10.

In short Scotland is the overall winner due to huge amount sold, but on average Japanese distilleries have higher auction settling prices on average.