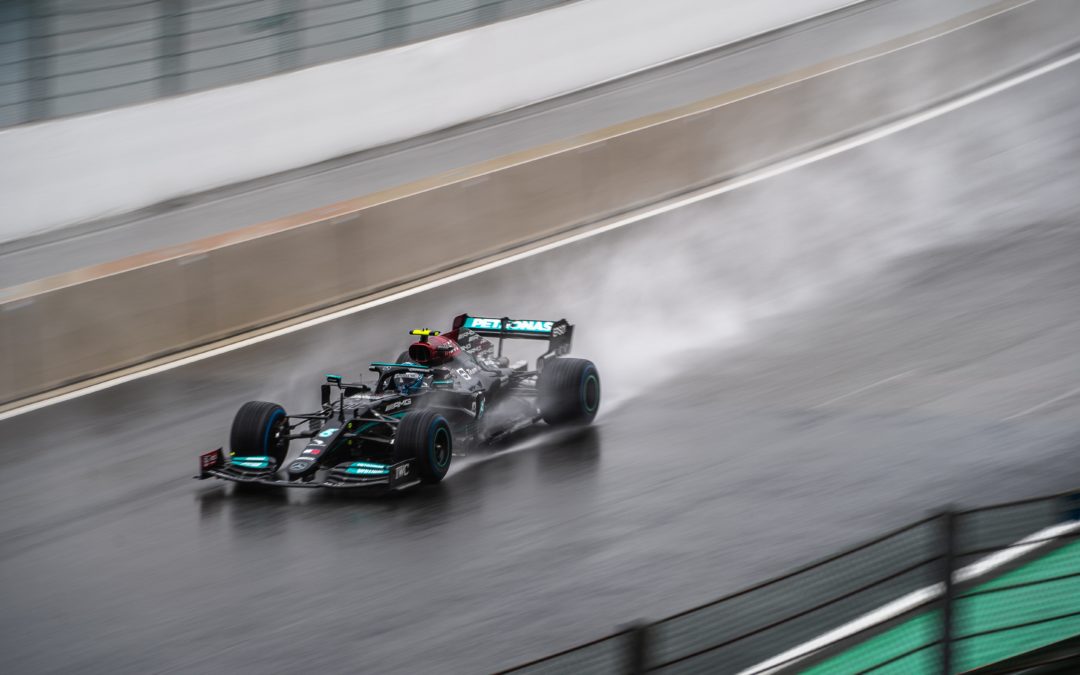 It was Thursday and I had a decent nights sleep, considering the quality of the other nights that week. Todays challenge was the Tableau web edit challenge. The rules were simple:

The reality was not so straight forward.

The data we got to work was the history of formula 1. Including race results, constructor (team) details, pits stops, lap times. There were a lot of tables with a lot of primary keys and foreign keys to link them together. The data was also quite clean and well structured, so I didn’t need to use Alteryx for this challenge.

I did some research on formula one to help me come to a story, and the first thing that came to mind was, who are the greatest racers ever? While it’s a fairly obvious take, its also one of the things that most interests people. Not being a close follower of F1, I found that Lewis Hamilton and Michael Schumacher had 1st and 2nd on the list of most wins, and appeared on lists of greatest of all time. So my angle was who was better, Hamilton or Schumacher?

This time around I didn’t change my angle, and went through with most of my original idea. However, for unforeseen reasons, the tableau server we were making our dashboards on regularly dropped out and there were periods where we couldn’t work on them. This meant I had to start working on Tableau desktop, however I don’t consider that cheating because I later remade the charts in server.

Certain things couldn’t be done in Server which were possible in Desktop including limitations with sets and formatting. Which may explain some parts of my dashboard.

I was also very happy to create my first bump chart showing racers rankings across different performance metrics. Even though bump charts are usually across periods of time. 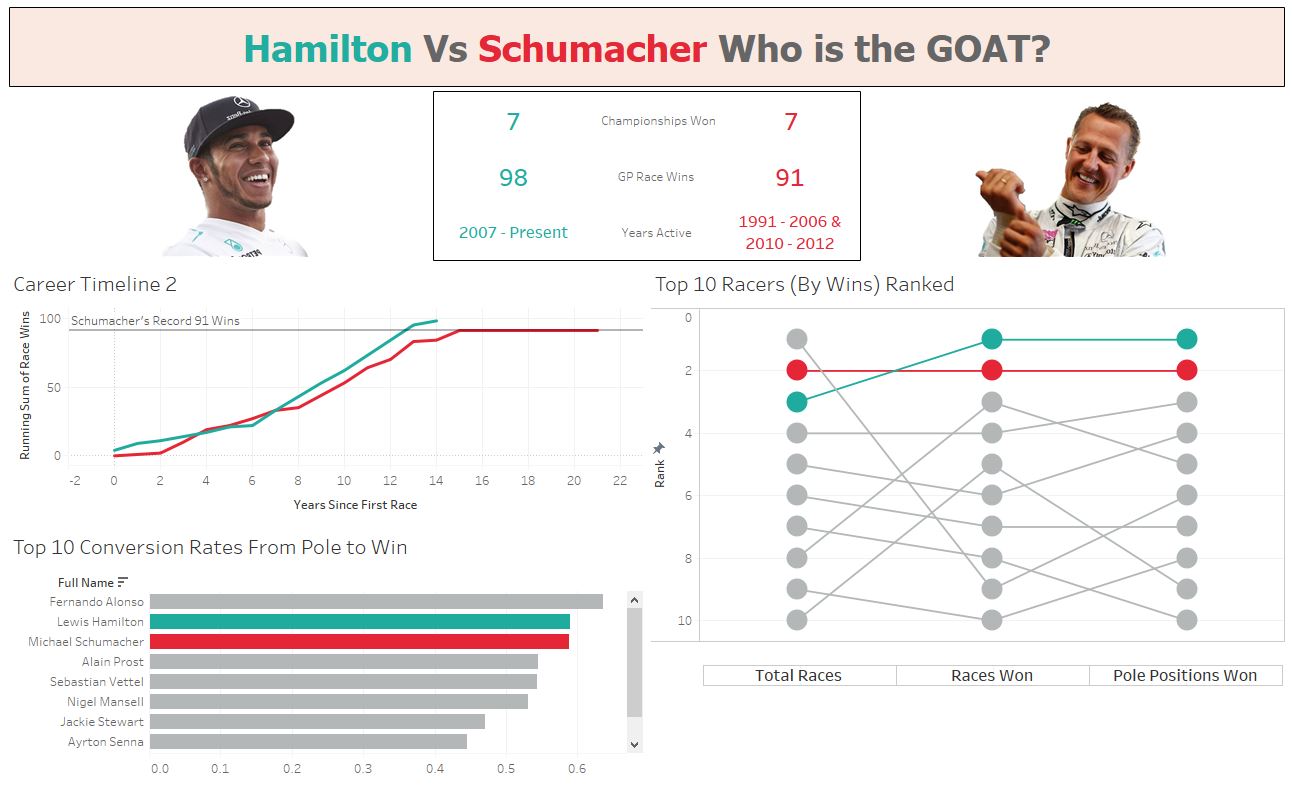 Both have very similar conversion rates from pole position to race wins, and Hamilton has a lot more pole positions won than Schumacher.

Based on the data Hamilton edges Schumacher and who knows where he will finish his career which will likely end soon as he is 36 years of age.