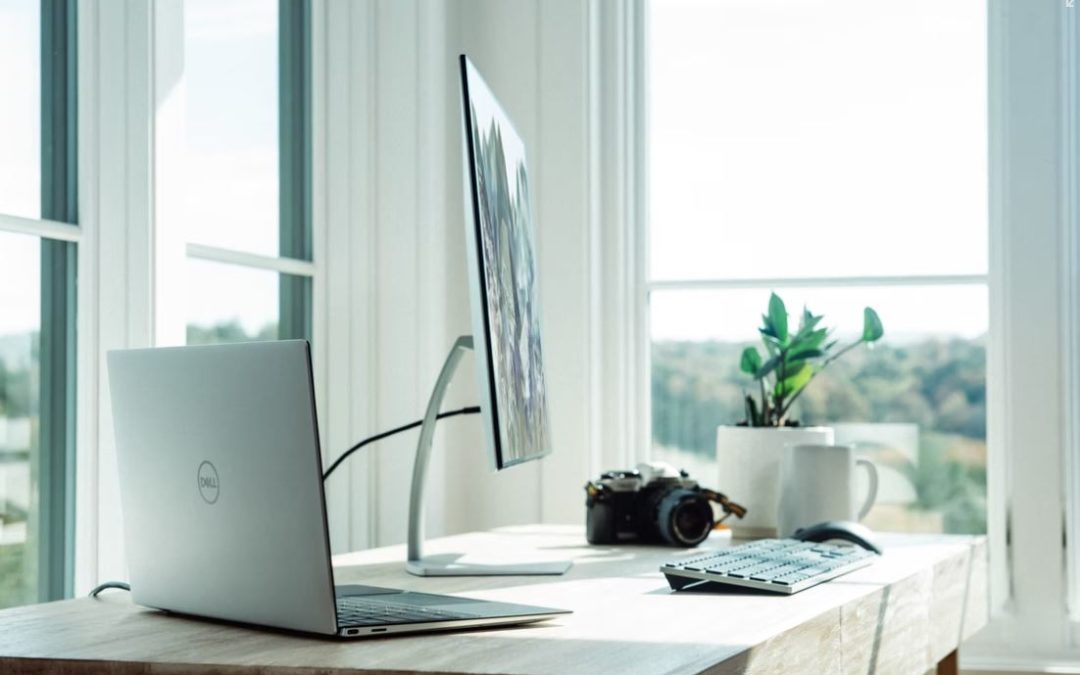 Today was the first day of dashboard week; every Data School learner will eventually enter this week to create great data visualization dashboards over a week. It’s time to put what I’ve learned over the last four months of intensive training into the real world

The dataset is a “wide” table with a category field only. For the best practice of data visualization, I use the Alteryx to transform the “wide” table to the “narrow” table. The strategy used here is to group by the column with the same topic, convert it to a narrow table, and eventually combine all transformed tables to a single “narrow” table.

Here is my Alteryx workflow; as you may notice that I grouped the columns by “ Charity operating locations,” “charity subtypes,” and “charity beneficiaries.” 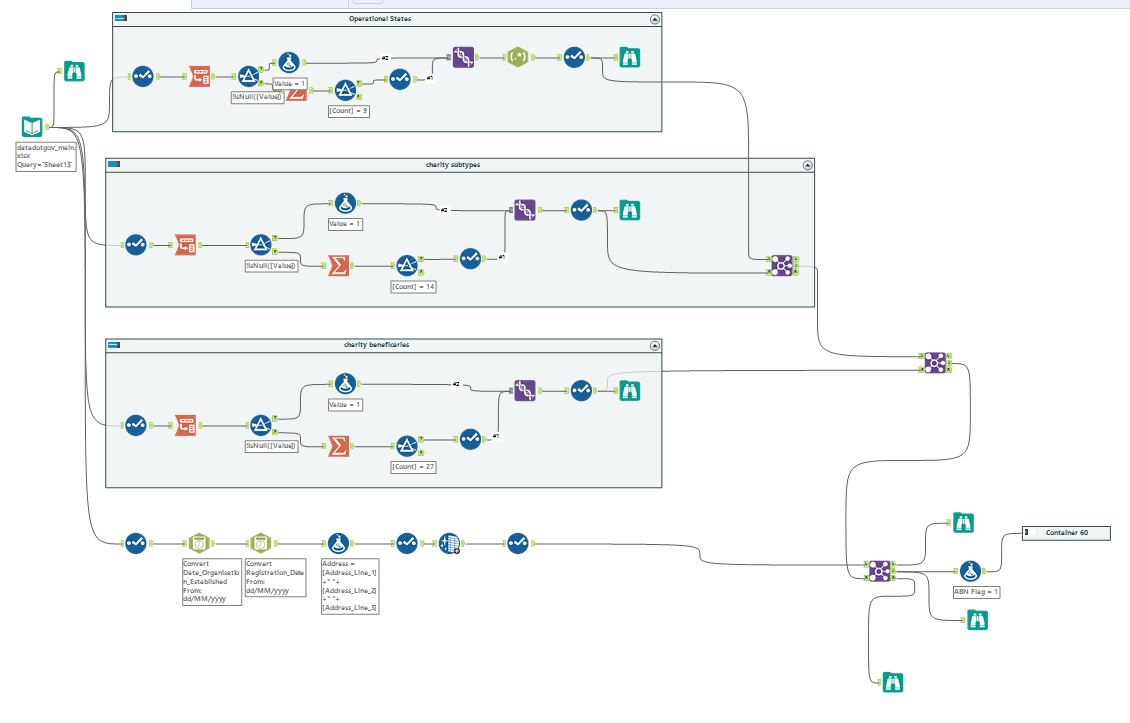 After analyzing the data, I came up with a story of looking at establishing Australian charities over time. There is a lot of interesting points I found in the data set. Here is my finding in the dataset:

(2)Since 2000, there has been explosive growth in the establishment of charities. In just 20 years until 2020, about 48% of charities have been established

(3)The beneficiaries of charities are mainly “general_Community_in-Australia” accounting for about 7.7%, followed by young people and adults accounting for 7.1% and 6.4%;

(4)In “Advancing social or public welfare,” the target of beneficiaries is “Financially_Disadvantaged,” which has a sudden increase after 2010. This may be due to the economic depression after the economic crisis in 2008

The dashboard I make not only presents the trend of the established number of charities over time. But also show the operation location over Australia, and you can also find a specific charity by filter and view it by the link in the dashboard. 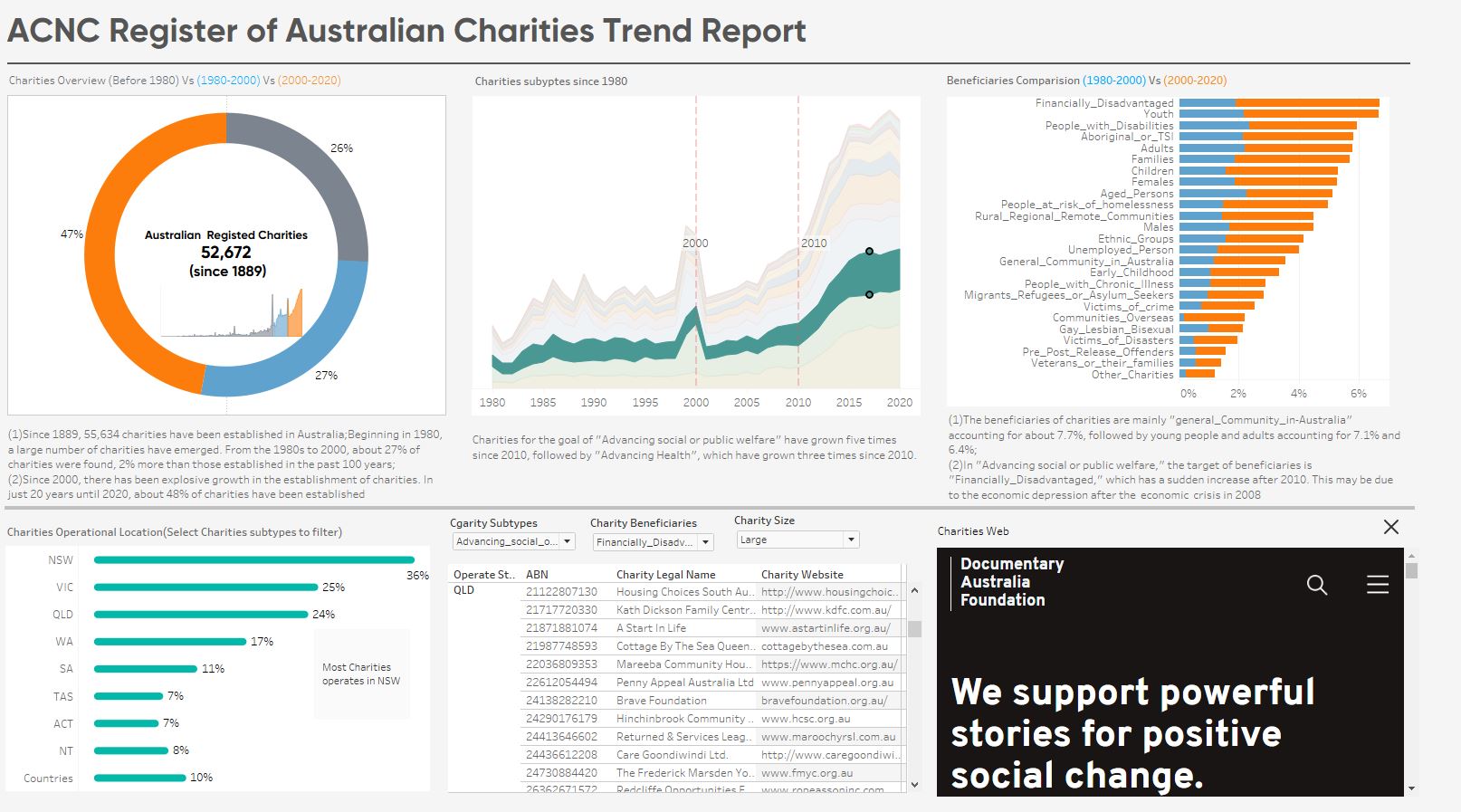