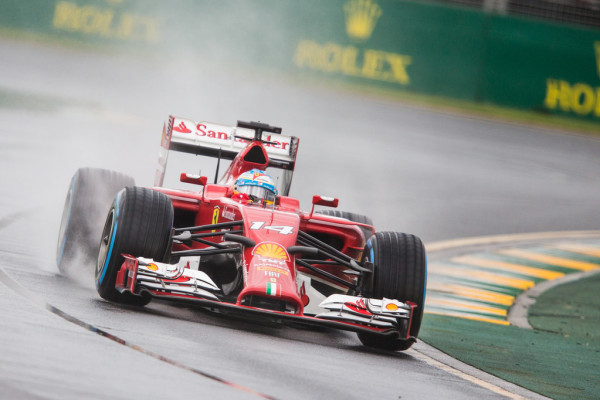 It is already day4 of the dashboard week. Today’s challenge is to make a dashboard online with F1 race data from 1950 to 2020. Now all Tableau Server users who have web authoring access can edit or create views dashboards. However, because web editing is typically used as an ad hoc solution to build on or update existing workbooks, it does not provide all the functions accessible in Tableau Desktop. The data set for today’s task is relatively clean, but since I have already familiar with the tableau desktop layout and function, it takes me time to adapt to the web editing version.

The dataset consists of Formula 1 races, drivers, constructors, qualifying, circuits, lap times, pit stops, championships from 1950 till the latest 2021 season. Although I do not need to spend time processing this data set, I have never paid attention to any F1 events. I hence do not know of them. So, first of all, I have to understand F1 events, competition system, and related technical terms. Searching for relevant information through Google, I quickly grasped the F1 race information; And eventually， I decided the dashboard only focused on the talented driver-Lewis, Hamilton. As the dataset consists of information in different files, I use the relationship to connect all the files.

By analyzing the data, I understand Hamilton better. He is a British racing driver, competes in Formula One for Mercedes, and played for McLaren from 2007 to 2012. In Formula One, Hamilton created seven World Drivers Championship titles (tied with Michael Schumacher) and maintained the most wins (100) and pole position (100). I also made an indicator to measure Hamilton’s winning percentage. The winning percentage of Hamilton shows 36% (counting players who participated in more than 100 races), which far surpasses the opponent.  After joining Mercedes in 2012, Hamilton helped Mercedes become one of the most successful teams in Formula One history and achieved consecutive Drivers’ and Constructors’ Championships from 2014 to 2020. 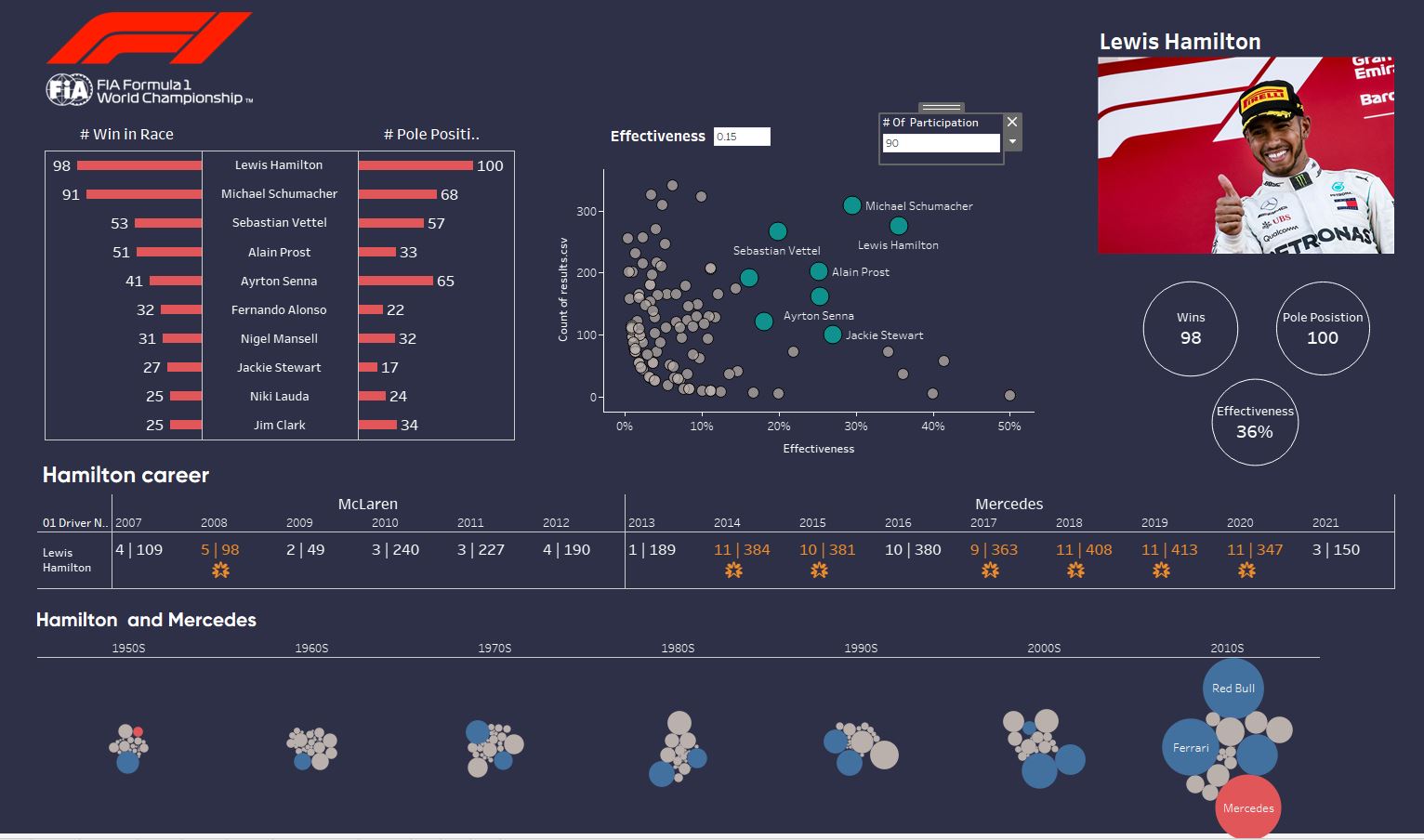