Today we were given a new task to delve into the interesting yet morbid topic of motor vehicle accidents. With such a vast array of information and potential storylines to develop, it was no easy task! I opted to investigate the stigma of danger associated with motorcycle riding. As a learner rider myself, I have been drilled to expect the worst and anticipate imminent death every time I ride.. While I do realise riding without a large metal cage around you (ie like driving a car) is relatively dangerous, I wanted to see if this was actually shown in the data.

Luckily, today’s data was nicely formatted and ready to be loaded straight into tableau, the difficult bit was working how to show my story. While I initially focused in on motorcycle data, I quickly realized I would omit some very valuable information for comparison and relative measure to other accidents that occurred over time. There are also certain stigmas around gender and accidents, as well as age brackets, so included a few measures for these as well.

I managed to find that relatively speaking, motorcycles weren’t involved in the most of the fatal accidents, but did come out on top for those that caused serious injury, but this trend has been declining since 2015. Conversely, drivers and passengers had the least fatalities as well as the least injuries. Most accidents that motorcyclists had did not involve any other cars, and may be attributed to user error. If motorcyclists don’t have the highest fatalities, can you see which road user does? Find out here. 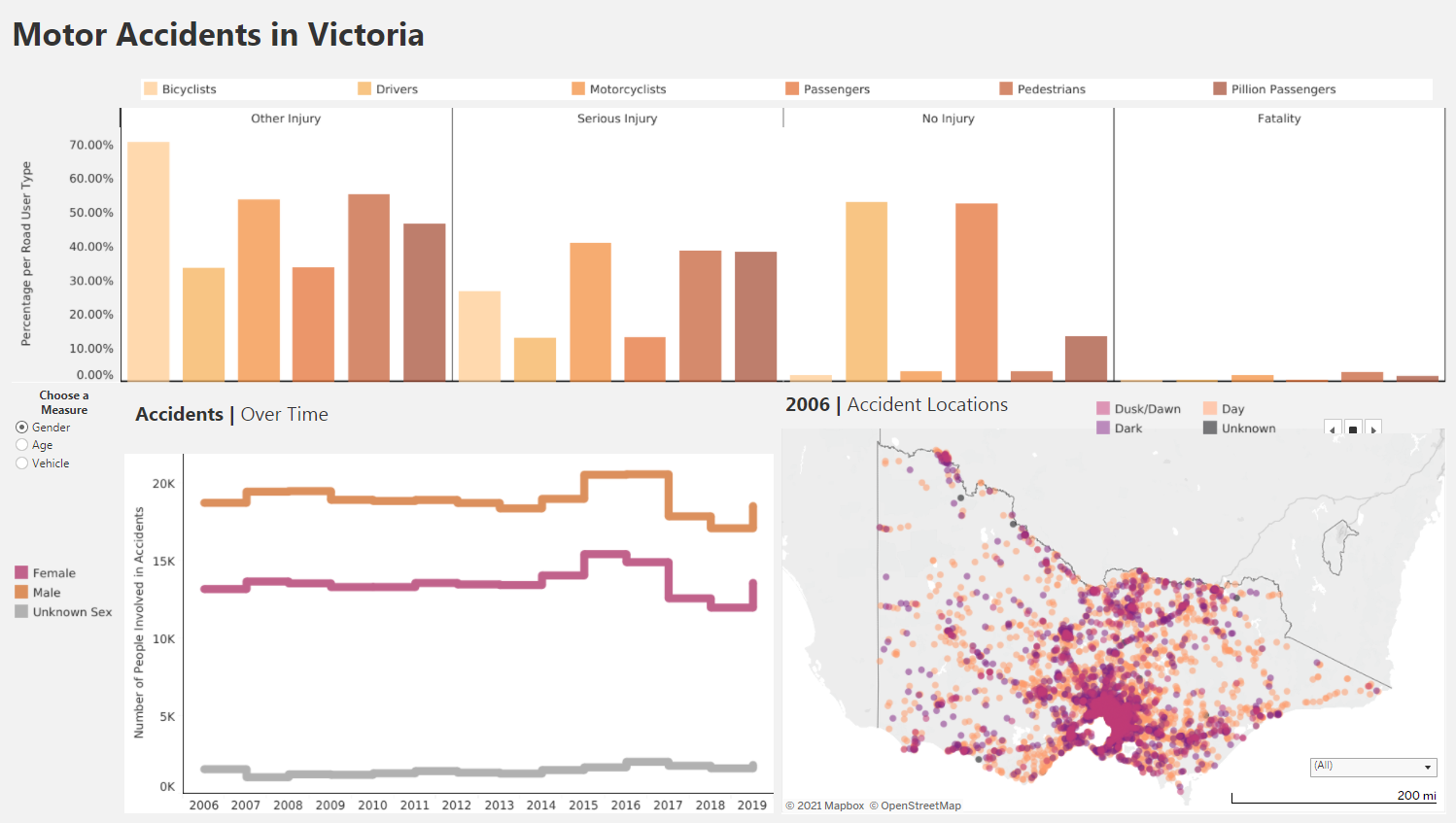