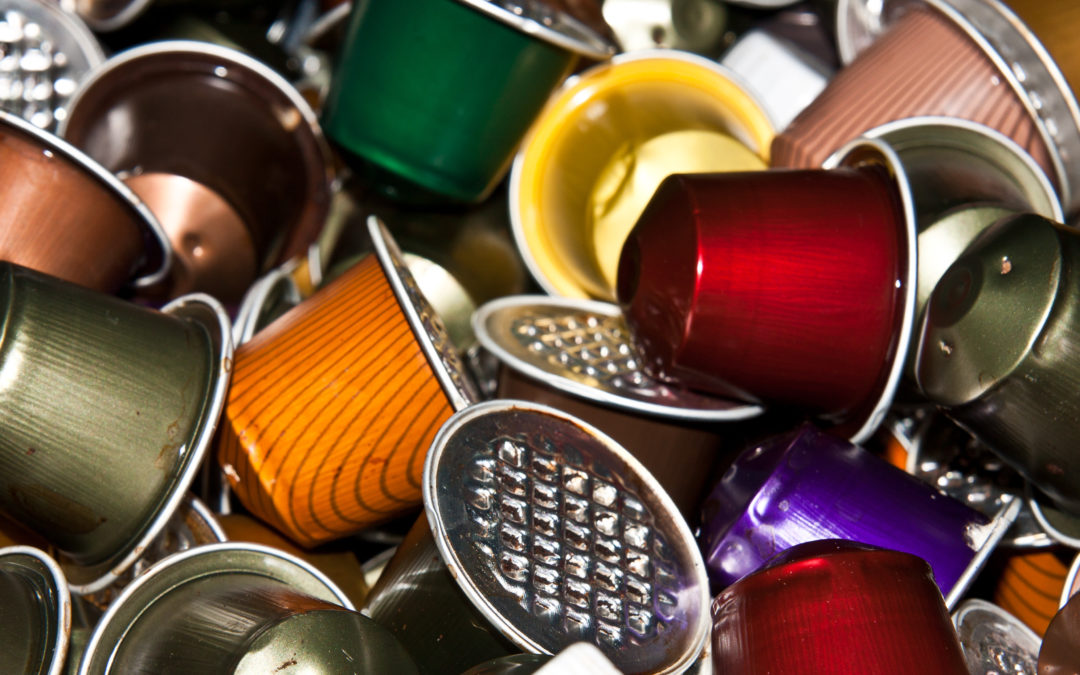 Day 2 of dashboard week started with a briefing about George Clooney’s continued ambassadorship for Nespresso® – the coffee pod producing mega giant. As most Nespresso® pods end up in landfill, we were told to use multiple datasets about the world’s growing plastic problem to build a dashboard that would convince Clooney to ‘get another job’.

The datasets were already aggregated and cleaned, and there were plenty of them to choose from. Day 2 had the makings of a pretty cruisy time in Tableau. This was right up until we were instructed to build the dashboards completely within Microsoft’s Power BI.

Oddly enough, Power BI was the least of my concerns. My main issue stemmed from being hell bent on finding data specific to coffee capsule consumption and waste. The datasets we were provided with contained aggregated values of plastic production and mismanagement in general by country and year. I was driven by the fact that Nespresso capsules contain mostly aluminium, and because they can’t be recycled due to their size, wanted to tell a story around wasting this ore.

Apart from a few joins, prepping the data in BI was very much like it would have been in tableau; I created many simple calculated fields that built on each other. These fields provided estimates for:

Building a dashboard in Power BI

I expected myself to become frustrated while building out the dashboard, but instead enjoyed the aspects of BI that aren’t present in tableau. For instance, floating objects are the norm in BI. Every viz automatically has a transparent background and you can position things exactly where you want.

The chart types are also already ‘built’. You can click on a chart icon and a grayed-out version of it appears on the page awaiting your input re. X and Y axes. These vizzes however are a lot less bespoke as certain things can’t be altered in the detail that Tableau provides.

At the end of the day, my dashboard looked like this: 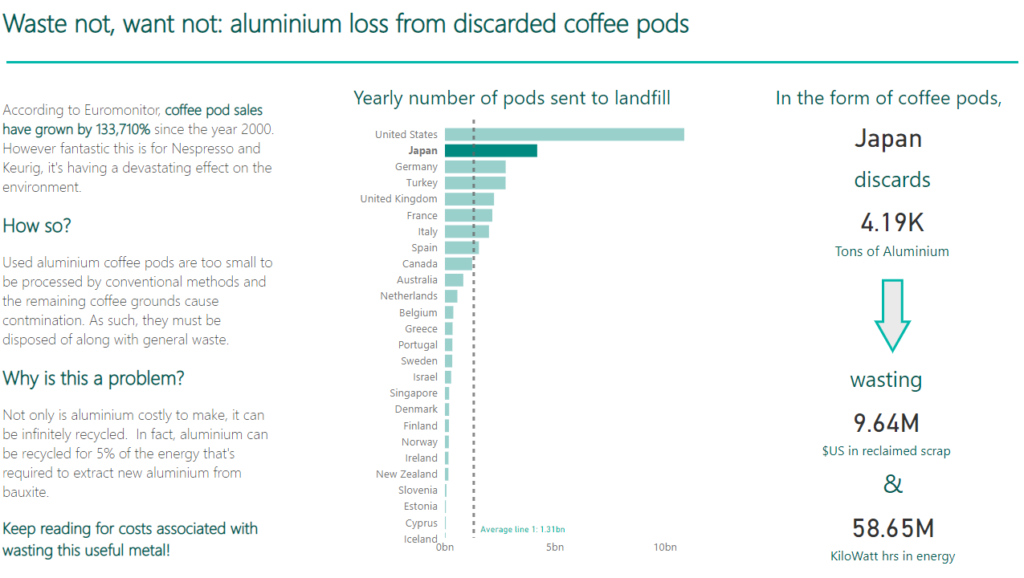 The bar chart shows the number of pods that aren’t recycled each year. It should be noted that this is ‘dummy’ data derived from one country’s known yearly consumption which was extrapolated for other countries based on population. Because coffee pods seem to have a market exclusively in the developed world, I included only these countries. Clicking on a bar updates the BANs to the right which display the information derived from my custom columns as a top to bottom sentence.

Ideally, a lot more would be included on this dashboard. Namely time series analysis of Nespresso® pod sales along with the % of pods that are sent back to Nespresso® to be recycled (by country). Unfortunately, this information hasn’t been made available by Nespresso® or competing companies. I can say this with confidence because I wasted a lot of time looking for it before settling for very peripheral data.

Luckily, I found this search incredibly interesting and it was genuinely fun trying to put a monetary or energy cost on throwing away a coffee capsule.