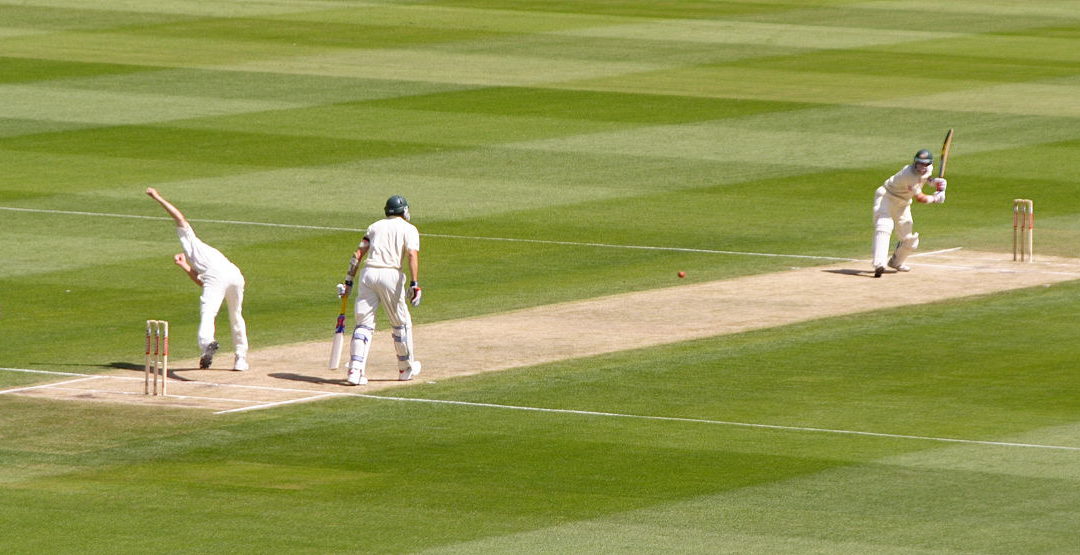 Day 3 of dashboard week brought with it the return of Tableau. The dip into power BI yesterday was exciting but it was good to get back into familiar territory. It was only fitting that the subject matter of the dataset we received was far from familiar: Cricket.

It’s safe to say that the first half of the morning was spent doing some intricate research.

Five minutes into reading up on Australia’s version of America’s greatest past time, I realised that a quick google wasn’t going to help me on this one. Instead, looking through a player profile table, I saw two columns of interest: batting hand and bowling hand. As a left hander I’ve always been interested in the breakdown of right and left handedness amongst different groups. This seemed like the perfect thing to focus on.

The column containing the bowling handedness contained strings like ‘Right-arm fast-medium’ and ‘Legbreak googly’. I set upon parsing out the handedness as well as any other information in this column like throwing speed and ‘googly’. I’m not sure what a googly is but we have that information if needed. There was also a height column with both metric and imperial units as strings so I parsed these out and converted them to metric.

My alteryx workflow was as follows:

I struggled with finding the best way to display the handedness amongst cricket players. A pie chart that resembled a cricket ball was tempting but wouldn’t provide a direct comparison between different dimensions. I ended up going with two bar charts. One to rank the teams by their proportion of left handed players, and another to show a break down by game role. Grouping the 8 game roles into batsman, bowler and allrounder meant that a high level view could be seen before using hierarchies to drill down further. It showed that a high proportion of batsmen use their left hand, with the exception of players who are exclusively batsmen.

The lower half of my dashboard contained a parameterised scatter plot with player name as the level of detail. I encoded any left handed playing in green (some players bat left handed and bowl right handed, and vice versa), while using shapes to encode other information. For instance, I wanted to see if there were any trends between whether players use two hands, only right or only left, and certain player metrics.  The resulting dashboard looks like so: 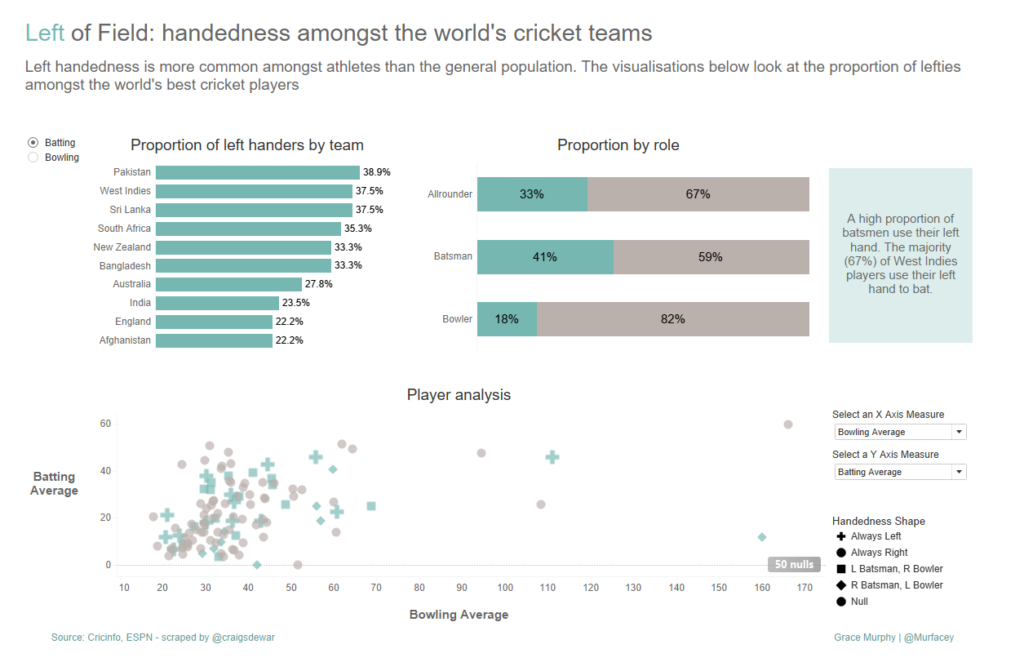 What could be improved

A lot. I struggled to formulate a vision for this dashboard and the result is a design that doesn’t look very cricket-y (trying to replicate green cricket hats didn’t have the desired effect). It also needs some BANs rather than the static annotation on the right. My preliminary research showed that slow bowlers tend to be left handed and this would be great to incorporate, too.