For Dashboard week day 2, we were given YouTube Trending Data from Kaggle. This dataset had several datasets for different countries and what videos were trending on a specific day. Using this dataset, we would have to make a dashboard on anything and we were able to get any extra data we wanted. I did not use much external data for my dashboard but did import data from Wikipedia for a bit more data. 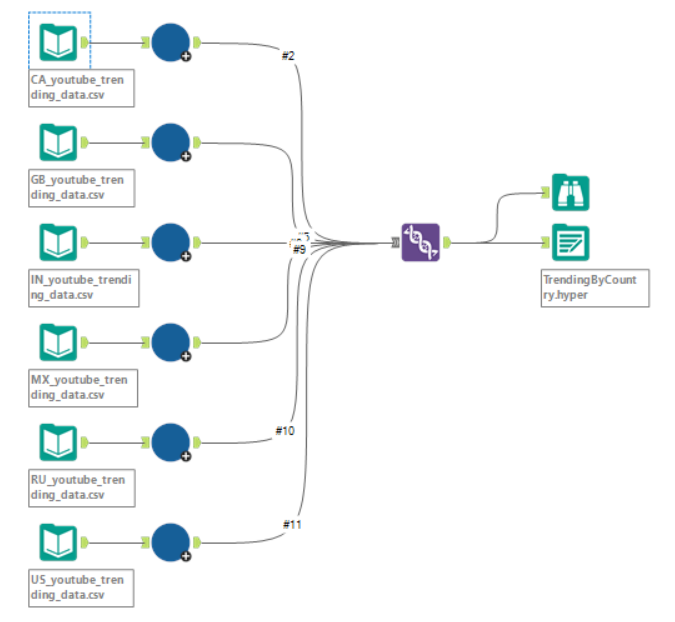 I used a macro in order to repeat the process of filtering the data. Cleaning out the dates to usable versions for tableau. Then adding the country code in order to be able to tell them apart after joining. The category field was in IDs and I knew I wanted to use it later so it was replaced within the macro. I used all the datasets initially until Tableau kept crashing every time I attempted to make a sheet. I later cut a lot of the country data because of this and was left with six in order to move to Tableau. 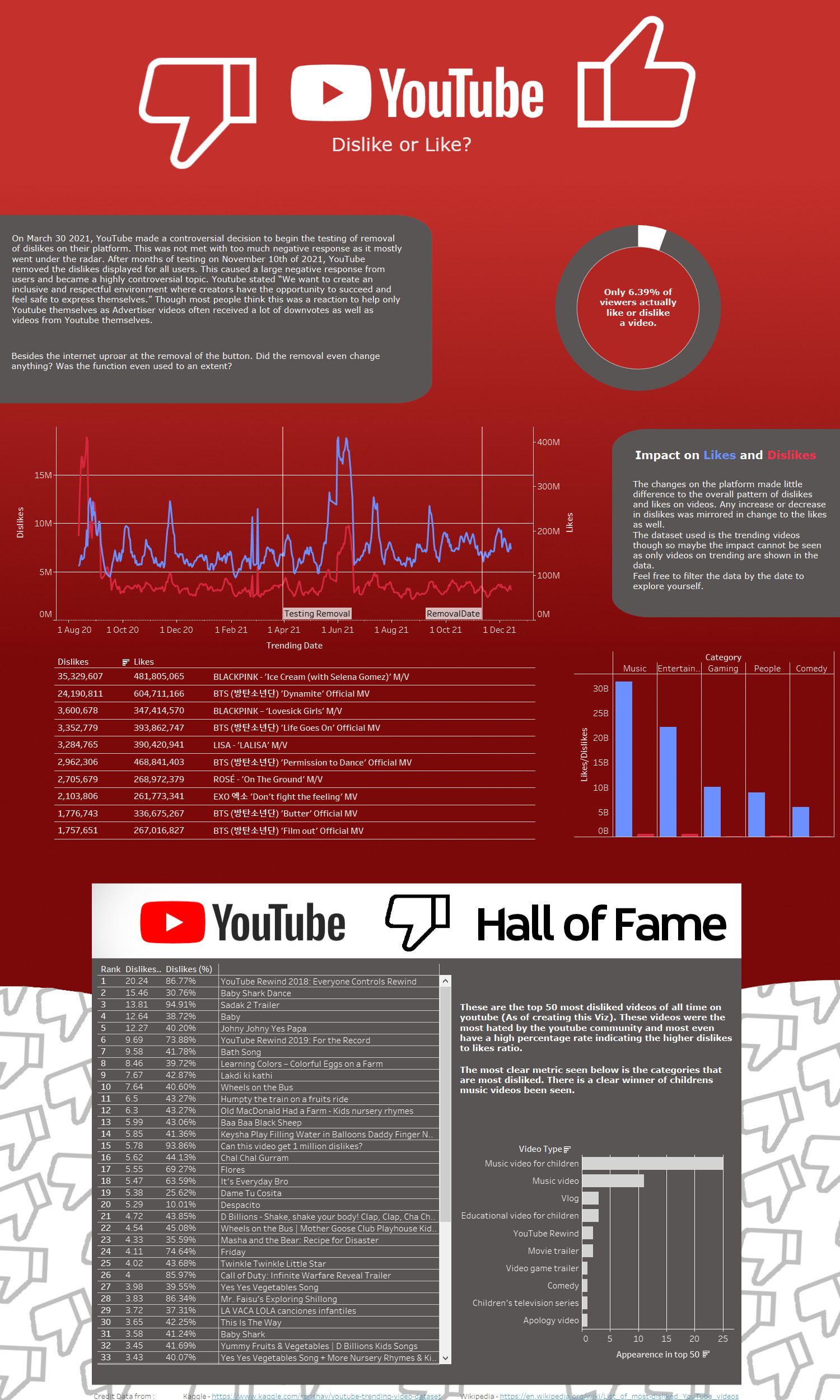 For this dashboard, the data I wanted to look at was the dislikes. The idea came to mind the second I saw that the data actually had them. Considering a couple months ago, YouTube removed dislikes from showing on video pages. This was going to be my story going forward into looking at the impact of this decision. Though the data was limited and we were restricted to only the trending videos, I feel like its still an alright analysis.

The theme of the dashboard was going to be more infographicy. I decided this due to my Day 1 Dashboard and the fact that I could just remake the same sort of Viz but for the new data. I wanted to move away from that and make something different.