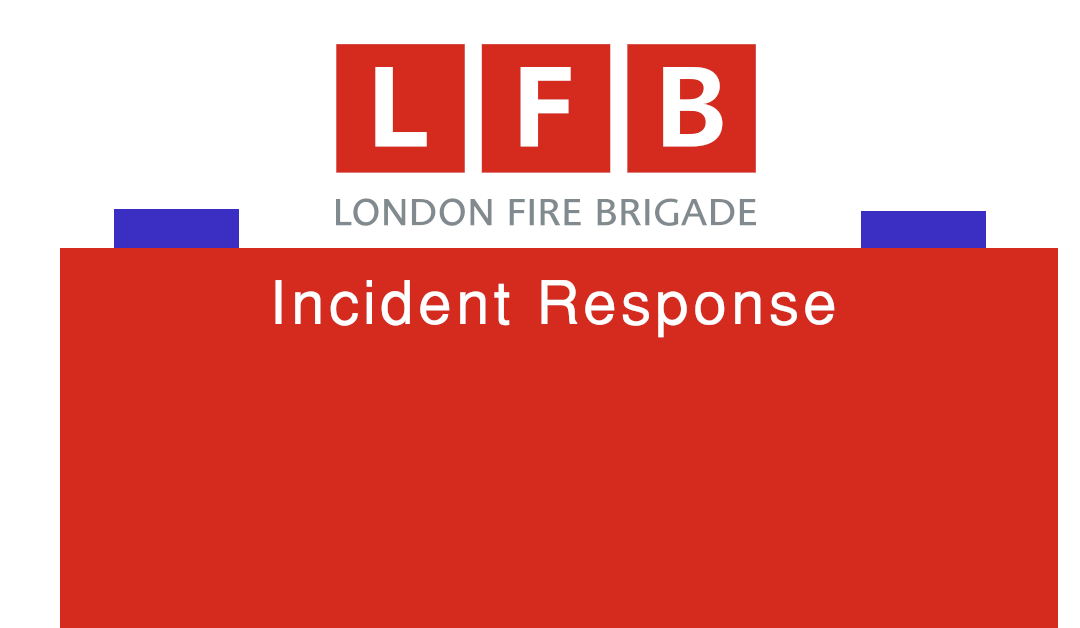 For day 2 of the Dashboard week, we have been given the London fire incident dataset. Just like before we had to make any analysis on the data that we wanted. For this I thought to create a Viz based on response times but the data was limited. I managed to join extra data on response times. Even with extra data, it did not come with as much as I hoped for and could not make too much so I shifted to just make a quick analysis and drill down by incident. From this I also got fire station data.

Initially I joined the given data with the extra data from London response times. Then I made points using the spatial tools in Alteryx and proceeded to output. The data from the google maps was downloaded via KML, I then used MyGeodata to convert it to a usable Excel. Due to the data being very messy, I cleaned it in Tableau Prep. I choose prep over Alteryx for its more intuitive and interactive fuzzy matching and on the fly cell editing. Through this I could edit and join the data, giving me points at every fire station in London. 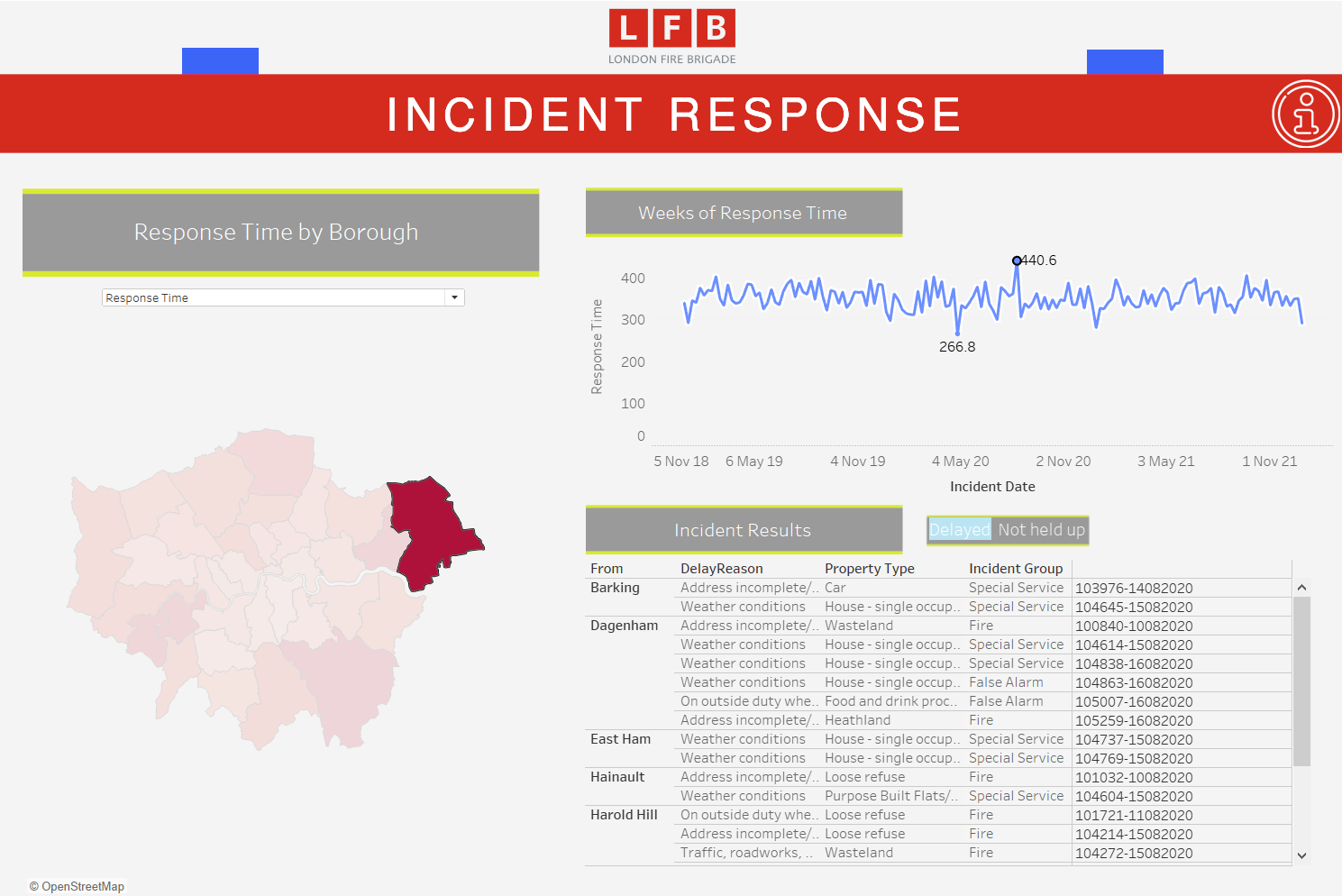 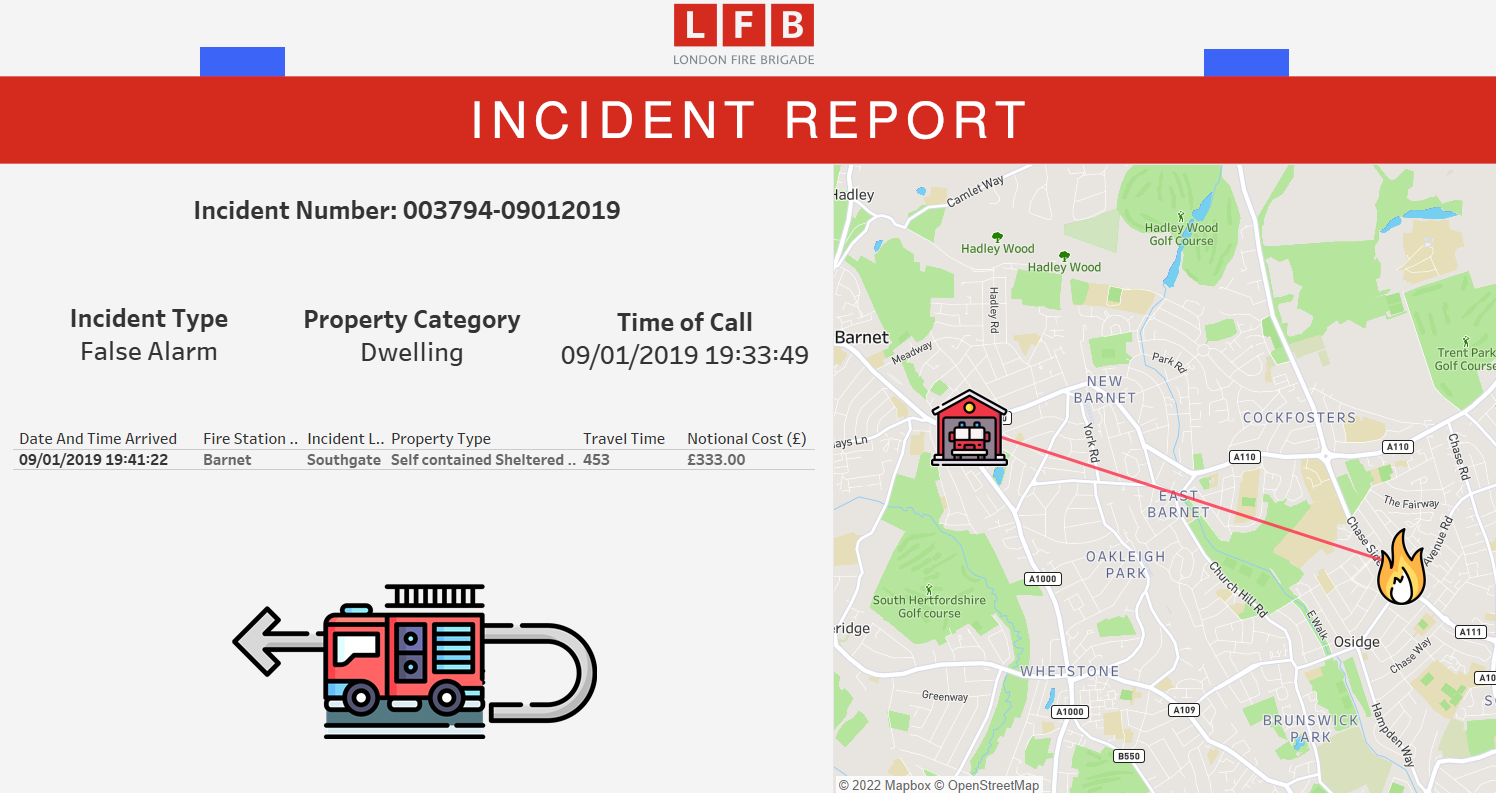 The dashboard was themed after the London fire brigade website and logo theme. I made it so any user can select to filter the dash by borough, then time and finally if the responders were delayed or not.

At the beginning the dash can also be filtered to show metrics by incident count or by the amount of average time it took to respond to an incident.

The top and lowest points of response time/incident amounts are displayed by time on the graph. This gives the user a nice overview of how everything is going over time. Which allows for easy noticing of outliers in the data.