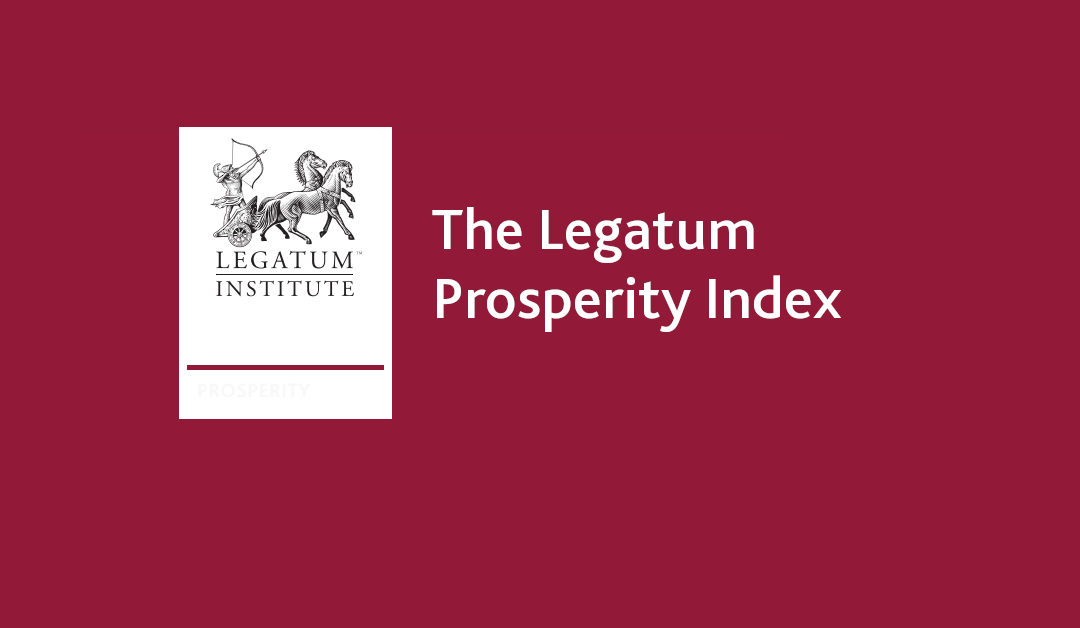 For day 4 of dashboard week, we were given the The Legatum Prosperity Index data. This dataset includes every country and their ranking prosperity based on categories. This dataset was a challenge, while it seems pretty easy at a glance. It was very hard to identify a story to build a Viz around. Adding more data for a story also proved much harder then it should have been as there was little data to link to. In the end I only used the base dataset.

The data preparation for this day was very light. The data was not very usable within tableau since it was very sparse. Using Alteryx, I changed some title names and filtered out any data that was not needed. Then I used the transpose to move the data into a better structure in order to get it ready. This split some of the needed data into the same column so a quick split columns changed that. After that it was cross tabbed back into a structure that was good for tableau. The final select was to change the metadata of the data. This was changing the data types to integers and strings where applicable. 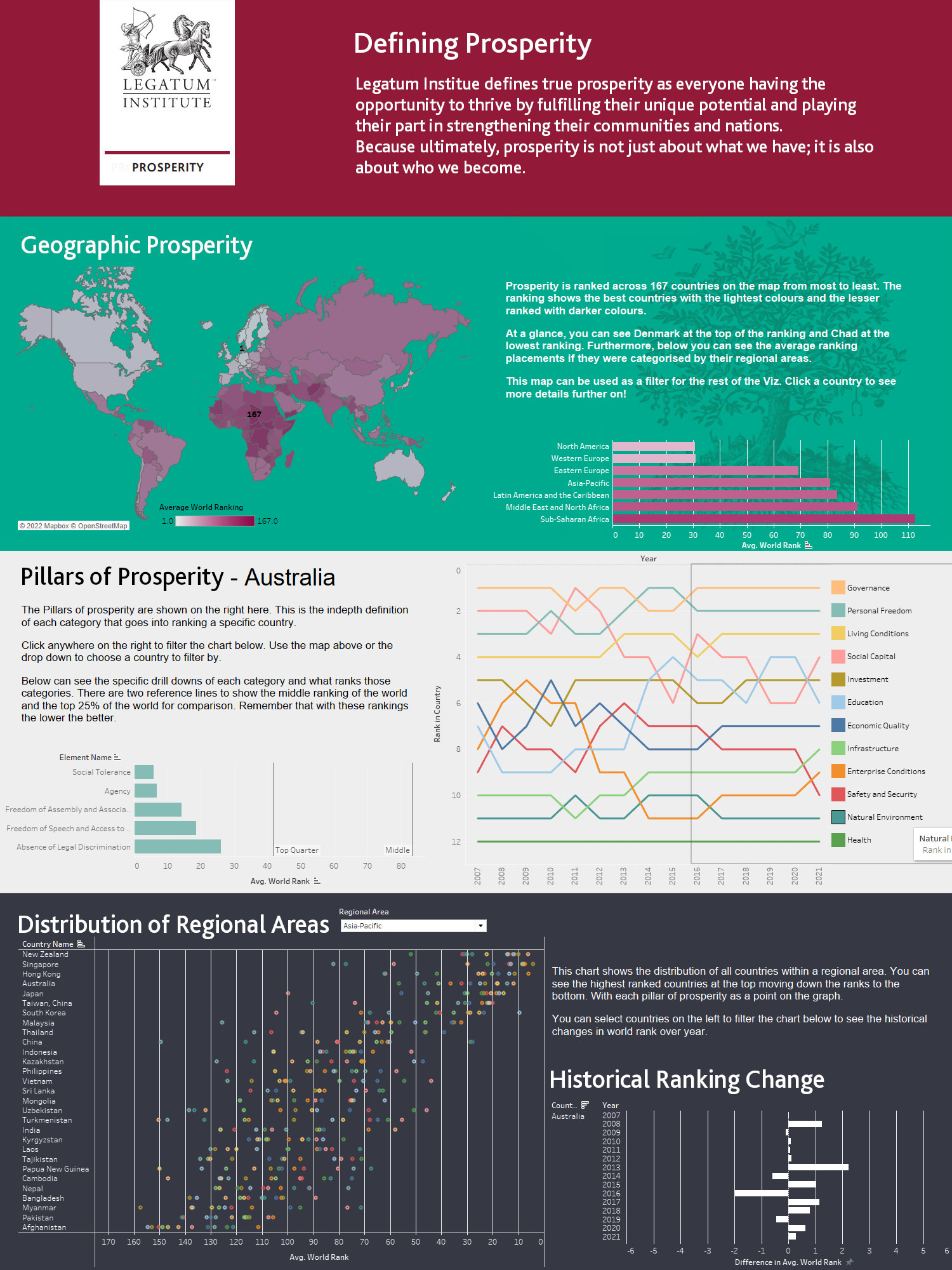 This time around, theming was a bit of a challenge since the website and branding of the company was lacking in colour range. Though using some graphics on their website and banding for their divisions of content, I managed to come up with a style to create a Viz.

Like I mentioned before it was very hard to find a story within the data. After spending half the day with ideas that fell through in the end. I cut my losses and started with just the base dataset and used it to make an overview categorised into looking at different sections of the data by country.

Firstly an overall look at the geographical spread of the data and the regions, the user can also select a country at this point in order to further use the dashboard later as the other sections are drilling down in the data. Secondly shows the pillars of prosperity. This is the different categories that the Legatum Prosperity Index uses to rank the countries and here we can see the spread.  Lastly we have the distribution of all countries in the same regional area. As an added functionality you can select a country to see its history over the dates on the data.