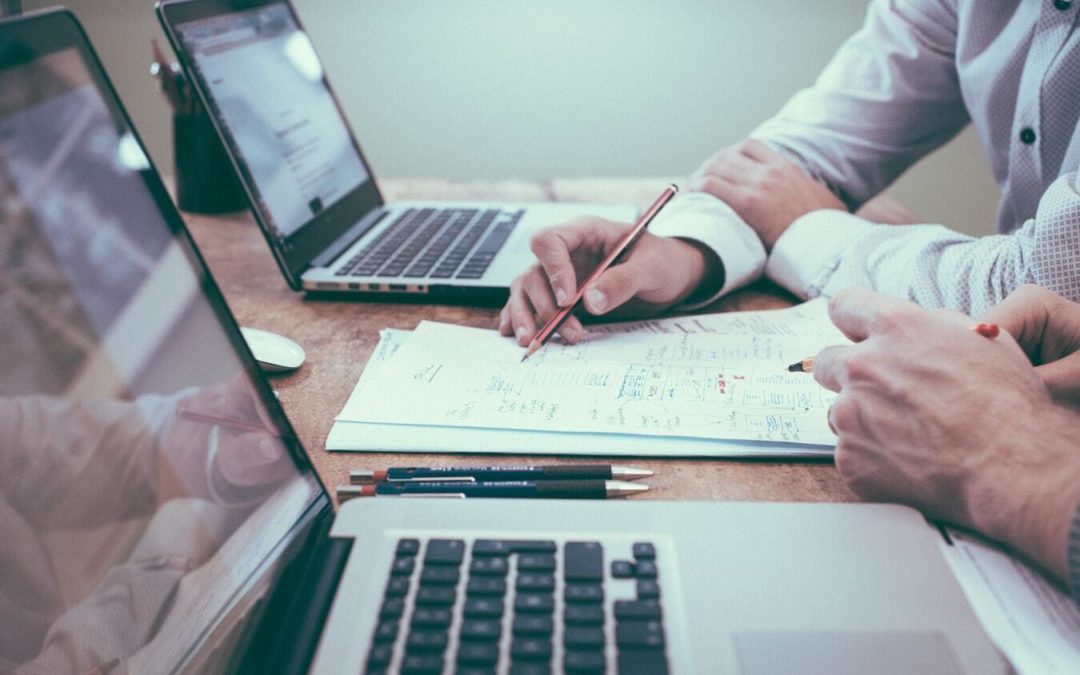 It’s the third day of dashboard week! Different from the previous two days, the task for today is mainly about visualization. For today’s challenge, we need to

2nd prepare data in Tableau Prep instead of Alteryx

Most of the time, I use Tableau Prep to quickly check data formats before dive into visualization in Tableau.  This could be a bit challenging in data preparation. There are two datasets – 2016 version and 2018 version. Compared to the 2016 version, the 2018 one is very clean, which seems like an updated version of the 2016 one. Therefore, I decided to choose the latest version.

Initially, I explored the data by randomly making couple of charts in Tableau to get familiar with the data. From the Kickstarter Project, I noticed that ‘State’ field indicating the project was ‘Successful’ or ‘Failed’. Inspired by Ash Shih’s Makeover Monday dashboard comparing sunshine time with sun & no sun, I decided to make a similar one by comparing the successful and failed projects. The main purpose is to find out if there is any factors that will affect a project status.

In my dashboard, I analyzed two aspects. First, difference between Pledged and Goal in US dollar. The idea is if pledged is more than goal, then the project is successful, else it is failed. To compare this, I decided to make a dumbbell chart and create a parameter to compare both in average amounts and total amounts by main categories. From the chart we can find that some projects (e.g. film & video) set unrealistic expectations which may lead to higher failed rate.

In terms of Project Duration, I calculated the project duration bin using the deadline and launched field and changed the bin size to 5 days. From the histogram, I found that no matter whether the project is a success or not, most project durations are around 1 month.

There are more insights in the dashboard. You are welcome to explore my Successful VS Failed Projects dashboard in Tableau Public. 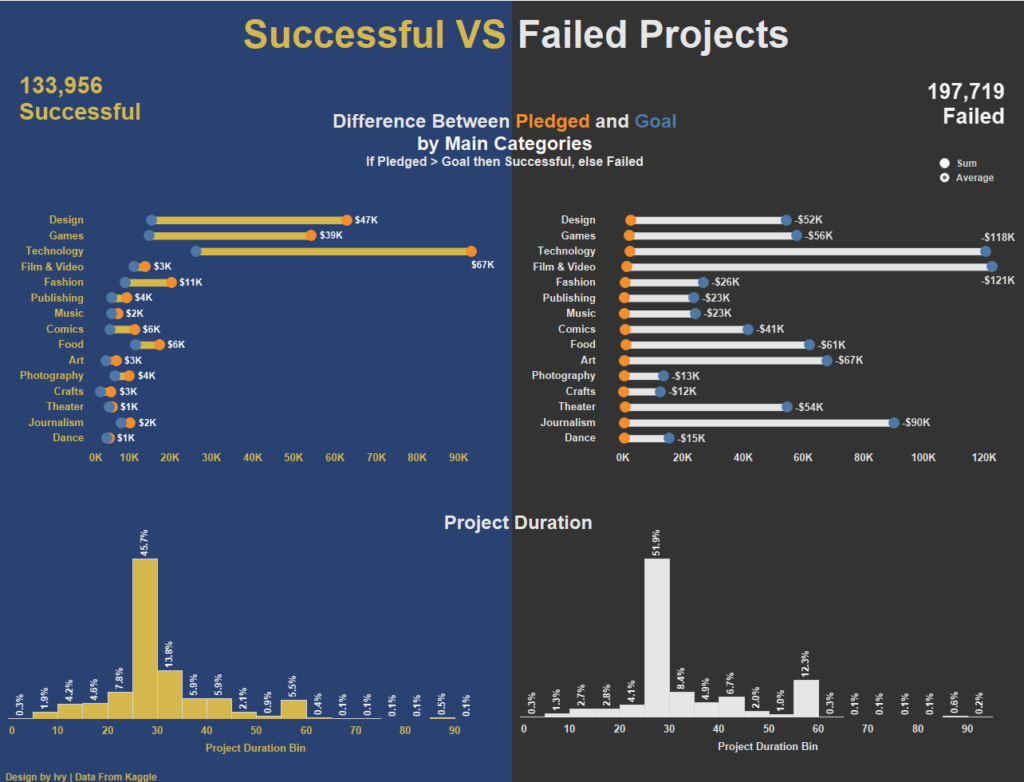