Forming, Storming, Norming and Performing in a Week 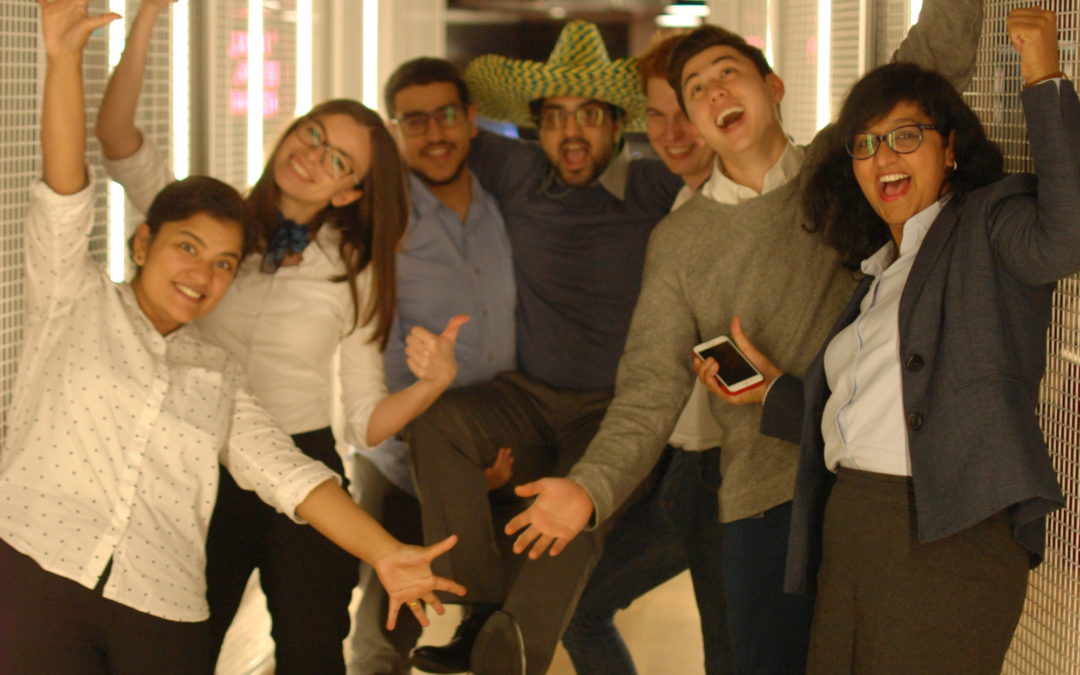 We are starting week seven of The Data School and we already finished two client projects. Having a retrospective session after the first project and openly discussing what went well and what could be improved significantly contributed to running more smoothly the second one. As a team we are going through different phases and we are all learning throughout the process. I decided to share my impressions from project number one since for me it was an important milestone for our team.

It’s Monday and we have a meeting with the client. We are all a bit uncertain of how things should roll. Despite being many times reminded to ask many clarifying questions, it seemed the confusion took over. Most of the meeting went by listening the client brief. I know, not the best way to start! But hey – it’s our first lesson learned (and there are more to follow)!

The meeting ends, and our team is in the forming stage (which to be honest started on day one of The Data School). We were all patient and considered of each other while we kicked off our project – seven data enthusiasts trying to make sense of information bits and pieces. It looks like we don’t know where to begin, but we communicate, we plan, we start to get our hands dirty… I bet if someone watched, we looked rather confused.

What could go wrong there?!

If you already have some background in psychology or management, or if you are simply curious about human interactions, you might have already heard of the psychologist Bruce Tuckman. He identified 4 stages in team’s development: forming, storming, norming and performing.

As the name of the second stage implies – storming is where the turbulence begins. In our project context, it all started with feeling more comfortable with each other. Under pressure, the social masks started to fade away and without noticing we started reveling the deeper layers of our true selves. We learned that among us there are some who care for perfecting the core requirements, while others for stretching the goals and aiming for what might sound like a risky road; that there are some who like structure and planning and others who’d prefer to go with the flow; some who were outspoken and shooting at ideas and others who’d keep the tension low… Personalities started to clash and it became a bit messy. 7 different personalities, 7 different priorities, 7 different approaches… Day one was passing by, we started to get sense of the data, but we barely had consensus on our top priorities. Second lesson learned: Define and record your goals as soon as possible.

It’s Wednesday and the pressure is at its highest (or at least that’s how I felt). We were lost in data and not even nearly finished. But at least we were more familiar with our tendencies while we started to get a feel of our strengths.

Thursday – everyone is in their zone. We know that time is flying, it’s a bit more than 24 hours until the client presentation. Groups are being formed – there’s the Tableau group working on scatter-plots and divergent bar charts, another one on correlations, third one perfecting Alteryx and doing some heavy lifting Tableau indexing… All of a sudden, we moved to norming and performing phase. Questions were flowing among groups, dashboards were starting to make sense and we were a step closer to meeting the client’s needs. Third lesson learned: Teams need time and effort to get calibrated.

At the end we had an awesome presentation and a happy client. We finished the week with a lot more lessons learned which we shared and discussed next Monday. It was a great starting point for our next project, and no doubt we implemented at least some things that we already learned.