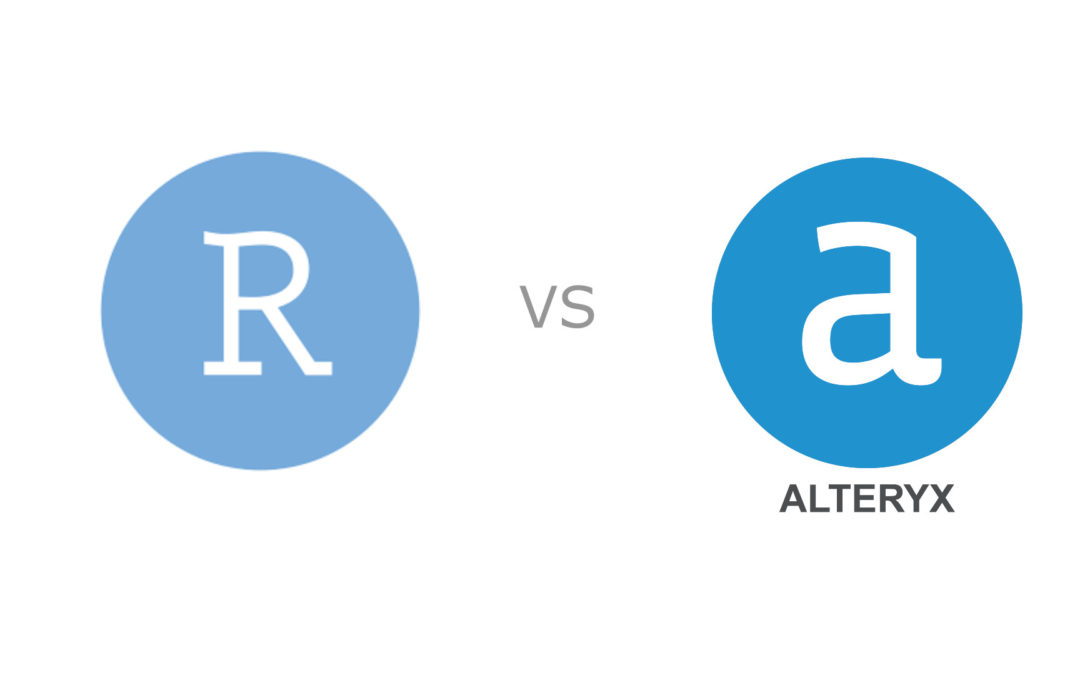 Coming from a statistics background, a program for cleaning and wrangling data was essential for performing statistical analysis on data. I had primarily used R and the Pandas software library in python for data wrangling and cleaning. However, little time was really spent cleaning and preparing data. I spent my time perpetually confused, debugging problems in code constantly. When I heard that Alteryx cleaned data without the use of any code, I was sceptical at first. After a week of learning and using Alteryx, I have been extremely impressed. Here are some of the key differences that I have identified.

The very first feature of Alteryx that I noticed was how simple and logical the workflows were. Simple tasks such as renaming a specific column can be done with a click and drag of a button. When compared to a programming language like R, it is astronomically easier. Here is an example.

Errors and warning messages have afflicted me with much misery in the past. In long workflows, every error message almost always leads to hours of debugging and tears. Even when the code runs error-free, it is not the end of the problem when the output isn’t what you desired. It is always difficult to trace back to where the problem is occurring. In Alteryx, when there is a problem, a bright red exclamation mark appears indicating exactly where the workflow has a problem. Furthermore, the browse tool can also be used after every step in the workflow to confirm whether the data is being modified as expected. 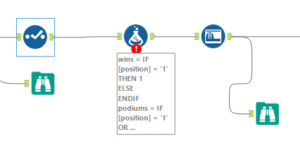 One of the most useful features of Alteryx is the ability to take inputs from various different sources and output the data directly into the required format whether it is a CSV or tableau hyper file. Here are the different inputs and outputs that Alteryx can take.

So far, performing simple cleaning tasks has been much simpler on Alteryx compared to other programming languages like Python and R. My first week of learning Alteryx has been a very pleasant experience.