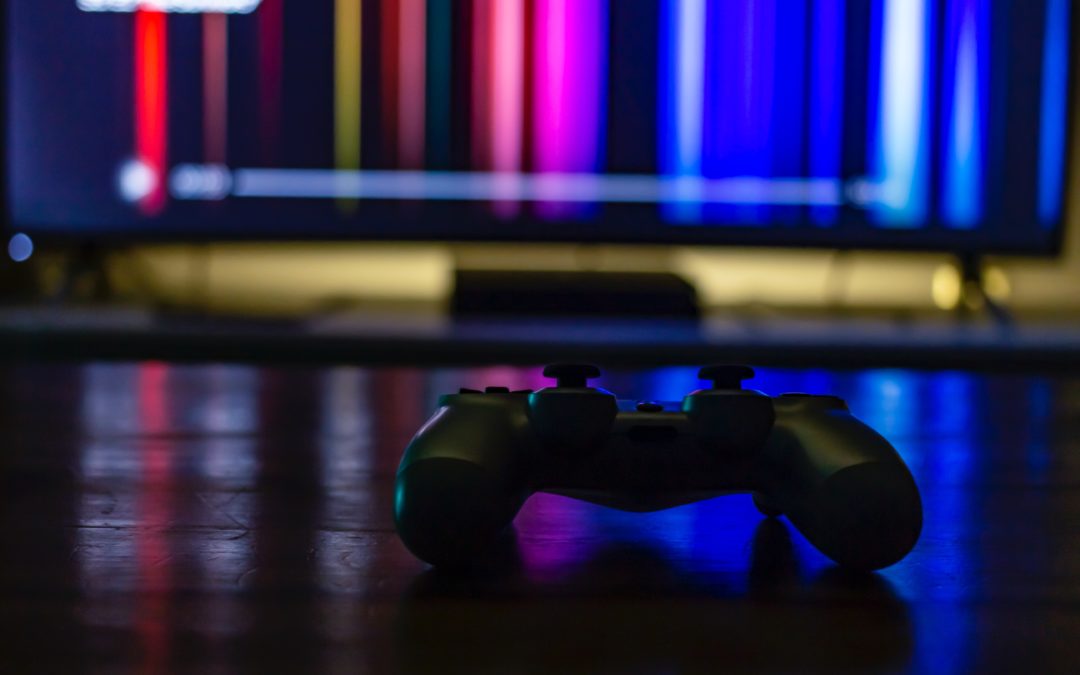 We’re halfway through dashboard week and we’ve been gifted the subject of video games. I could not have been more excited to dive into whatever dataset we got. However, it was never going to be that easy. Today we had to source the data ourselves by using an API through the Giant Bomb website. It had been a while since I’ve used an API so this was a good opportunity to practice. It was also a subject that I was both excited and knowledgeable about.

One of the hardest things about using an API is figuring out what you want. You won’t get to see the data before it arrives so you had to choose carefully. On top of that, we had a limited amount of uses for our keys so we had to be careful how many times we queried something. With such a huge database available it was quite challenging to pick a story.

I decided to settle on a single franchise and to tell the story of the character appearances from all the games in that franchise. For this, I would need a list of all the games, the release date and all the characters that appeared in those games. I also wanted to see if I could find extra things such as game platforms, description and ratings.

With that in mind, I started to explore the API documentation and found what I needed to download. I would need 3 APIs, one for the franchise, two for the characters and the games. Before long we had all hit our first big blockage: the data structure was not good. While it gave you everything you would want, a standard json parse -> text to columns -> transpose would not clean the data. Instead, a lot of filtering and restructuring was required to get the data the way I wanted it to be. In the end, even though I had quite the workflow, although it was relatively simple and easy to do.

Unfortunately, after an hour or two of downloading data, all of our keys were blocked. Thankfully I had outputted enough data to start working on the VIZ and so I moved on to Tableau.

At first, I wanted to craft something that would resemble each character’s appearance across all 39 Resident Evil games. After a while of trying to figure out how to do that, I decided to go another route of looking at the development cycle. As it is the 25th anniversary, I decided to take a look at all the games and their history. I also wanted to show the character appearances as well and this is what I ended with: 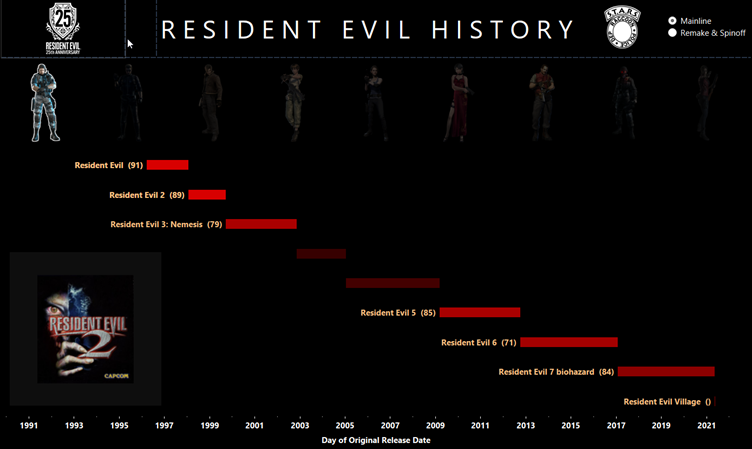 What started as an exciting day ended up being quite a stressful one! The giant bomb API was difficult to navigate and understand. There were also lots of issues with the accuracy of the information that I had to change. There was a lot more supplementation of data required through external sources and manual alteration. However, I had a lot of fun crafting this one!