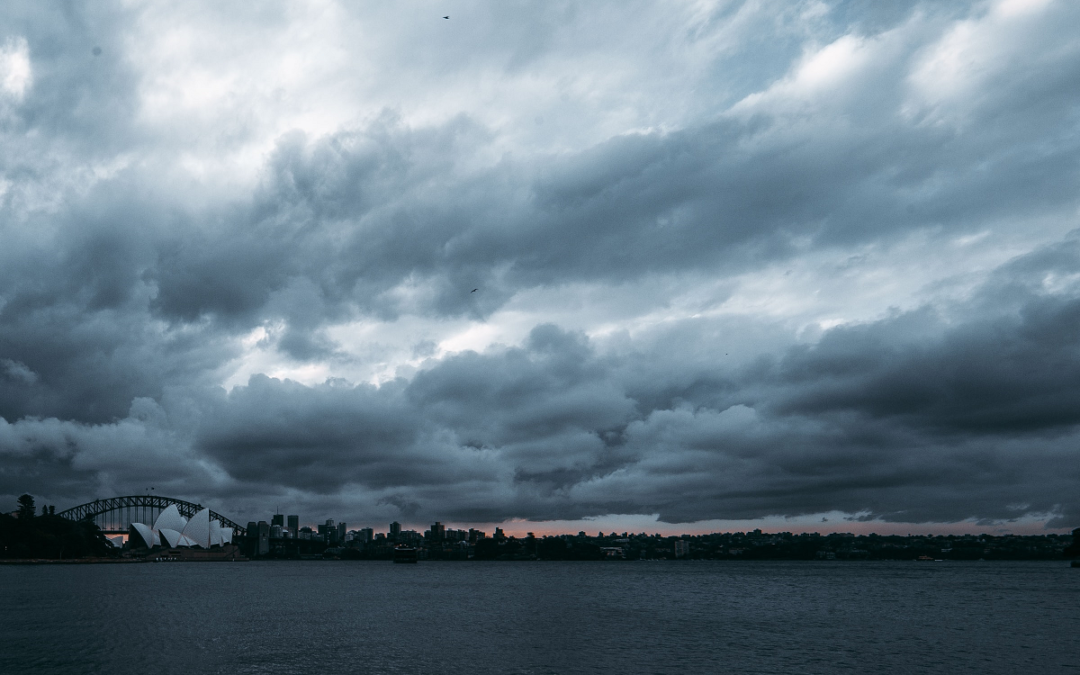 On the fifth and final day of Dashboard Week, the task was to build a Tableau viz using UN Air Quality data. Given the fact that I had already built an air quality dashboard on Monday, I wanted to switch things up. In the dataset, there were many other measures besides just air quality, including air pressure, humidity, particle density, rainfall, temperature and wind speed. The added challenge for today was to not use Alteryx. Not wanting to overcomplicate things, I used only the temperature and rainfall measures in Australian cities for 2019.

The data was, for the most part, clean already and usable right from the get-go. Although, I did do some data quality checking in Excel, where I removed some values that were clearly inaccurate. For example, there were instances of 1000 degree temperatures and negative rainfall records.

In Tableau, I wanted to try out something different. I wanted to build a dual layer radial chart. I did a bit of research and came across a nice multi-layered radial chart guide. This website shows an example of a slightly more complex radial chart since it has more than two layers, but I was able to use several calculations to build my chart.

In the end, I did a little twist from dual radial bar charts. I created an outer radial bar chart showing minimum and maximum temperatures, and also an inner radial chart of circles sized based on rainfall measurement. I managed to get both radial charts on one sheet, allowing both of them to be interactive. I added a hover action to the dual layer radial chart that would update text at the centre of the chart. Here is the final result. 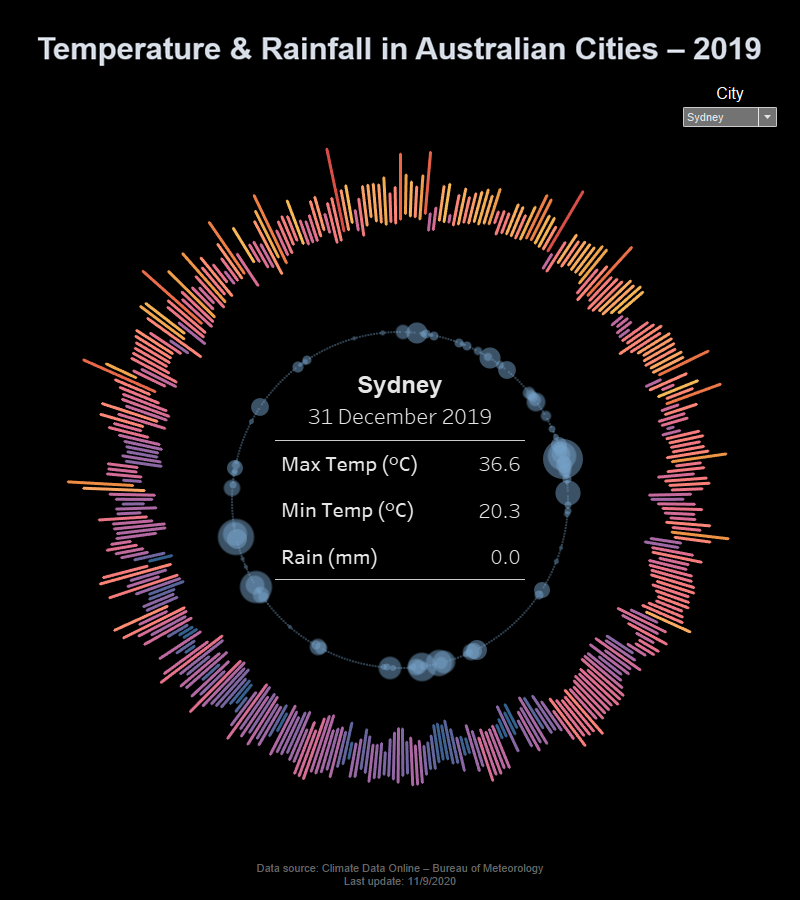 And that marks the end of Dashboard Week. It was a hectic week filled with a variety of challenges. There were distinct requirements every day and being able to build a quality dashboard for each day shows how much I learned over the past few months. Going forward, I am confident that I can utilise my Tableau knowledge and experience for any data visualisation task.