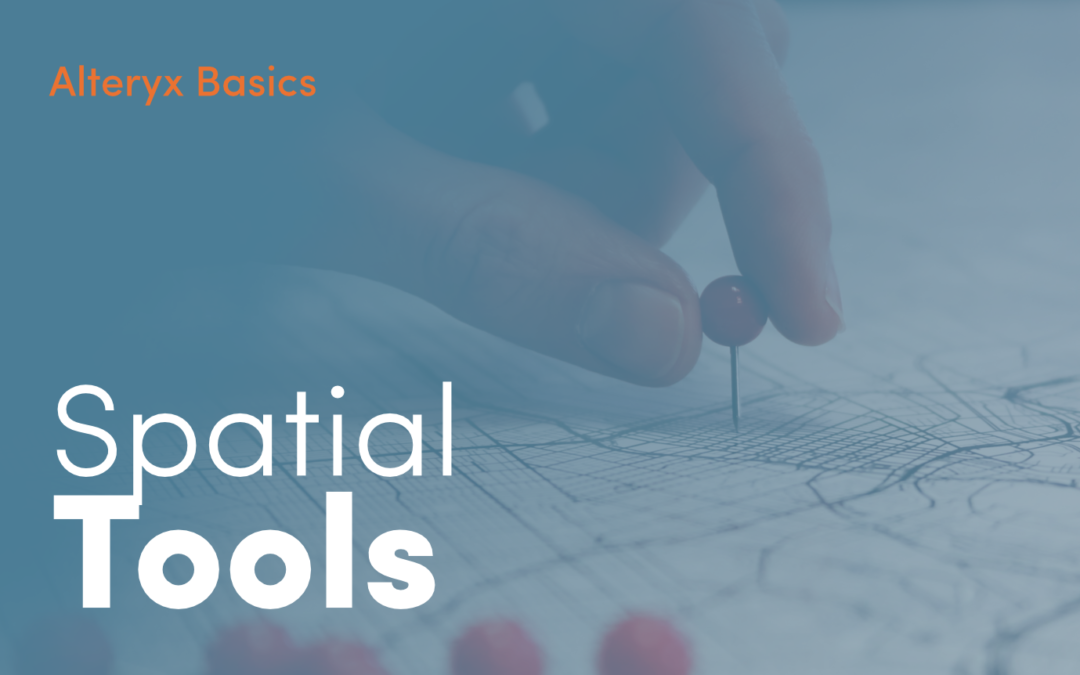 The first and most basic spatial tool is the Create Point tool. As you can see by its configuration, the tool plots a longitude and latitude field on a global map. The radio buttons allow you to switch between the field’s format, being decimal, the whole number or displayed in a geographic projection (with the default being WGS84). This should be the first step in being able to manipulate spatial data in tableau, as the next tools are based on points.

The Trade Area tool is a way to plot an area surrounding a specified point or centroid. After defining the source field, you can specify a value and select miles, kilometres, or if you have TomTom’s Alteryx integration, drive-time. The ‘Eliminate Overlap’ checkbox is only available for specific radii and splices two areas down the middle instead of overlapping. 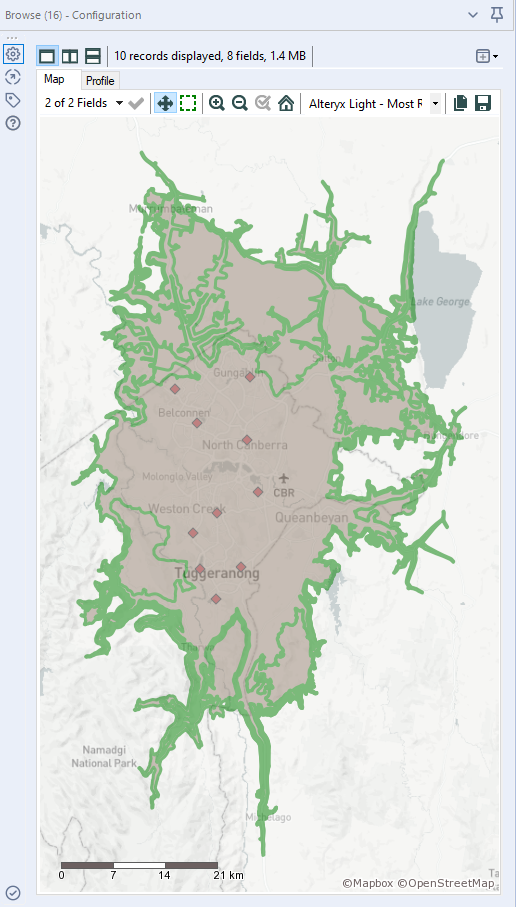 A trade area of 30 minutes drive-time has been plotted from specific ACT hospitals.

The Poly-Build tool is one of Alteryx’s most impressive tools, as it allows the user to create spaces and lines based on an existing set of points. Its configuration details three options, allowing the user to build a polygon, polyline or convex hull. Polylines and polygons required multiple points and a numbered sequence field to order how the shape is built. The convex hull is a neat feature that plots the smallest polygon that can be drawn based on a set of points. Each build method requires a source field, group field and sequence field to order the build sequence.

The Make Grid tool is the last spatial creation tool in Alteryx. You can create grids of varying sizes spanning an entire layer based on a field, or create a grid for each point of a field. After generating a grid for each polygon, Alteryx allows you to ‘Clip to Polygon’. This option confines the grid to the bounds of the referenced polygon. 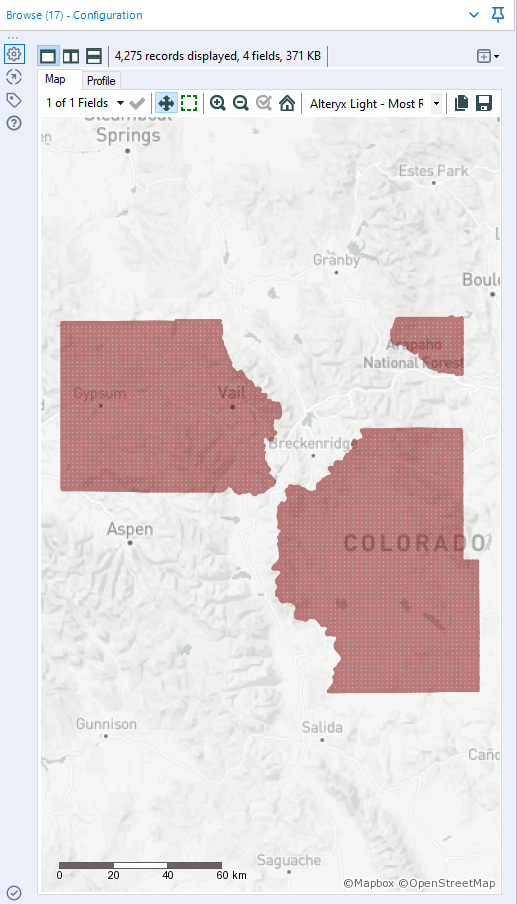 Grids have been made for particular counties in Colorado using the ‘Clip to Polygon’ option.

Alteryx’s Spatial Palette adds functionality to datasets with existing spatial data. After creating a point, there are limitless ways to manipulate data and create insights!