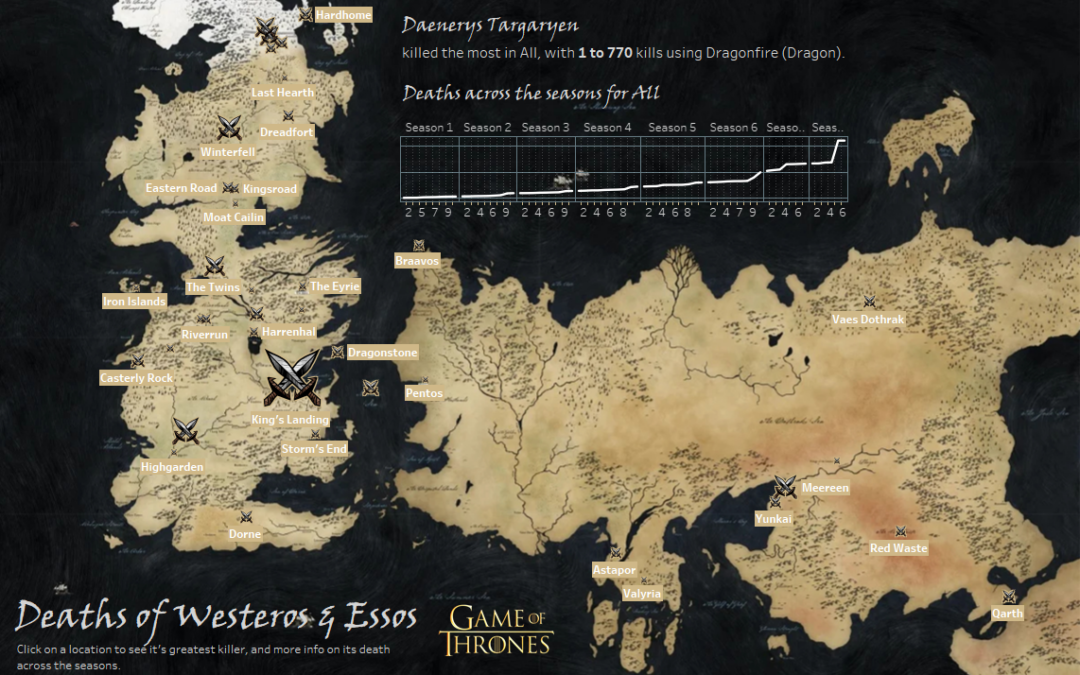 Dashboard week is an infamous week marked on every Data Schooler’s calendar where, for every day, you’re given the task of creating a new dashboard and writing a blog for that day. I missed my cohort’s Dashboard week, and have since been catching up whilst (attempting) to adhere to the strict one-day time block. Here’s my work for the first Dashboard week challenge, in which everyone had to create a Game of Thrones (GoT) Dashboard.

DSAU11’s day one dashboard involved using ‘An API of Ice and Fire’ – a Game of Thrones API detailing the books, characters and houses of the book/TV series. You can access the API here.

My data prep was relatively straightforward, however, I decided to focus on a GoT deaths dataset someone else sourced from the web. My intention was to see how deaths differed across different locations across Westeros and Essos (the GoT universe). This first involved calling the API above and performing some simple data preparation like parsing JSON multi-row formulas.

After this, using the deaths dataset, I had to manually give coordinates to different locations if I was to plot these on a GoT map. These coordinates were related to locations on an image I sourced externally. This involved some pretty big formula tools!

Once prep in Alteryx was done, I brought both tables into Tableau and created a relationship based on location.

My final dashboard design was basically plotting each location on a map, sizing by deaths and then allowing the information at the top to be filtered by clicking on a location. I wrote a blog on background imagery which can be found here. King’s Landing ended up having the most deaths, at the hands of Daenerys Targaryen, who killed 770 people using Dragonfire!

You can explore the dashboard further on my public Tableau profile. 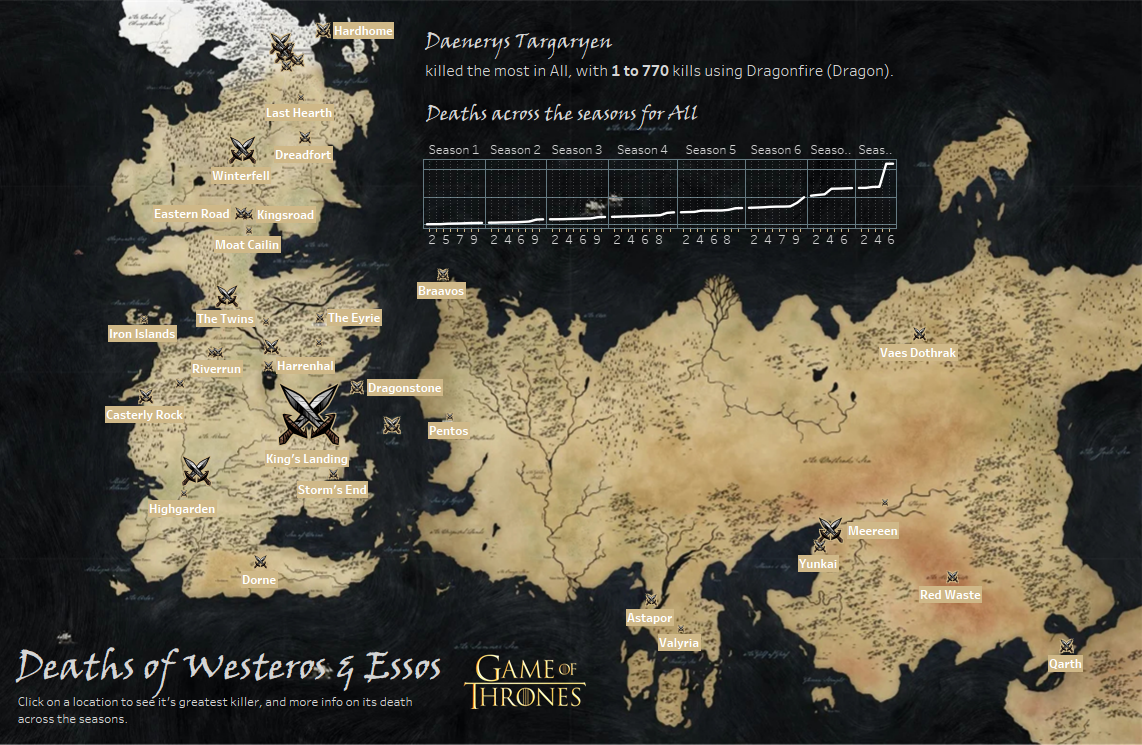