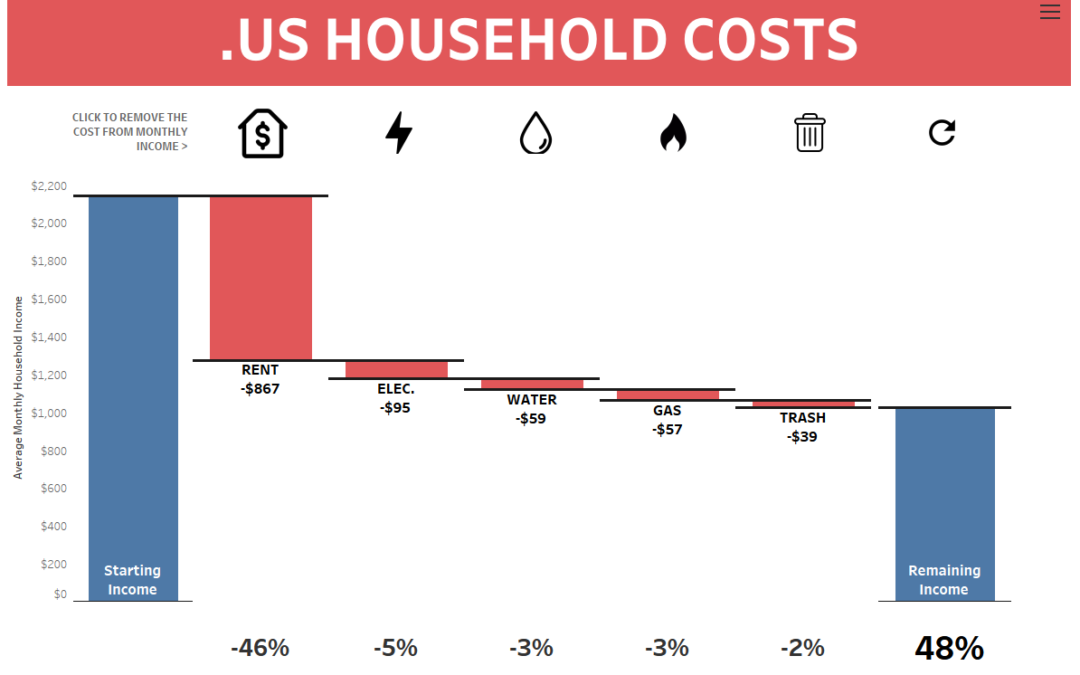 Welcome to Dashboard Week Day 1! In this episode, we were given a dataset on a survey given to US households in 2019. On the surface, you would think it’s the equivalent of Australia’s Census. And in some ways it is, but you would be in for a shock if you thought you could analyse them the same way.

One of the main things that previous data schoolers keep saying, apart from the fact that dashboard week is ‘brutal’, is that it’s really a lesson on timeboxing as much as it is a lesson on scoping.

With that being said, picking the right scope of the story seems the way to go. And really instead of worrying about all of the data, I picked a subset by topic, then again by even smaller topic.

What I ended up with was US Households Costs.

I think ultimately what people connect with is the experiences of others and how they compare to our own experiences. And really, everyone in the world can connect with the fact that the majority of your money is used purely to keep you alive. 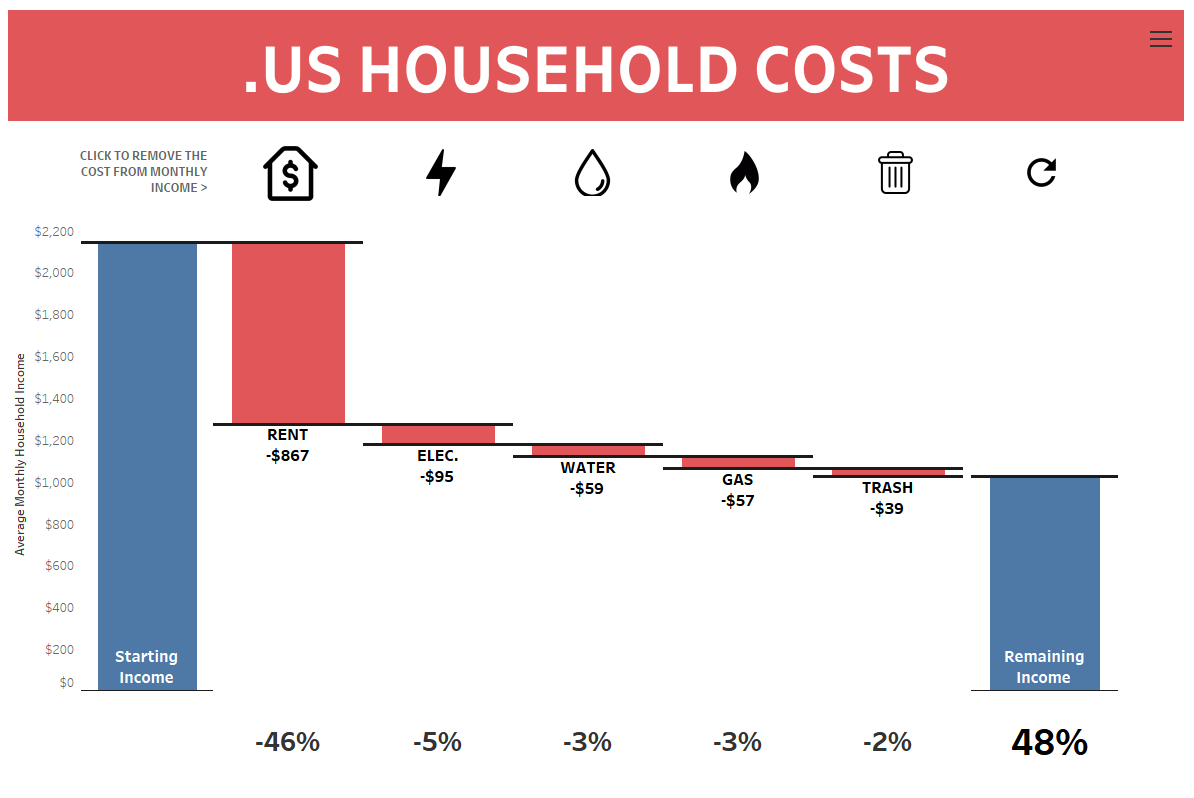 I have been toying with this idea of only presenting the information you want your viewer to see and making them explore the data to actually get more out of it. And with some parameter actions, some custom filters, animations and a waterfall chart (which I think is perfect for this use case), we have a dashboard fit for storytelling.

Let me know what you think.

Unrelated, timeboxing in general is good but don’t allocate any time budget to writing a blog on the train to work… Or you may end up having to write a blog on your phone while standing.