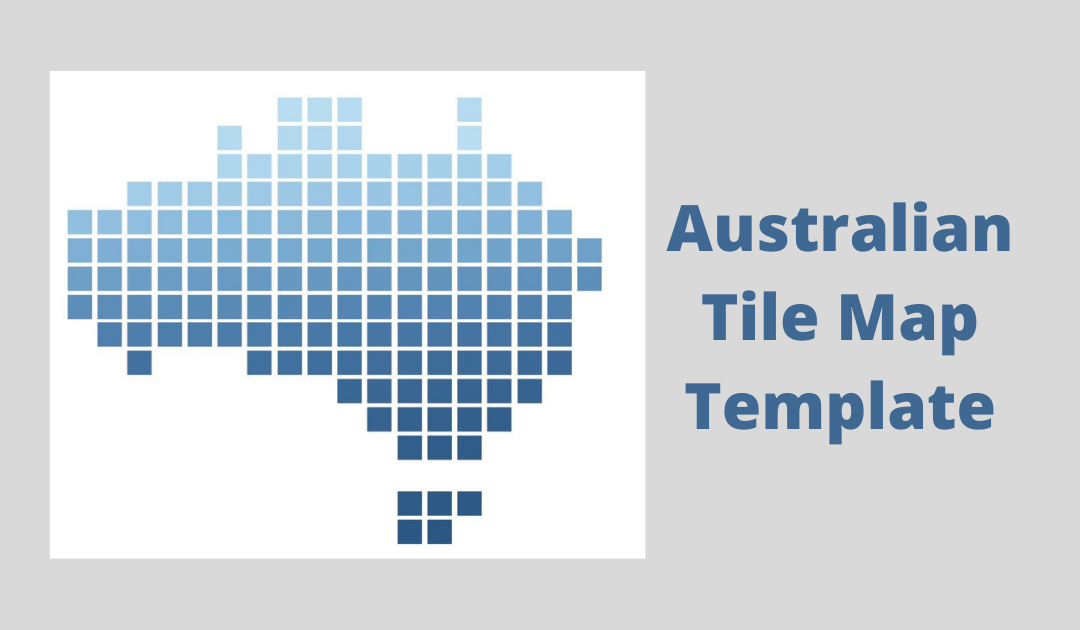 On a recent MakeoverMonday, Andy Kriebel demonstrated an innovative new way to visualise geographic data when plotting the price of mobile plans around the world.

It’s called a tile map, and it has some serious advantages over standard approaches to mapping in Tableau. So, how does it work?

“Tile maps reduce each geographic area to the same shape and size while maintaining their relative spatial positions,” Andy and Eva Murray write in #MakeoverMonday.

“Tile maps are… a useful alternative to filled maps because filled maps can become unsuitable when trying to identify data for small states. When you use colour to represent values on a filled map, variances in large versus small states can be difficult to distinguish because of the different shape and size of each state.”

This is certainly true of Australia, where our vast landscape, and concentrated population centres, disguise the significance of metropolitan cities on maps.

This disparity is even more obvious when visualising electoral divisions. Just take a look at the Victorian seats of Mallee and Melbourne.

Both have a similar population size and are equally significant when it comes to deciding an election – but when represented on a map, sprawling Mallee (81,962 sq km) takes up 2000 times the space of meagre Melbourne (40 sq km).

This leads to some confusing visualisations which you’ve probably noticed on election night.

Looking at the below map, which maps the results of the 2010 Federal election, you’d probably think the Coalition won by a landslide. 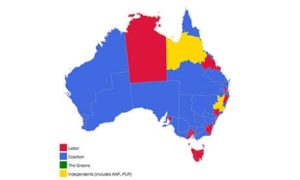 A map of Australia showing the results of the 2010 Federal election by electorate by Illustration: Nick Evershed for the Guardian

But you’d be wrong – the above map actually shows a hung parliament, where neither Labor nor the Coalition gained enough seats to form a majority. Those little red dots are clearly a bit more significant than their size lets on.

The above example comes from Nick Evershed on the Guardian Australia’s datablog. Nick’s analysed this problem in detail, and come up with some impressive new ways to visualise election results.

I’ve also been considering this problem during my first two weeks at the Data School Down Under. Elections aside, mapping electoral divisions is a powerful tool for visualising a number of other datasets – particularly demographic data from the ABS. This is because electorates are generally known and understood by other members of the public – and advantage not shared by the ABS’s formal structures.

Taking Andy’s MakeoverMonday viz as inspiration, I wanted to create a tool that would allow anyone to create a tile map of Australia based on electoral divisions, and it looks like this: 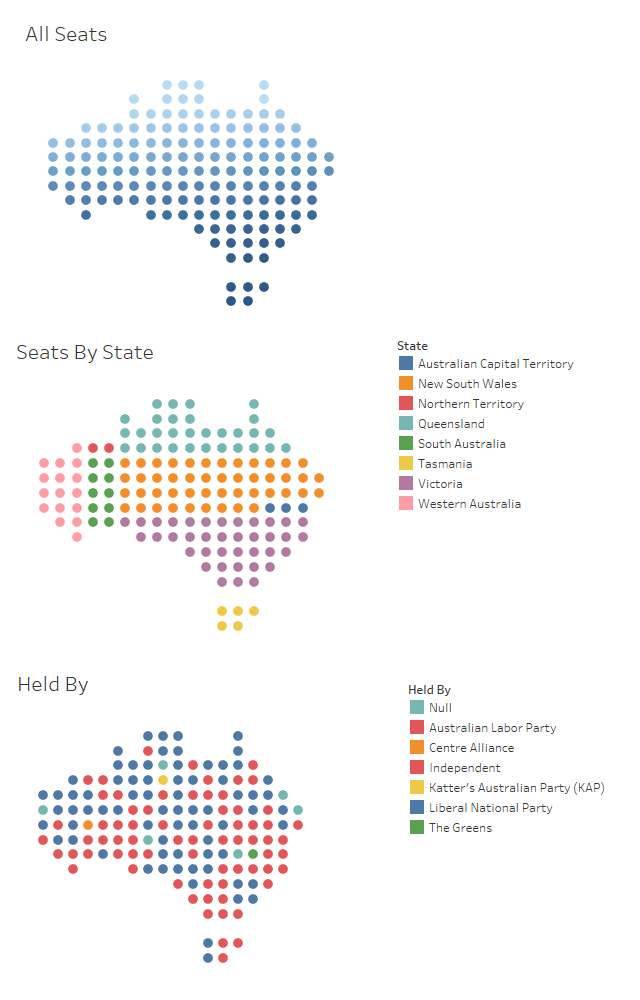 The file needed to create this Viz can be found here. For instructions on using it to build a tile map, check out this how-to by Laura Scavino on the Data School UK’s blog.

When it comes to where and why electorates have been positioned, they’ve first been grouped together by state, then assigned a location with provincial and rural seats sitting to the left of their respective states, and metropolitan seats to the right.

I’ve also added a standardised ID to each shape, flowing from top left to bottom right, to allow for further customisation.

This template is a work in progress, and I’d be keen to hear others thoughts on it – and how this technique could be further improved to help map Australian electorates accurately and with clarity.