On our third day of the dashboard week our task was to create a visualization in Power BI about the disaster of the Titanic. It is a familiar topic for me. This was the data set I chose when I first applied for a placement in the Data School. I was also lucky with this one as I had previous experience with Power BI other than what we learnt during the last 14 weeks.

Our work was expected to include the followings:

I didn’t use Merge or Join simply because I couldn’t find any extra relevant data. Editing the query was not a hard task, however I had to refresh my memories about DAX formulas by spending some time on Microsoft’s DAX site. I downloaded a few custom visualizations from the market place but only used one because the data didn’t require complicated chart types.

My dashboard is quite interactive. You can filter and highlight by all different measures.

Here is an image of my final work: 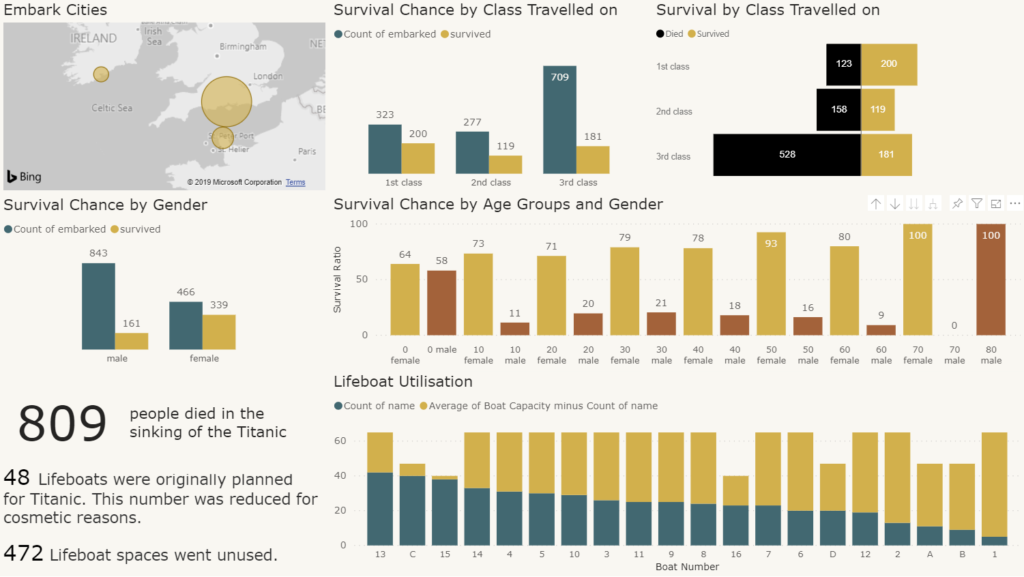 Working with Power BI after using Tableau every day for months was hard at first. There are many things you can’t do in Power BI or you have to do differently. However there are many things that are much simpler to do in Power BI. You can’t customize the charts and the dashboard in Power BI as much as you can in Tableau. However you can easily download a new chart type from the marketplace if you need one. The DAX formulas are similar to Tableau’s functions but I find them more powerful.

Formatting charts and dashboards in Power BI is quite limited but I actually like it because I usually spend too much time in Tableau to make my dashboards look pretty and yet my peers usually come up with something nicer. I’m clearly not artistic when it comes to visual design.

For comparison, here is my Tableau viz about the same data. 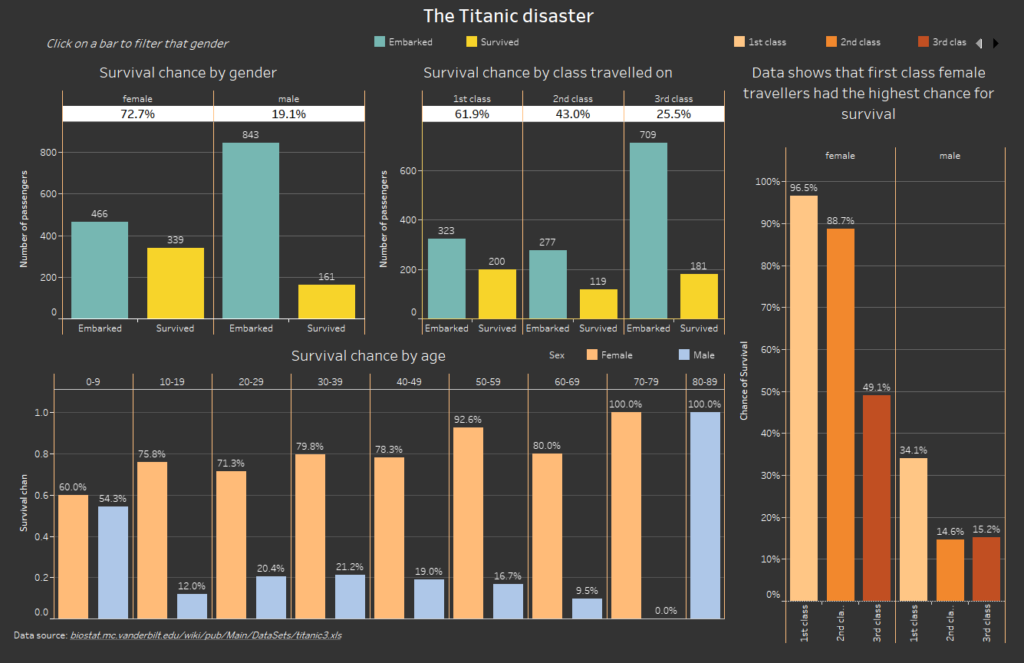 What I Learnt Today

I learnt that the Titanic carried only 20 lifeboats which would have not been enough to save everyone’s life even if the ones on board were fully loaded. 48 lifeboats were originally planned for the Titanic but this number was eventually reduced for cosmetic reasons, to make the decks look less cluttered.

I also learnt that I don’t mind Power BI, in fact I actually like it. I need some more practice around the DAX formulas though.