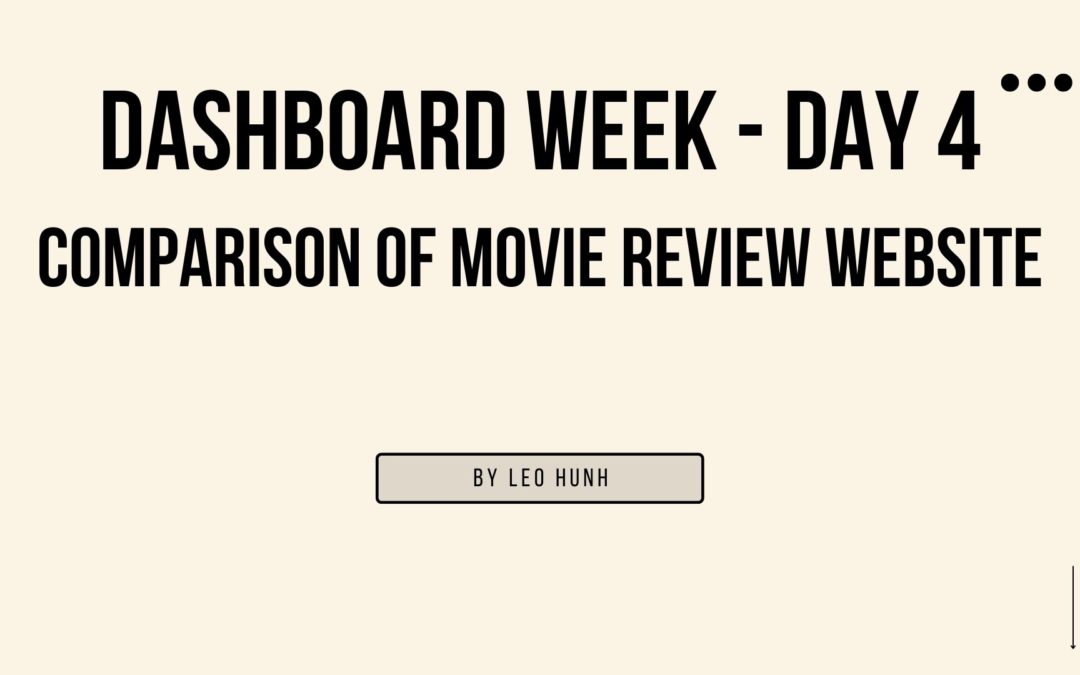 For day 4 of dashboard week, the datasets were from the movie database IMDb (insert link). However, the requirement was for the team to retrieve the data through APIs. The core dataset I retrieved was the ‘Top 250 Movies’ and supplementary data from IMDB. I want to provide a brief explanation as to how I approached this in Alteryx and my insight from Tableau (link to my dashboard).

In Alteryx almost all my workflows have started with something like the above. A short explanation of this is that the Download tool reads the API link from the text input which outputs JSON formatted information from the API and is parsed nicely into different columns.

Which my workflow processes and Produces something readily that looks like so,

I’ve repeated this several times to obtain all the data I need and uploaded it into Tableau.

The main interest in this dataset I’ve created was Is there a difference between reviewer site scores for movies? Overall, I found two things after creating my dashboard.

Leo did a Bachelor of Science degree in psychology and neuroscience at the University of Sydney. While studying at university, he developed an interest in data science and visualisation. He specifically appreciates how data can be used to inform decision making. During his free time, he enjoys playing video games, cooking, and listening to music. His favourite food is Bún bò Huế (Vietnamese rice noodle dish with sliced beef).