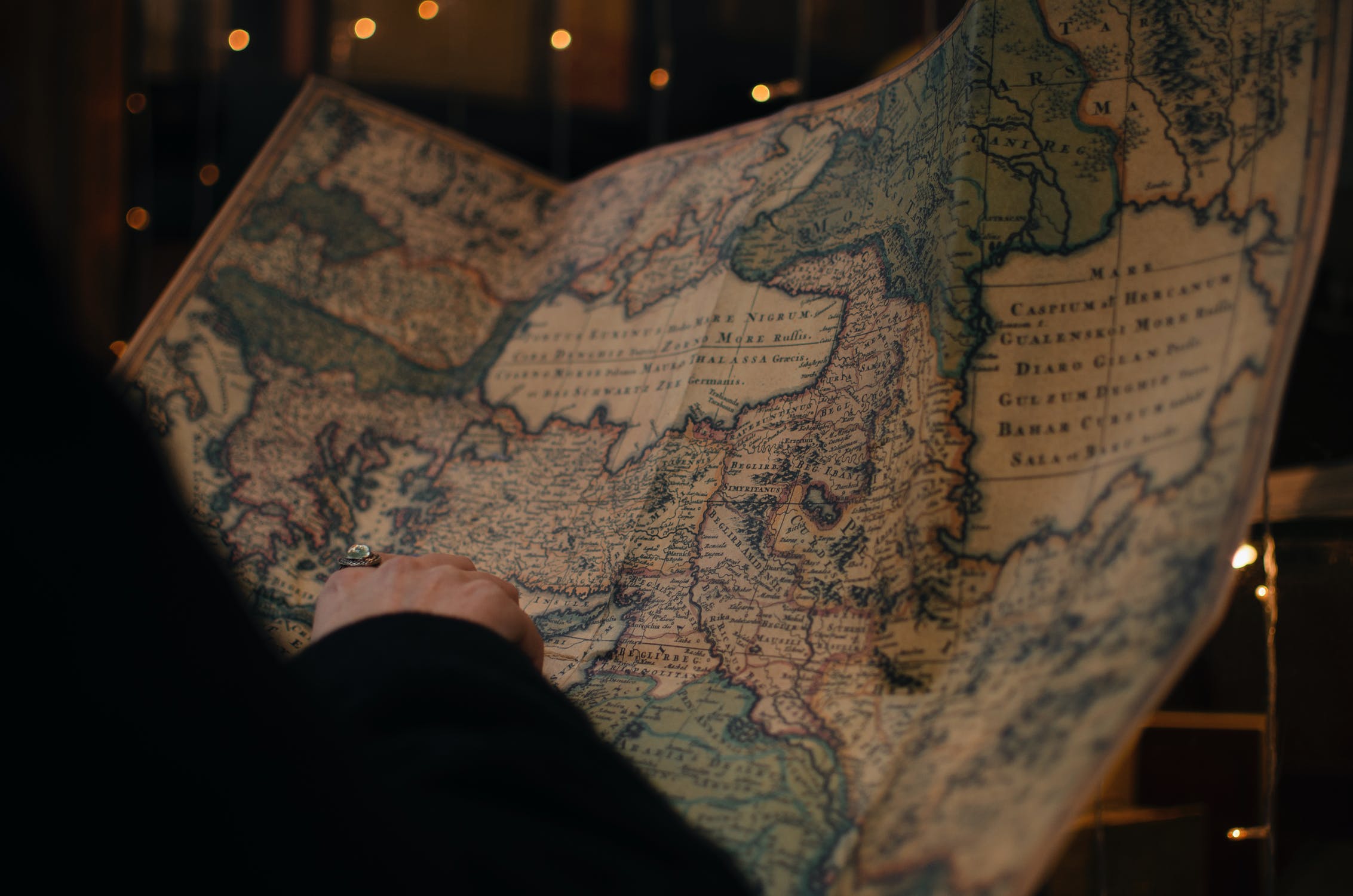 Florence Nightingale (1820 – 1910) was a pioneer in the field of contemporary nursing. During the Crimean War, when she organised the care of wounded soldiers in Constantinople, Nightingale rose to notoriety as a manager and trainer of nurses. Her role as “The Lady with the Lamp,” who visited injured troops at night, helped give nursing a positive reputation and made her an iconic figure in Victorian culture.

Nightingale was a pioneer in statistics, presenting her findings in graphical form to make it easier to draw meaningful conclusions and take appropriate action based on the information. The polar area diagram, often known as the Nightingale rose diagram, is a modern circular histogram invented by her. In data visualisation, this graphic is still widely used. 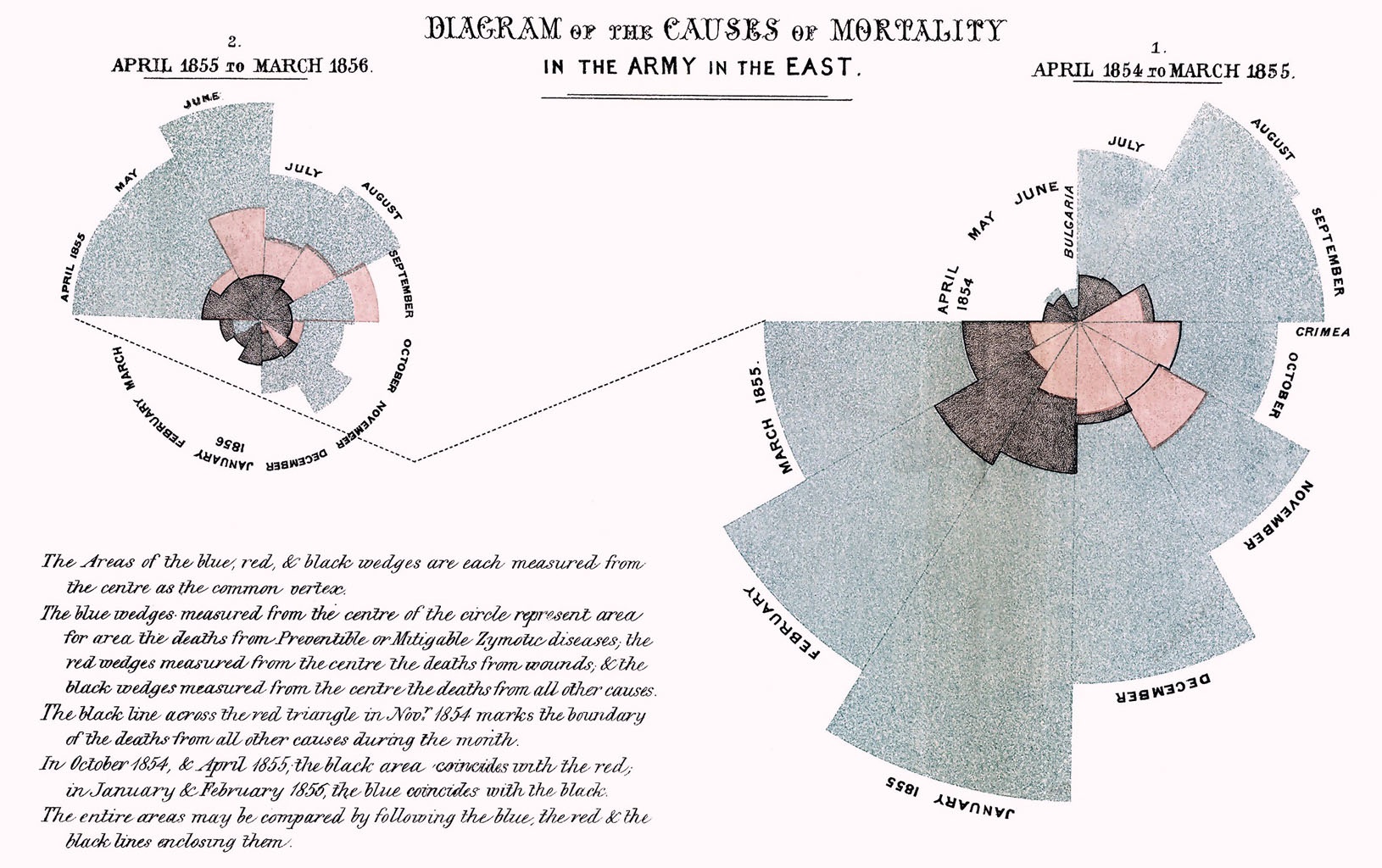 Florence Nightingale. Diagram of the Causes of Mortality in the Army of the East, 1858.

The Nightingale rose diagram (AKA. “coxcomb” or “rose” diagram) created by Nightingale is one of the most distinctive contributions to data visualisation (although she described it as neither). From April 1854 to March 1856, two circles divided into twelve wedges represent the number of annual deaths at Scutari. Blue symbolises deaths from sickness; red represents wounds inflicted by combat and black represents deaths from other causes. As a reminder of the sanitary commission’s visit in March 1865, the two “roses” depict the months from April to March. One can see right away how much larger blue wedges are compared to red, and how this reduction in overall chart area (representation of total deaths) is a direct result of sanitary commission’s involvement.

With her “rose,” Nightingale challenged an established idea that deaths from certain contagious diseases were “practically speaking, inescapable,” and she urged the government to do more to protect the public from them. Nightingale was aware of the importance of well-presented data. When she self-published two thousand copies of her appendix as Mortality of the British Army (1858), she sent them around to influential people she believed could support her cause. As a supplement to Mortality, the “rose” originally appeared in an 1859 pamphlet. When you see a “rose,” you can’t help but think of the way the months pass in cycles, and the shape of a pocket watch, with its unique wedges, only adds to that impression.