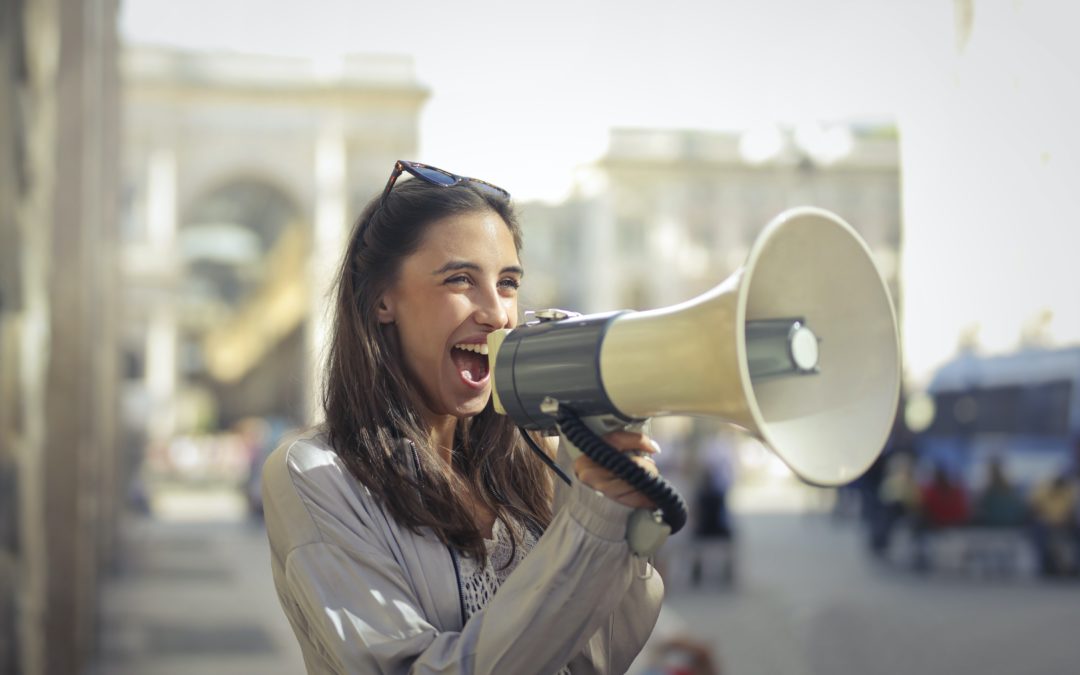 Can’t believe it’s already the second week of my Data School life. It feels like I was just preparing for my interview a few days ago!

The first week in the Data School was all about Alteryx (and meeting new people, of course). There are hundreds of tools in Alteryx, and by only learning a few most commonly used ones, I already found it an extremly powerful tool for data cleaning. A lot of things I had done in Excel manually before can actually be done in Alteryx in a much efficient way. Here I’d like to look for an example of cleaning multiple null values by Formula Tool and Multi-Row Formula Tool.

The data I’m using today has a hierarchal structure in Excel, something similar to this. 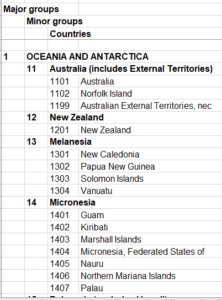 When I input it in Alteryx, it will look like this: 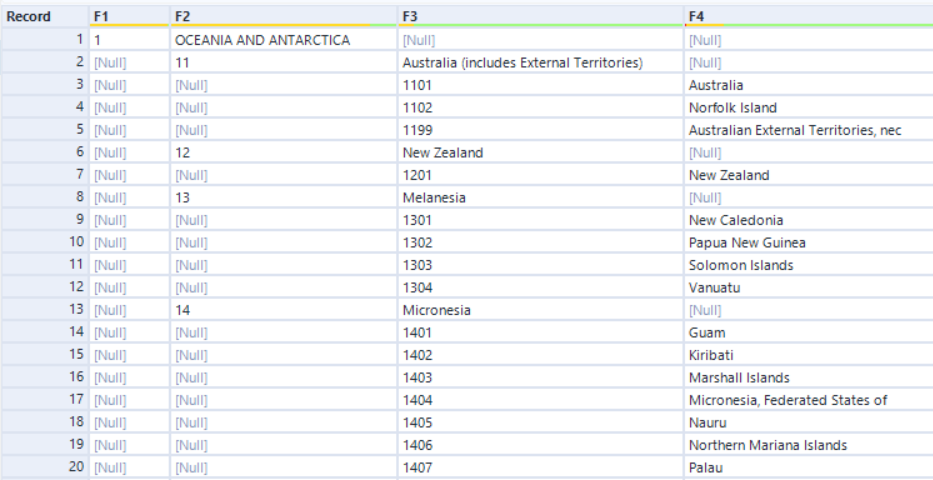 But I want it to look like this, with no null values and all codes and group names in different columns.

How Does It Work?

To achieve my target, first I can use a Formula Tool to create multiple new columns, and followed by a Select Tool to only retain those needed ones. 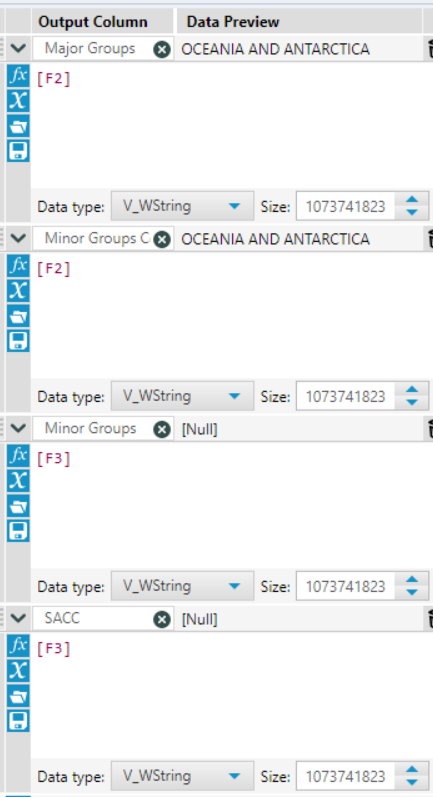 After running the workflow, the result should look like this:

Now it looks closer to my target! The expressions I use in the following four multi-row formula tools are:

After these steps, my result is now looking like this, which is pretty close to my target!

The final steps are using Filter Tool to filter out null rows in Countries field and Data Cleansing Tool to remove unwanted whitespace. Then I manage to alter the initial data to what I’d like it to be, which is much easier for join with other data for further analysis.

This is a simple example of using a few Alteryx tools to clean my data. Can’t wait to learn more in the not-too-distant future!