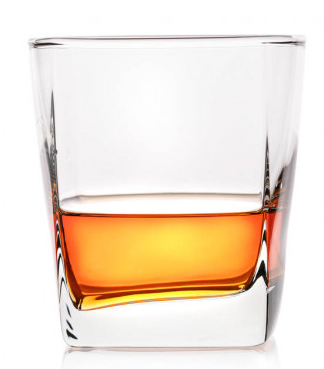 Today we worked with the Whisky Hunter API. It’s the darndest thing I’ve ever saw. I don’t understand why a person would accumulate large amounts of whisky with no intention of drinking any of it. But maybe I’m just unsophisticated.

Pulling out the data into a useable format proved much more challenging this time. I reckon I spent 4-5x as long in Alteryx compared to yesterday. The whole process included pulling out a list of distilleries from the API, then using that list to pull out another list featuring more detail for each distillery, and then cleaning both lists.

The dashboard itself was OK. I had a plan for what features I wanted it to include and I mostly managed to execute on that plan. You can use it to drill down on a country’s whisky production stats, get a list of top distilleries, and then get stats for selected distilleries.

Unlike yesterday, I didn’t sink a lot of time into trying to get an LOD to work, nor did I spend nearly two hours building a pictograph that turned out to be unusable. Today, it was mostly smooth sailing. 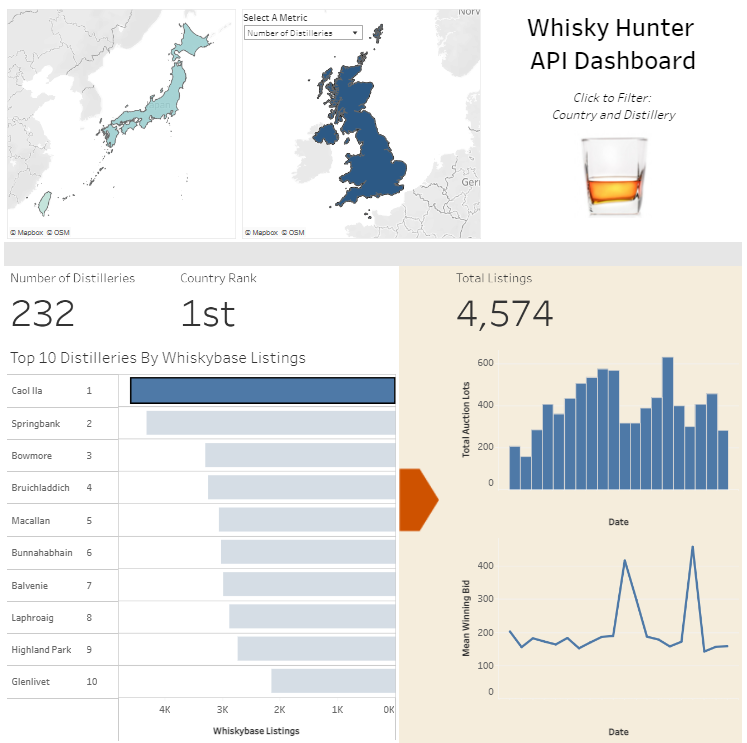 I did run into one issue, which is that I expected there to be more regions in the dataset. Turns out there are only three: Scotland, Japan, and Taiwan. Instead of just putting up the whole world map with the option to pan and zoom, I ended up inserting two separate maps fixed to the UK and East Asia respectively.

You can play around with the dashboard here. This has been John Jiang with another 1am blog post. I’ll see you all tomorrow.